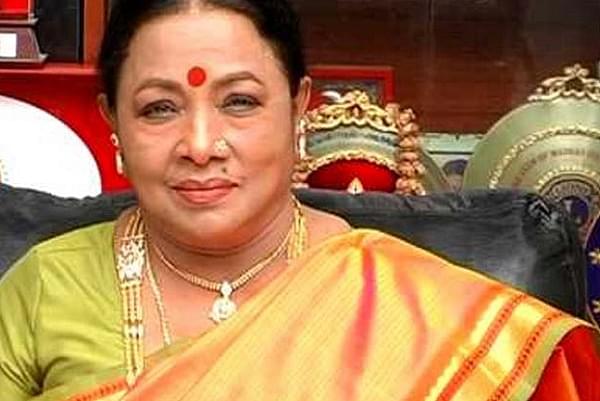 Manorama is from that era where mainstream cinema still meant good music, classy acting, good storylines, and, above all a patient, involved audience.

Manorama, actress who graced the Tamil silver screen is no more. What an inspiring success story! No connections, no family links, just sheer talent that propelled her right to the top!

Born as Gopi Vasantha to Kasi Udayar and Ramamirtham in 1937 in Mannargudi, her family migrated to Karaikkudi, to break out of poverty. Her life in Chettinad also earned her the name Aachi! She made her debut in the Tamil film, Malayitta Mangai as a comedienne. From then, to use a cliché, she never quite looked back. I am not sure if anyone has made a list of all the movies she starred in. She lived through her life in screen roles – as a young girl (Anubhavi Raja Anubhavi), Mom (Gentleman), Grandmother (Thamarabarani).

Histrionic talent (actually all movies!), brilliant dialogue delivery in the correct Tamil accent (e.g. Thillana Mohanambal), and spontaneity (again all movies!) marked her screen presence. To call her a comedy actor does not do her justice. Indeed, she performed roles as comedienne with aplomb, but what marked her career was the sheer talent that came out through her multiple character roles as well.

Today’s generation may not be aware that she also lent her voice to some great film numbers of those days. She brought to the screen a different style of singing – full throated, earthy and pitch perfect! Va Vaadhyare Vootande from Bommalattam immediately comes to mind (more about it in a bit!) One oft mentioned aspect of Manorama’s reel life is the warmth with which she dealt with her fellow stars. Jayalalitha’s tribute to her was from her heart and speaks a lot about Manorama as a person.

Today’s generation is exposed to movies where technology smoothens out a lot of edges and even compensates for weaknesses in many areas. Entertainment overall is managed with short attention span elements! Acting talent is more a “good-to-have” rather than a “must-have”. In the 60s and 70s, artists did not have that luxury. Manorama occupied the silver screen those days with her talent that obviated the need for other props.

A variety of forces are impacting on the Indian movie industry forcing change in many directions. Crowding of the mainstream space with Hindi Bollywood (that abominable appellation) offerings has been leaving less and less space for genuine, locally appealing histrionic talent in that space. Other finer aspects of the art like music, story telling too are yielding space to technology-led innovations. Manorama is from that era where mainstream cinema still meant good music, classy acting, good storylines, and, above all a patient, involved audience! When she was around though not very active, she was still a link to that era! No more!

Tailpiece: I personally think her song Va Vaadhyarae covers the essence of Madras Jam Bajar Tamil. A challenge to all those who claim to know that unique dialect well, will be to listen to that song and translate all the words therein into ‘normal’ Tamil!