Muri Ghanto: The Story Of India’s Own Paella 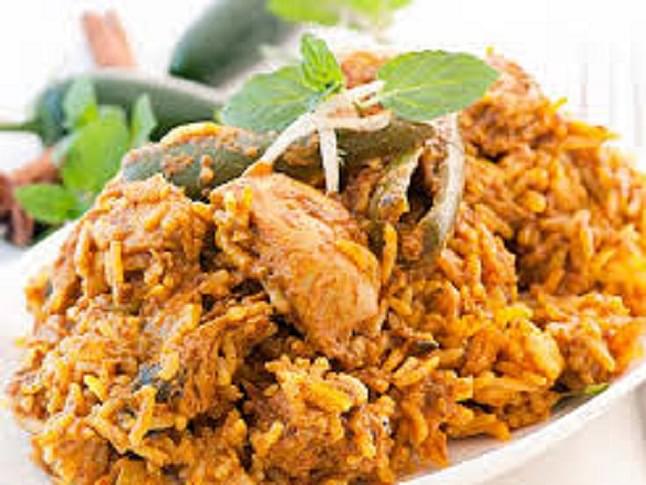 For the uninitiated, the Muri Ghanto may well appear like a distant cousin of the Spanish Paella, comforting, exotic and excitingly addictive even with its rustic look and minus the rabbit. Muri Ghonto, unlike the Paella, is made with fish head (and tail) and rice. Of course the later versions replaced the rice with mixed vegetables, lentils and greens, but the authentic Muri Ghanto, which becomes Muri Ghonto in Bengal and Assam, till date is made by smashing the head and the tail (the rejects of the rich back in time) that is cooked with local rice variety. And it is a popular breakfast dish in the interior parts of Odisha and Bengal.

Though the dish originated during the early years of the Silk Route, when food in the ports was a local delicacy, by the time it became popular in-road it had taken on a more modern day appearance with the addition of garam masala and also new age ingredients like the potato, tomato and onion.

This is the reason that the ancient dish (said to have originated around the ports of Kalingapatnam ) often makes people also correlate to its Persian brethren the Fish Biryani, given the use of similar spices to give it its unique fragrance and charismatic palate – cardamom, bay leave and garam masala. Not for the Ghonto aficionados, however, who deem it much older and far richer in flavours than the Biryani.

But the original is much different from the present form. Made of leftover fish – usually the tail and the head – it used the stock seasoned with salt, turmeric, ginger and bayleaf to get the flavour balance. Slightly soupy in texture, it was a one pot meal both for the traders and merchants leaving the port or arriving.

It is that fine balance of flavours without the overpowering spice aromas that even today, according to Manju Das, “makes the dish such a classic, which at first look seems like a quick assembling of rice, spices and fish leftovers that are smashed for convenience. But in reality needs the mastery that would go in making an Aash as like the Nizami dish, this one too is all about how well you can hero the fish and rice than the spices, which play the secondary role.…So when you bite, you first get the well flavoured pimpuri basana rice (a special variety that grows around the coastal area), which is flavoured with the juices of the bones and skin of the fish followed by the gooey softness the fish broken by the texture of one of the big bones of the head. All this with the heady aroma of the cardamom tempered in clarified butter made of cow’s milk. ”

The idea, says culinary archiver Ruby Rout, “For such intricate layers is to make Muri Ghonto not only a self-sufficient meal in itself, but also appeal to palates that aren’t used to such overwhelming flavours (like the mustard oil and bony fish like rohu).”

After all, say the experts, “It is the hallmark of all coastal dishes, which originate in and around the port like the Muri Ghonto – which are high on flavours but of the key ingredients.”

In fact, Muri Ghanto’s local brilliance not only made it a favourite meal of traders at the port station of Chandrabhaga and Tamralipta  (Modern day Tamluk and the exit point of Mauryan trade route), but also made it the most well-travelled dish at the time, with its own variations – like the Malaysian one known as the Red Snapper Fish Head Curry. Or the Bengali version, where tomato, potato and onions are also used to give the curry – which in Odisha is more of a traditional Ghanto or pulp. It is an interesting twist of taste. Or, the Assamese Muri Ghonto, which has been inspired by the Bengal one and has vegetable instead of the original rice. In fact, the Mithila (Bihar) one, whose ancestry is pegged around the time the Bengali variety developed, became the first to replace rice with Moong dal and inspired the now popular variety of Muri Ghonto. This variety is made of fried channa dal and fried head and tail of the fish found in Baripada, Cuttack and even Raj Kanika, where it is a must have during a wedding or a feast.

So how did a fisherman staple become a royal feast highlight? It’s partly thanks to the traders and merchants, who took the recipe and the cook to their part of the town to create their own version, and part to the sailors who introduced it in the ports that they traded in or kingdoms they set up – like Kalingas did in Bali!

The more plausible theory is of the Muri Ghanto entry into the royal kitchen through the game table – which in Odisha is the actual definition of royal food, and used to have delicacies like turtle soup, rabbit roast, steamed crab, grilled prawns and dishes made of deer meat including a fragrant pulav.

It is said that the hunting expedition was often stationed around a lake or a river primarily because of the easy access to the fish – which would form a part of the post-hunt meal for the hunting party on a good day, and for all the meals on a bad day. A minimum presence of 50 dishes in the meal was a standard practice – each with its own unique charm.

It was an attempt to satisfy the whim that a lot of temple delicacy like puda macho (smoked fish) and the Muri Ghanto came on the royal table, though with its readjustment done. The iteration that reached the Mayurbhanj table for example used a mélange of spices called the garam masala. It was here that the tempering of clarified ghee made with cow’s milk was introduced. The one that reached to Assam thanks to the moving Muslim population already used the onion-garlic-ginger paste as the base and tomatoes for the sourness.

Though a popular legend attributes the royal popularity to a certain Princess Sahri of erstwhile Kalinga. A brave seafaring warrior, Sahri had ventured to Thailand to create her own kingdom – as was the tradition back then - and defeated the king but was drowned on the way back due to a choppy sea and bad weather. It is said that Muri Ghanto was one of her favourite food, which she preferred having when setting on voyage and called it “a fighter’s fuel.” After all, here was a dish that was filling, nutritious, delicious and ode to the best gem of the sea – fish!

And since then it has been a part of many celebratory meals. What hasn’t changed of course in all these years, which saw Muri Ghonto made with dal (a Mithila innovation), greens (a Baripada creation) and mixed vegetable (found extensively in Bhubaneswar and weddings), is the use of leftovers – fish head, broken into two and the tailed, which is mashed to give it that rich pate like smoothness.