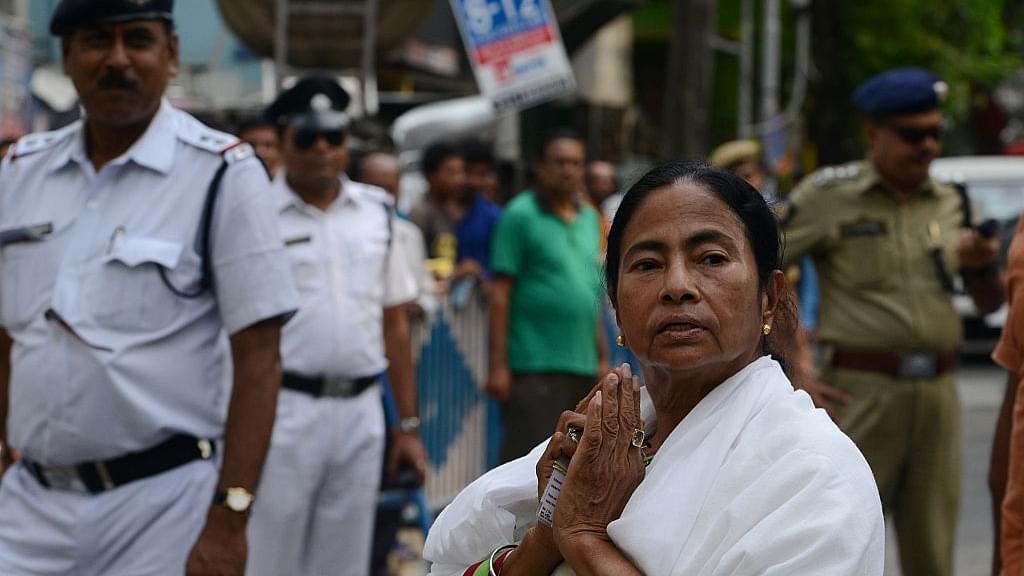 Like her Marxist predecessors, Bengal Chief Minister Mamata Banerjee also never tires of claiming that her state is a ‘safe haven’ and her police force the best in the country. But the crime statistics just released by the National Crime Records Bureau (NCRB) proves those claims to be totally hollow.

The ‘Crime In India 2015’ report compiled by the NCRB and released by Union Home Minister Rajnath Singh a few days ago shows that West Bengal is well ahead of most other states in number of crimes registered – murders, attempts to murders, rapes, attempted rapes and abductions. Though West Bengal is home to roughly 7.5 percent of India’s population, its crime statistics place it at a level worse than the ‘badlands of India’ – Uttar Pradesh, Bihar and Haryana.

Another oft-repeated falsehood – that West Bengal is safe for women – has also been nailed by the NCRB report. Number of rapes and attempted rapes in West Bengal stood at seven percent of the all-India figure. This, though lower than Uttar Pradesh (9.3 percent), Rajasthan (10.93 percent), Maharashtra (11.22 percent) and Madhya Pradesh (12 percent), cannot be of any solace to Banerjee.

Bengal also earned the dubious distinction of registering the highest number of cases of attempted rape at 1,551, which was 35.3 percent of the all-India figure of 4,384. In comparison, Uttar Pradesh accounted for 9.6 percent of such cases, Rajasthan 9.2 percent, Maharashtra 0.3 percent, Madhya Pradesh 1.3 percent, Bihar 9.19 percent and Andhra Pradesh 4.6 percent.

More shameful still is that Bengal was just below Uttar Pradesh (with its much higher population) in crimes against women – rapes, molestations, dowry harassment and deaths, eve-teasing, stalking etc. West Bengal logged 33,218 cases of crimes against women, which was 10.4 percent of the all-India figure. Uttar Pradesh registered 35,527 such cases, or 11.4 percent of the national total. But the number of women in Uttar Pradesh (1,021.2 lakh) is more than double compared to West Bengal (452.5 lakh).

As for Banerjee’s claim that the West Bengal Police was the best police force in the country, the NCRB report falsifies that. The Bengal Police are one of the worst – the worst among major states – among police forces of all the states in investigating crimes. “Good investigation of crimes and filing of strong chargesheets that can sustain judicial scrutiny and lead to convictions is the hallmark of a professional police force,” said a former commissioner of Kolkata Police who did not want to be named.

However, the West Bengal police have a very high ‘chargesheet’ rate: that is, the number of chargesheets filed in court against the number the cases registered. At 84.7 percent, it is higher than the all-India figure of 81 percent, and much higher than states where conviction rates are higher.

“This is a clear indicator of the fact that the West Bengal Police file chargesheets against accused and offenders in a hurry without proper investigation. And they also don’t know to file proper chargesheets. They are unprofessional in their duties and have little knowledge of legal procedures. Hence, the chargesheets don’t stand up to judicial scrutiny and the accused go scot free in most of the cases,” said the former Kolkata Police commissioner.

But police officers and senior lawyers cite another reason for this. They say that since the West Bengal Police is a highly politicised force, the police file weak chargesheets in most of the cases. “A complainant has to be more politically and economically powerful than the accused for the police in Bengal to investigate a case properly and file a strong chargesheet. In most cases, an accused, even one who is guilty of heinous crimes like rape and murder, seeks and gets political protection or is already a member, activist or supporter of the ruling party, which leans on the police to file a weak chargesheet. This is because politics in Bengal is so closely linked to crime and criminals and politicians are so heavily dependent on criminals for support and votes,” said a senior lawyer of the Calcutta High Court who deals with criminal cases.

All this makes West Bengal a much more lawless state than most other states in the country. So much for the ‘safe haven’ tag that Bengal wears on its tattered sleeves.