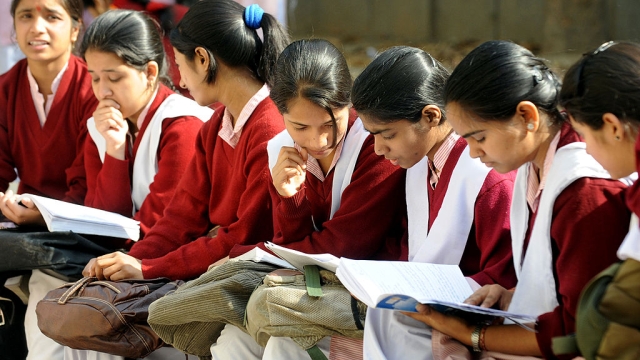 The Central Board of Secondary Education (CBSE) has withdrawn its affiliation to six prestigious schools run by the National Education Trust in Bengaluru, jeopardising the future of thousands of students.

The withdrawal would mean that students from these institutions cannot register for the 10th standard and 12th standard board exams. The affected educational institutions are five of those operated by National Public Schools (NPS), and the National Academy For Learning.

The board was acting on a complaint originally filed by the National Commission for Minority Educational Institution (NCMEI) in January against K P Gopalakrishna, founder-chairman of the NPS group of institutions. The Department of Public Instruction under the Karnataka Congress government has also filed a similar complaint.

The NCMEI in its complaint alleged that the NPS institutions had forged signatures to create fake minority certificate to escape the provisions of Right To Education (RTE) Act.

The RTE Act requires non-minority educational institutions (read schools run by Hindus) to provide reservation in admission to children from socially and economically weaker sections of the society. Minority institutions are exempted from this provision of the RTE Act.

In Bengaluru, many top convent schools, mostly set up by British Christian missionaries at prime locations, are outside the ambit of RTE, enabling them to maintain complete autonomy over the academic affairs including admissions and sustain provisioning of quality education. Given the unfettered academic freedom that comes with minority tag, reputed schools in Bengaluru like NPS, CMR Public School and Sree Vani Education sought to take recourse to “linguistic minority” route to stay outside the provisions of RTE and escape the draconian inspector raj in education.

Speaking to the Economic Times Gopalkrishna branded this move as a “big conspiracy” and said the CBSE had not followed the due procedure. “Neither a show cause notice was issued, nor an explanation was sought. We were kept in the dark. There’s a big conspiracy. I can’t name who, but they have given it a religious colour.”

“The NPS group has not officially received any formal intimation or information from the CBSE with regard to withdrawing affiliation at present. We strongly refute the allegations of forgery of documents and clarify that RTE students have been admitted for the past three academic years. We are seeking legal counsel to address the issue, and all processes are underway. The NPS group of institutions is committed to safeguarding the interests of all our students and no effort will be spared to set the record straight.”

The entire NPS controversy also raises a disturbing question about the overreach of NCMEI. It has come under frequent attack from its critics for its brazenly communal agenda. A public interest litigation has been filed in the Allahabad High Court seeking to declare the NCMEI Act of 2004 unconstitutional.

NCMEI was established by Congress-led United Progressive Alliance government through an ordinance in November 2004, purportedly to protect and safeguard the educational institutions run by ‘minorities’ in India. The ordinance, later replaced by a law, mandates that the commission will comprise a chairman and members - all belonging to the minority community.