Of Deepavali, Laddoos, And The Chhappan Bhog 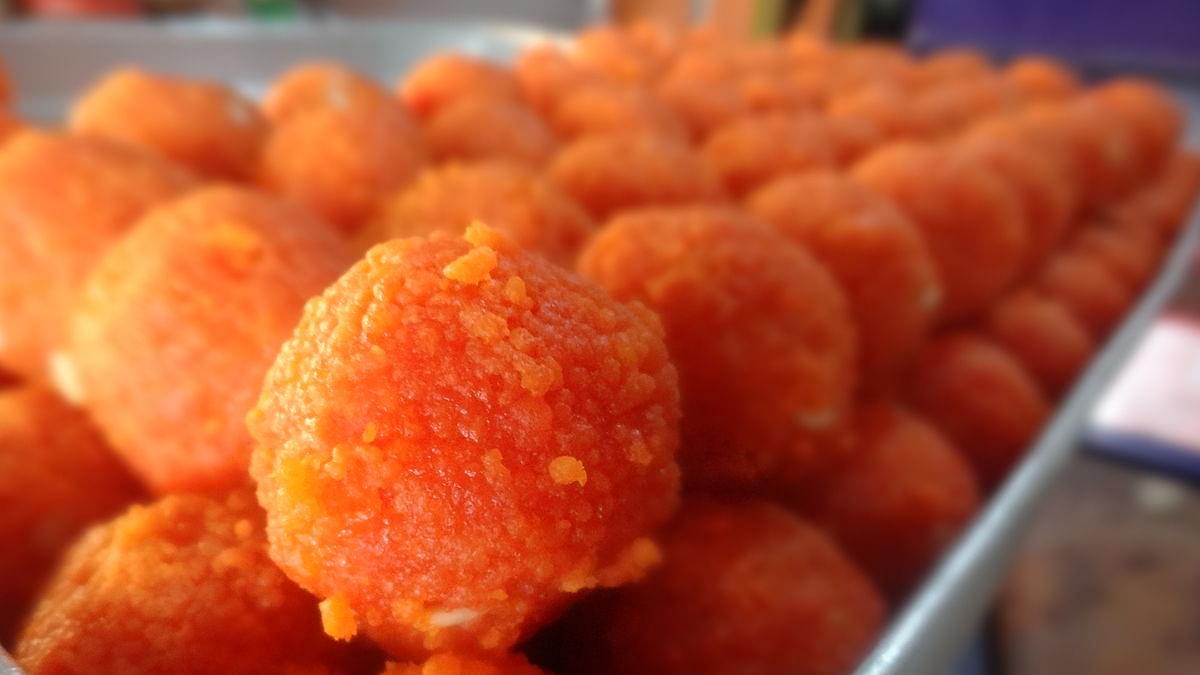 Why do we celebrate Diwali? For a good part of north India, it is to mark homecoming of Rama, after he slaying Ravana. Move south and the celebrations happen a day before to celebrate Krishna’s slaying of Narakasura. Travel east and the joyous occasion is because Ma Durga is believed to attain the form of Kali on this day. For Jains, it is the day Lord Mahavira attained nirvana and for Sikhs, it is when Guru Hargobind was released.

While this explains Diwali’s pan-India presence, ever pondered about the sweets that are associated with the festival? How did they come about? Why Deepavali reminds one of motichur ladoo or why Kali Puja, which is east India’s cousin of Deepavali, is the time to relish a kosha mangsho? Or for that matter, what is chhappan bhog’s relation with the festival of lights? After all, chhappan bhog is a part of the Govardhan Puja, which is a day after Deepavali, and is celebrated to thank god for his graciousness for yet another good harvest. Of course, the legend is about how Krishna saved from Lord Indra’s ire by balancing Mount Govaradhan on his finger, sacrificing food and water for seven days and nights.

Fascinatingly, the association of ladoos has little to do with the legends of Deepavali, and more to do with its existence and popularity as an ancient sweet and an equalizer.

According to certain excerpts in Abhilashitartha Chintamani, laddoos around the Chola and Chera dynasty rose from being a medicinal pill (legendary surgeon Susruta The Elder used laddoos, then a delicious mix of sesame seeds, honey and medicinal herbs as an antibiotic pill to cure surgical patients) to a celebratory treat and a great equalizer. In fact, history states how the Chola kings distributed narayl nakru (coconut laddoos) among their soldiers as sign of good luck before they went to war.

Gradually, of course as folk lores go, the laddoo became associated with victory. It was a matter of time that for its easiness and taste, it became a temple (and festival) favourite. And with that, a quintessential part of celebrations.

At a much later time in history, legend has it that Akbar, inspired by Jodha Bai’s use of besan laddoo as prasad, decided to send a thal of laddoos to Birbal as part of Deepavali celebrations. According to the Akbarnama, the thal’s highlight was the Shahi Ladoo, which was a Persian take on the Indian version – and which came loaded with exotic ingredients like figs, dates, seeds like magaz, and dried fruits like cashews and almonds.

Even the chhappan bhog became a part of the Mughal celebration of Deepavali during Shah Jahan’s time. According to historians R Nath, it was during Shah Jahan’s reign that people would gather at Chandni Chowk in Shahjahanabad to watch the fireworks while relishing the 56 sweet thal.

In fact, says culinary historian Jiggs Kalra, the main attraction of the chappan bhog thal that came to “Red Fort wasn’t only the numerous ladoos representing the culture and deepavali beliefs of each of the region along with paan that came from Golconda and Mewar, cherries from Srinagar and Jauzi Ka Halwa from Hyderabad, but also the namkeens that came from the various communities that held the reigns of trade and commerce of the kingdom.”