Of Pepper, Mehr And A Prized Cuisine 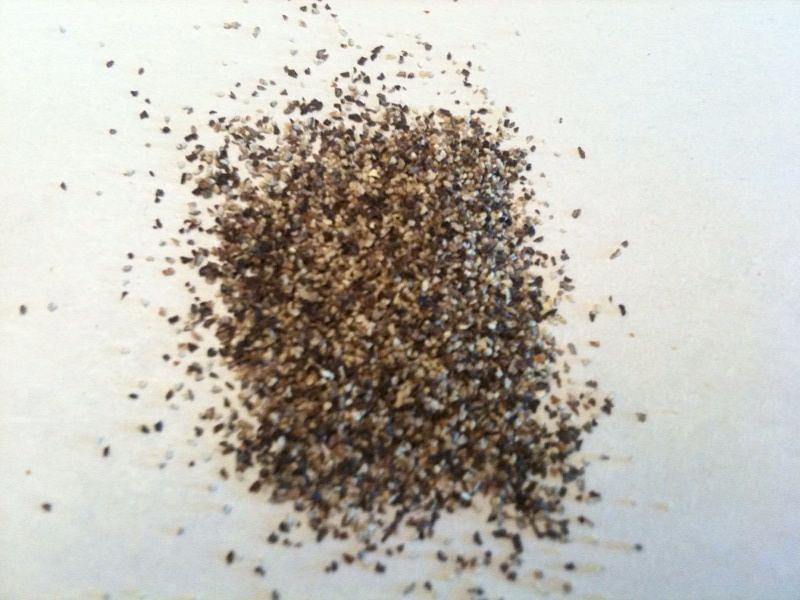 If someone today were to tell you that a single spice can change history, create a new civilization and evolve a breath-taking cuisine, it will seem a very farfetched idea. But that is exactly what happened.

Way before India became aware of the existence of the Aztec favourite, chocolate, and the Mughal Court swam in Shiraz, coastal India had had a taste of such finer things and more, courtesy the Arabs.  It is this community that has exercised the maximum influence on coastal cuisine – especially in the South of India.

The enterprising Arabs first came to the Indian coast -Cochin-back in 1000 AD, in search of one particular spice that the Persian King Darius took a fancy to, and called it the “black globe of flavours”. The spice was pepper, prized more than gold then. How the Arabs found the sea route is still a mystery, but if one has to look at their early years of trading, there was little chance that they could have affected such a change.

For many years, their entry into Cochin was till the Port Town that had everything that a trader would need – a mosque, a church and even food stalls that served food close to what they would get back at home, and of course guest houses for entertainment, where the traders picked up a fancy for voluptuous woman and rich Indian food, and the locals learnt Arabic. The twist to this event came around the mid-13th century. By then, the food in coastal India was rich in fish, coconut and naturally growing vegetables and used tamarind, clove and cinnamon. It also had kebabs, biryanis, payas and bread. In fact, thanks to the Tughlaq dynasty, biryani had already reached the in-lands of Kerala. But all this was about to change.

It all began during one visit of the Yemeni traders to pick up their consignment with the plan to travel to Europe with it. However, no sooner had they collected their packages, weather played spoilsport. With the sea turning choppy for days, the Zamorin, the Hindu king permitted the traders to move inside the city. They created a small settlement, married mehr brides (brides were brought for their tenure there) and in that process created a small community that came to be known as Mappila – which according to many meant the mother’s children(or son in law), making the community a matriarchal society.

Of course, local fishermen and farmers happily entered negotiations as the newcomers promised better economic conditions.  The rich traders not only gave the city an opulent appearance by creating villas and bringing in a new dress code and precious gems-studded gold jewellery to deck their women, they also got their cuisine as well. They became the first ones to introduce chicken, mutton and beef into a society, which till then was predominantly seafood eaters.  So in came a new style of layering biryani, paya, the crab cakes, snacks like ari unda and the softest puttu with kadala curry and more.

The cuisine was very different from one that existed in the rest of Kerala, which was defined by the use of coconut, coconut oil, palm jaggery, rice flour and tamarind. Slowly but gradually, as the Muslims moved in to capture new trading places, their cuisine also spread and by the time Vasco Da Gama landed in Cochin with a letter for the king written in Arabic, he was astounded to find that the city was fluent in many languages including Portuguese, but had a cuisine that was more evolved than the rustic fare available in Arab and Middle East.

The Mappila community was adept at using dates, and took to using tomatoes and chillies with ease that the Portuguese brought in. The Portuguese introduced the stews, breads that were promptly turned into rice flour based paratha or dosai, and the signature dessert called mutamala. Ibn Batutta while taking refuge in Cochin after losing his wealth, noted, “The coastal cuisine is an amalgamation of the best of both the cuisines – Arabic and Malayalam.”

While the flavours were rich, the use of spices was surprisingly spare and clever: chilli powder, turmeric, very small quantities of coriander powder, green chillies, ginger, and garlic. These simple combinations, with tomatoes and coconut oil as the base, gave way to wonders like chemeen porichattu (marinated prawn fry), ari kadaku (shallow fried mussels stuffed with rice powder and spices), koondal kadaku phokuvadu (masala squid and mussels).

Over the centuries, distinctive styles of Mappila cooking developed in pockets – Tellichery, Kannur, Kozhikode – of which Thalassery (Tellicherry) has been considered of possessing the best culinary tradition. A perfect example of this has been the Thalassery Biryani. And others like kozhi thalakanni (pillow chicken), which requires hours of preparation time.

The British who landed in this part of town as a trading company called East India Company introduced the art of baking, which the natives adapted in their own way. The story goes that the first cake ever baked in Kerala was under Arthur Wellesley in Tellicherry Maidan where cricket was first played by natives in 1802. And the Alisa – a sweet version of Haleem –  is said to be an evolution of the kedgee that was served to traders in the port. Years later, In 1883, Carmae Brown (son of Murdoch Brown who built Ayisha Manzil), a cinnamon estates owner at Anjarakandi, asked a local biscuit maker Mambally Bapu to bake a plum cake for Christmas. Sourcing recipes from English ladies and using home-grown spices like cloves, cinnamon, cardamom and nutmeg, Bapu baked the best plum cake, and with that built Kerala’s bakery industry.

From biryani to bread to cake, it was the search of pepper that started it all!