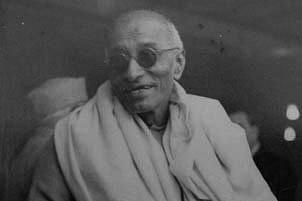 On his 135th birth anniversary, we salute Chakravarti Rajagopalachari, who created Swarajya, the only credible media voice against Nehruvian socialism. Rajaji’s commitment to expanding individual freedoms, and his faith in individual enterprise make him more relevant than ever today.

Click here to read Rajaji’s vision for Swarajya. We will strive, with all humility, to live up to it.

“There is before the country the great problem of how to secure welfare without surrendering the individual to be swallowed up by the State, how to get the best return for the taxes the people pay and how to preserve spiritual values while working for better material standards of life. This journal will serve all these purposes.”

This seems to be the season when long-deceased and near-forgotten political stalwarts who were confined to the dust heap of history are being restored to public memory. Sardar Vallabhbhai Patel and Lal Bahadur Shastri are two of them, whose untimely deaths deprived the nation of significant counters to the dominance of the Nehru-Gandhi dynasty in the early days when its foundation was being cemented.

But another stalwart, who battled Nehruvian socialism and its fascist variant till the very end, remains largely forgotten. Chakravarti Rajagopalachari was born this day 135 years ago and was no less an icon of the freedom movement than Gandhi, Nehru and Patel. The first Premier of the Madras Presidency in 1937, the first Indian Governor General from 1948 to 1950, a minister in Nehru’s cabinet who often had to mediate between him and Patel, and Chief Minister of the undivided Madras state from 1952 to 1954.

But the reason he is dear to many liberals in India today is his steadfast opposition to the nation being taken down the socialist road and his steering of the only liberal party to oppose this—the Swatantra Party—in a sustained manner.

Will the spirit of Rajaji be happy with the India that it sees today? It is, after all, an India that has firmly and decisively shaken off the socialist edifice that he had fought so hard against. The left-of-centre brigade is not entirely vanquished—indeed, it is perhaps not desirable that any counter voice should be—but they are definitely not dominating the intellectual and political discourse as they once did.

The right of centre has found its voice and is making itself heard (perhaps not always in the most desirable of ways). But is this the `strong and articulate Right’ that Rajaji spoke of two years before he got the Swatantra Party going in 1959? If it is not, is his brand of right-wing ideas and politics relevant at all today?

The Narendra Modi government is certainly doing quite a few things right on the economic front and there appears to be a convergence of views in this area. There’s the unshakeable belief in individual entrepreneurship and the need to encourage it. The fact that the first attempts to ease doing business in India focussed on small businesses showed that like Rajaji, Modi understood that small enterprises suffer most in the licence raj. A lot of what the government is doing appears to be following Rajaji’s dictum: `Enterprise must be emancipated and not put in chains.’

And yet, there appears to be a holding back, a reluctance to carry reforms through to their logical conclusion. The shades of import substitution in the Make in India programme, the reluctance to drastically pare down the public sector and continuing to hold on to profit-making public enterprises are not good signs. It shows a reluctance to strike a bold new economic management path.

Way back in 1961, Rajaji hit out at the policy of import substitution. “We produce fertilisers in Sindri, the ex-factory price of which is higher than the landed cost of imported fertilisers…We make refrigerators to be bought at Rs 2,250, while a comparable UK unit would cost only Rs 1,000…This is not patriotism.’

In another article that year, he wrote “Swadeshi can be carried to stupid limits like every other good idea.”  He did not see this as contradicting his belief that the small scale sector should be encouraged and strengthened. Rajaji spoke for economic freedom not in a dogmatic, but extremely reasoned way and much of what he wrote and said continues to be relevant, even though his statements are over 50 years old and made in the context of the Congress party’s policies.

But what of the social and cultural arena, where the liberal space seems to be shrinking? There is no clear sign that the nanny state which the Congress set up is being dismantled. The government continues to try and dictate what people should eat, read and see or at least watches silently while non-State groups enforce dress and behaviour codes.

State intervention in and micromanagement of education continues. Religion is occupying the public space in a far more conspicuous manner than before. If the professional secularists resorted to gimmicky minority appeasement, the current government is countering it with equally gimmicky antics. What would Rajaji have made of this?

Let us not forget that Rajaji was a conservative and avowedly so. As premier of Madras in 1937, he introduced prohibition, as well as sales tax to make up for the losses to the exchequer. He frowned at young Indians behaving like the Western youth, especially in terms of dress, smoking and drinking. But in none of his speeches and writings was there any advocacy of coercion. What comes through, instead, is the abiding concern with expanding individual freedoms.

It is this that makes Rajaji relevant even today.