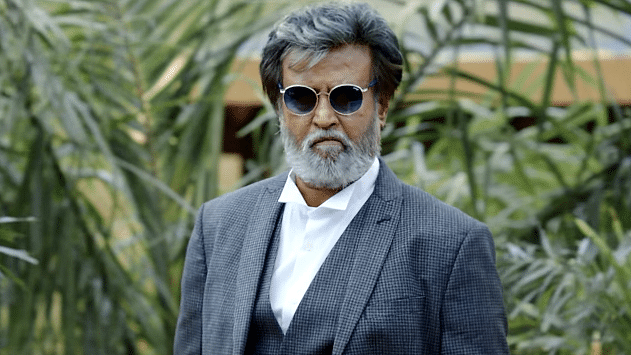 If you didn’t venture out on the interwebs yesterday, you may have missed a ripple. The Tamil Nadu Assembly election fever that had a choke hold on media and social channels had to take a backseat, for a teaser from the upcoming movie ‘Kabali’. Barely a day old, the video has crossed the 5 million mark. On YouTube, it is safe to say the video is ‘breaking the internet’. This is unprecedented for a Tamil-Telugu bilingual film, but add Rajinikanth to the equation and suddenly it makes sense.

Yet, it’s not as simple as that.

Just over a year ago Rajinikanth was reeling under the losses brought on by his last outing, ‘Lingaa’. His other 2014 multilingual, ‘Kochadaiiyaan’, had met a similar stunning doom. Rajinikanth got passed around and parodied. He is no longer a “bankable star” was the scoop. To a person not terribly invested in the Rajinikanth stock, this seemed moot because his shelf-life as a hero shaking legs and bothering with baddies had passed a decade ago, at least.

At 65, it is easy to write off a star without much effort. Amitabh Bachchan, by his late fifties, had branched off into roles that agreed with the age of his appearance. So, comparisons were made, doubts were cast and slurs smeared. Rajinikanth would never react, but he would deflect them with self-disapproving humour. Be it the debacle of his movies or disruption to his health, he soldiered on. Just like in his movies, the actor finds a way to get up, dust off and fight back.

If you read the pulse of his fans right now, he’s not only standing up, but all wound up for the barrage. Unlike his films though, this latest resurrection does not reek the trappings of capricious superhero miracles. It is a purposeful attempt to reinvent, redeploy and reconcile himself to the realities of the times.

There’s a new movement in Tamil movies, moving rapidly away from formulaic filmic structures that bear a promise of success at box office and a springboard to the star’s value. This movement, propelled by Directors barely in their 20s, has found huge favours with the Tamil audience.

In the face of this new Tamil movie landscape that has been hastily re-arranged to favour the audacious and brash youngsters, Rajinikanth has found the way the current swirls and has taken to it. Little surprise there ‘cause Rajinikanth was part of a Tamil film renaissance in the 1970s when directors were not constrained by studios and the likes of K Balachander, J Mahendran, P Bharathiraja & C Rudhraiya were reconfiguring the filmmaking sensibilities.

Rajinikanth, as it turns out in this new paradigm, is the only star actor that has dared to swing his life vest and dive in. We’ll learn by May-end how well he’s swimming in the wake of ‘Kabali’. For now, Pa Ranjith’s sleek teaser has put Rajinikanth back on the map of hysteria. Not just anywhere on the map, he is at the tallest point on it.

Hemanth Kumar is a chronic movie-addict who has never attempted to rid his affliction. His rants about Tamil movies can be found at pesumpadam.com.
Get Swarajya in your inbox everyday. Subscribe here.
Tags: