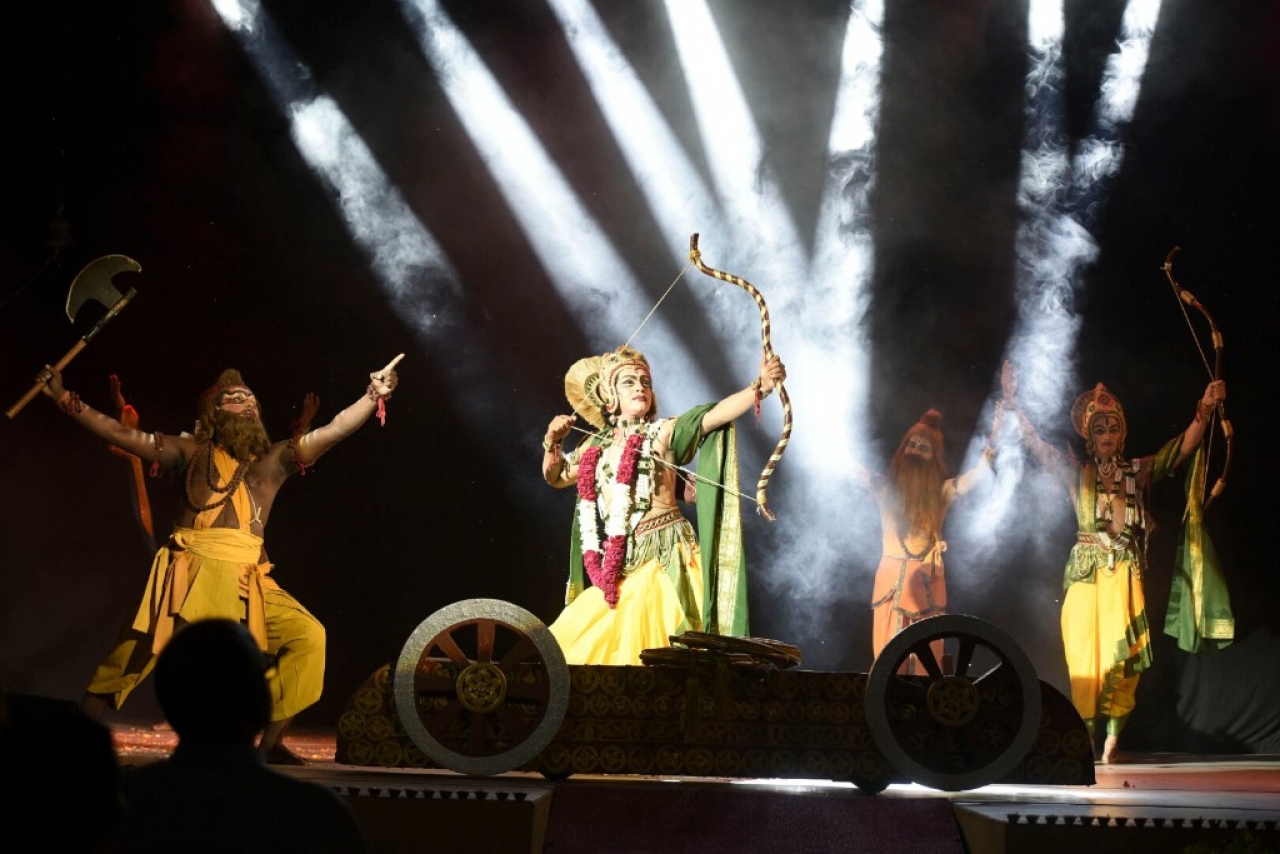 There are many renderings of the Ramayana, the moral fabric that connects Indians across the world. Indians are aware of Lord Rama and his adherence to dharma (righteousness) through the works of a number of scholars and poets, though the original text written in chaste Sanskrit by Valmiki has held sway over the people for thousands of years.

The Ramayana written by Kambar came to be known as Kamba Ramayanam and that of Goswami Tulsidas, Ramcharitmanas. In the list of renditions of the epic, features the lesser-known work of P S Krishnaswamy Iyer, yet a remarkable translation of Valmiki’s text in Tamil, all by himself in a timeframe of eight years. Krishnaswamy Iyer improved upon his Sanskrit skills before he started his work from the year 1927, completing the word for word translation in 1935, before he passed away. This Ramayana ‘volunteer’ invested most of his retired life in shaping up a Tamil version of Valmiki’s Ramayana, which, however, was not published during his lifetime. 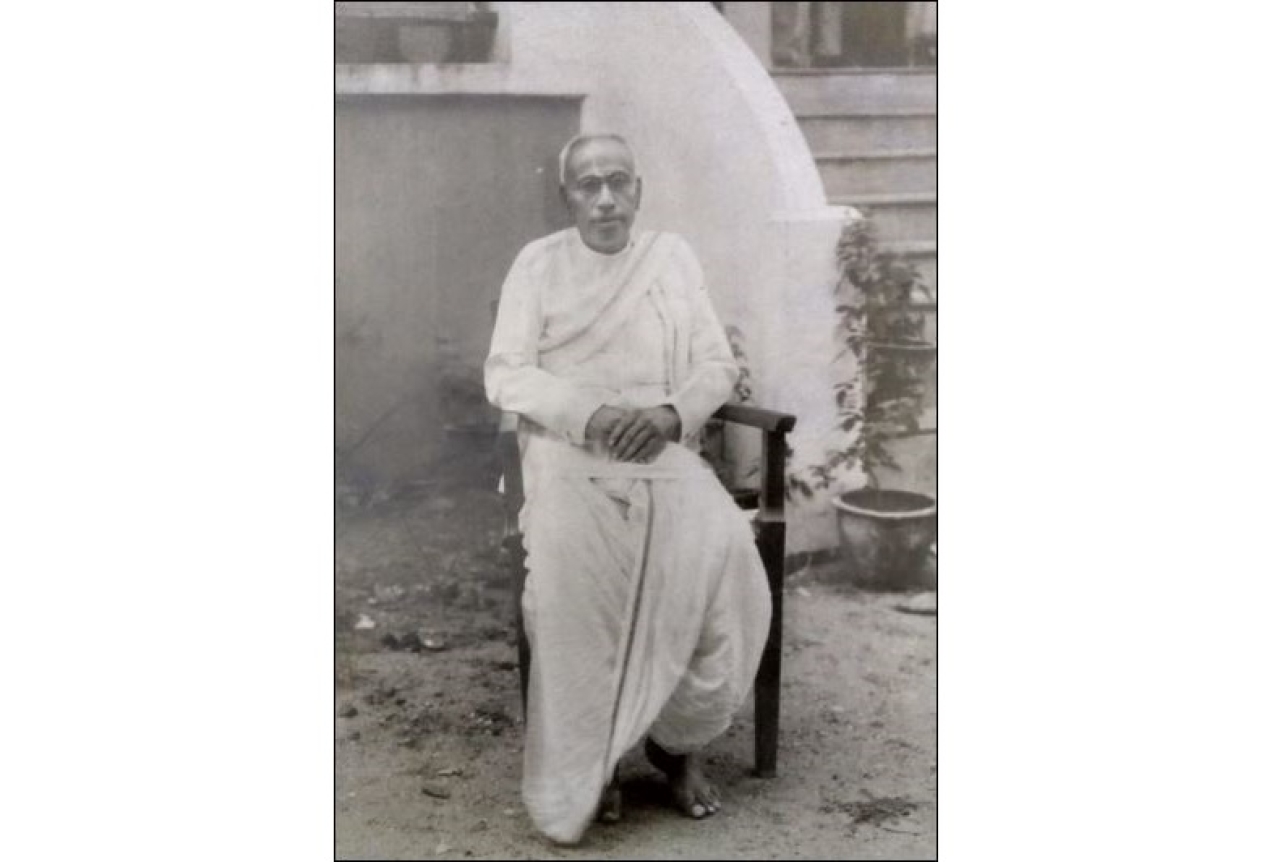 It took a banker from Palakkad, M N Ramaswamy Iyer (1892-1962) to come up with the idea of publishing the magnum opus of P S Krishnaswamy Iyer’s (PSK) at his own cost. For this, he met PSK’s son Dr K S Sanjivi and the translated Valmiki Ramayana came out in the late thirties of the twentieth century as the 'Dharmalaya Edition', and thanks to the innovative ideas of Ramaswamy Iyer, a number of editions of this work saw the light of the day with the help of Ramayana Publishing House over the next few decades. 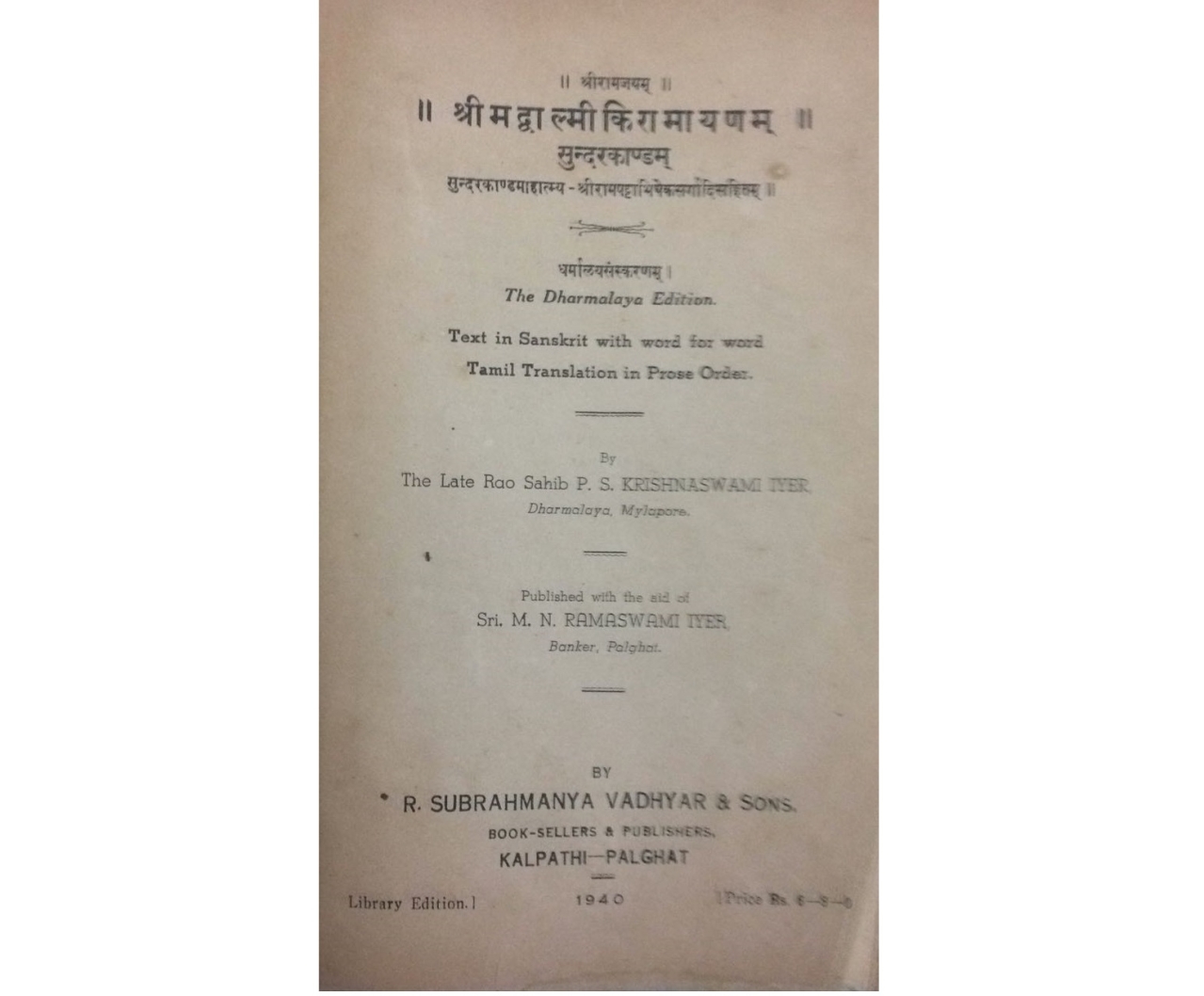 Krishnaswamy Iyer was an exceptional man, honest and upright, thus had every credential to record a version of the eminent epic. He did his high school in Pudukottai and after a brief foray into accountancy, moved to Madras for a two-year diploma course at the engineering college in Guindy. Thereafter, he became an 'upper subordinate' in the Public Works Department. Recruited as a draughtsman by sanitary engineer J A Jones, PSK soon rose to become a head draughtsman and technical superintendent before becoming the personal assistant. In 1916, PSK was superseded in promotions and he repeatedly petitioned the government against this without much results. His boss Jones had this to say “...I have never had a more conscientious, a more able, or a more energetic assistant…” His career came to an end in Madras by the year 1922 and it was believed that his name was included in the retrenchment list by the ruling Justice Party because he was a Brahmin by birth.

However, the Bombay government recruited the talented Krishnaswamy Iyer and he worked with them until the year 1925. In Bombay, during the investigations of the Backbay Reclamation scandal, the judge is reported to have observed that one engineer Krishnaswamy was among the few honest officials involved in the transaction. PSK worked with a private sanitary firm in Bombay and moved over to Madras shortly.

Meanwhile, his asthma afflicted wife Dharmambal passed away at the age of 46. PSK then started living in a one-room house, which he had built for himself at Alwarpet in Madras. He made his own food at his house 'Dharmalayam ‘ and had a dalit as his personal helper. He used to earn a sum of Rs 150 and brought home a gold sovereign and Rs 135 every month. Much of the money was invested in the education of his children while the rest was used for constructing his house. To manage the expenses connected with the translation, Krishnaswamy Iyer had his sons promise to contribute 10 per cent of their salaries towards it. The disciplinarian father even threatened to send a legal notice as a reminder if they delayed the ‘payment’.

A true patriot, he hosted A Rangaswami Iyengar and S Satyamurthi, who were involved in the freedom movement, at his residence while he was serving in Bombay.

Dharmambal and PSK were blessed with one daughter Veda and three sons. His eldest son, Pudukottai Swaminathan Krishnasami, as chief editor, edited 88 of the 100 volumes of the Collected Works of Mahatma Gandhi. A Gandhian, Swaminathan had said that his father led him to the understanding of Lord Rama, which, later in life, provided the key to understanding Gandhi, a great devotee of Lord Rama. His younger sons, Dr K Srinivasa Sanjivi was professor of medicine in the Madras Medical College and later founded the Voluntary Health Services, Madras; and Dr K Venkataraman retired as the director of the National Chemical Laboratory, Pune. Daughter Veda suffered from pleurisy and passed away quite early. His three sons, Swaminathan (1896-1994), Dr Venkataraman (1901-1981) and Dr Sanjivi (1903 -1994), were outstanding in their own right, and were honoured with the prestigious Padma Bhushan awards.

Sundar Iyer, the great grandson of Krishnaswamy Iyer, said: “The good work of my great grandfather on the Ramayana has been a blessing for all of us and we owe all the success and recognition to his supreme devotion to Lord Rama."

The story of Lord Rama by Krishnaswamy Iyer will forever be etched in India’s annals of culture.

Get Swarajya in your inbox everyday. Subscribe here.
Tags:
183 Shares