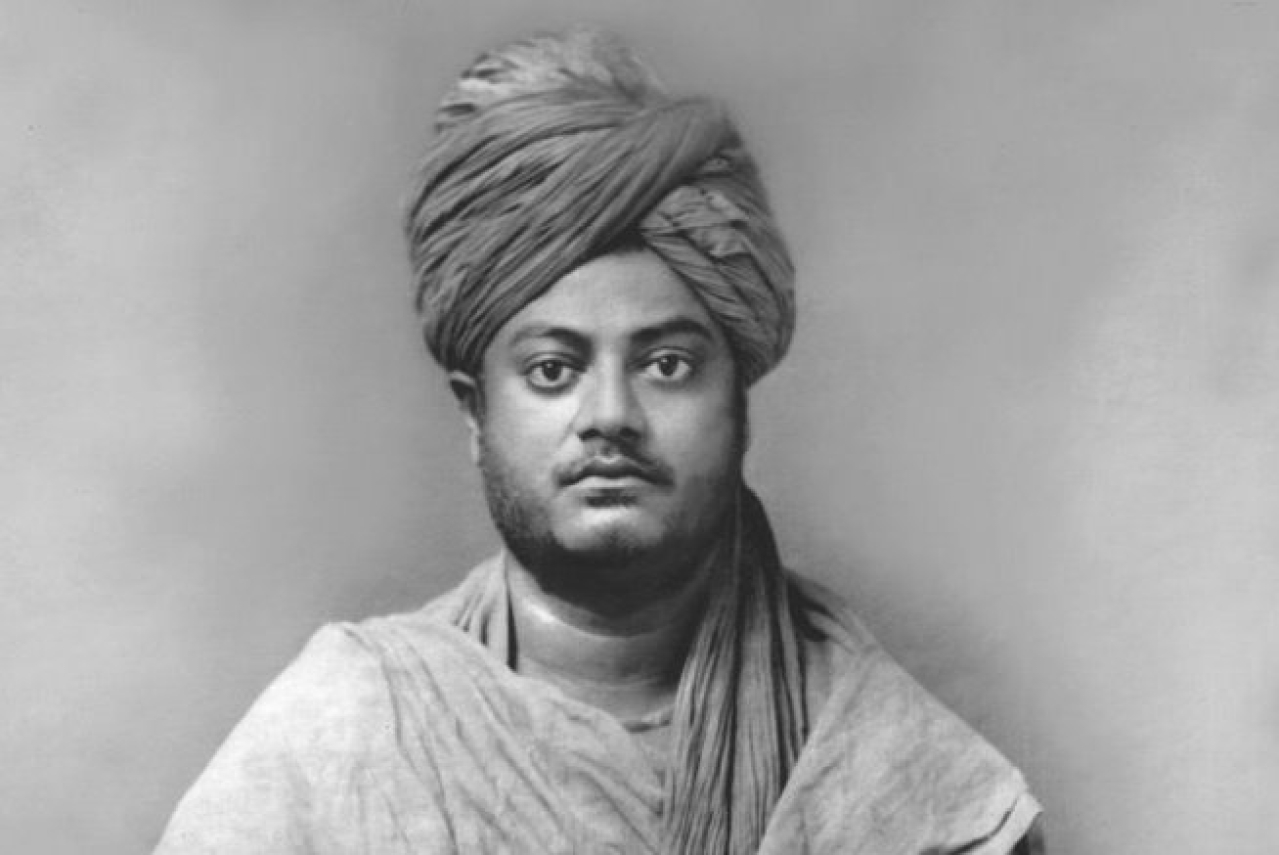 Swami Vivekananda, a proud Hindu with a universal appeal.

“Vivekananda was a great favourite at the Parliament. If he merely crosses the platform, he is applauded,” exclaimed an editorial of the Boston Evening Transcript right after the World Parliament of Religions in Chicago, on 11 September 1893, a century and a quarter ago.

The most remarkable aspect of the celebrated speech was that it was delivered extempore by Swami Vivekananda. It is through this speech that he brought out the core values of India. “I am proud to belong to a religion which has taught the world both tolerance and universal acceptance,” he said. This speech marked the advent of Western interest in Indian principles and ethos.

It is important to understand the circumstances in which Swami Vivekananda reached Chicago. Money earned literally through appealing door to door, and donations from three South Indian kings (including Raja Muthuramalinga Sethupathy of Ramnad), enabled the great teacher to reach Chicago in July 1893. On arrival, he learnt, to his dismay, that no delegate would be admitted to Parliament without proper credentials from a bonafide organisation. Swami Vivekananda was a lone monk representing no organisation, and even if he had been, the last date for registration had passed. But ultimately, whatever is to be, will be.

Swami Vivekananda stressed much in his address at the World Parliament of Religions on harmony and acceptance: “If the Parliament of Religions has shown anything to the world, it is this: It has proved to the world that holiness, purity and charity are not the exclusive possessions of any church in the world, and that every system has produced men and women of the most exalted character. In the face of this evidence, if anybody dreams of the exclusive survival of his own religion and the destruction of the others, I pity him from the bottom of my heart, and point out to him that upon the banner of every religion will soon be written, in spite of resistance: ‘Help and not fight,’ ‘Assimilation and not Destruction,’ ‘Harmony and Peace and not Dissension’.”

The same spirit was envisaged by the Tamil poet, Kaniyan Pungundranar, more than 3,000 years ago. His words, “Yaadhum Oore Yaavarum Kelir” mean “I am a world citizen. Every citizen is my own kith and kin”. India has seen for millennia together, spiritual scholars like this who have tirelessly reiterated our oneness with the world. Swami Vivekananda was no less.

According to Robert Grant of the Ramakrishna Society, “all the other speakers that day were quite formal, the sort of ‘ladies and gentlemen’ approach. Whereas when Swami Vivekananda got up they felt that this coming from deep within his heart, he is greeting us and showing his oneness with us… The audience could sense that here was a person who wasn’t just speaking from a book, he was speaking from his own experience, from deep within his heart, within his soul.” That very connect has ensured that the speech has gone down in history as one of the most famous speeches of all time. In fact, Alex Broun, the Australian playwright, said that Vivekananda’s fame as a speaker elevated him to celebrity status at the time. But that was not to go to the head of this great renunciate.

What was most astounding about Swami Vivekananda was that he was proud to be a Hindu, yet at the same time, he had a universal appeal that transcended religions, rituals and ceremonies. Explaining Vedanta in his address, he said, “the Christian is not to become a Hindu or a Buddhist, or a Hindu or a Buddhist to become a Christian. But each must assimilate the spirit of the others and yet preserve his individuality and grow according to his own law of growth.” His focus was the spirit of man. For BBC correspondent Mark Tully, in one of his articles, has reiterated this. “Vivekananda’s speeches at Parliament resonate today for the many who claim to be spiritual but not religious.”

Here was a teacher, who did more than simply speak lofty words. He maintained that service to god should mean service to the poor. He coined a new term Daridra Narayana – "God in the poor and the lowly" – as a religious axiom. Daridra Narayana brought in an element of the sense of duty which was prescribed to men and women – to serve the under-privileged if they wanted to serve god.

Swami Vivekananda’s words beautifully convey the spirit of dynamic self-development, putting the onus on the individual to unfold, evolve and tune up. “Each individual has to work out his own salvation; there is no other way, and so also with nations… Men, in general, lay all the blame of life on their fellowmen, or, failing that, on god, or they conjure up a ghost, and say it is fate. Where is fate, and who is fate? We reap what we sow. We are the makers of our own fate. None else has the blame, none has the praise. The wind is blowing; and those vessels whose sails are unfurled catch it, and go forward on their way, but those which have their sails furled do not catch the wind. Is that the fault of the wind?”

These are words that ring as true today as they did when they were spoken. And the words are reflective of an attitude that is more vital today than ever before.