Sam Harris – Waking Up: A Guide to Spirituality Without Religion 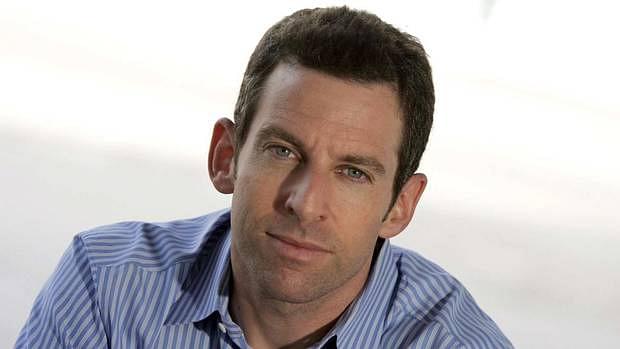 Sam Harris in his book “Waking Up: A Guide to Spirituality Without Religion” does a great disservice to Advaita Vedanta (and probably to Buddhism also) by totally misrepresenting its aims and teaching. Though intelligent and well-written, it unfortunately lacks understanding.

Sam Harris signally fails to achieve the aim of his title. A more appropriate title might have been: “Improving your body-mind without Spirituality – And we can never find out the truth about ourselves through meditation or drugs.”

The purpose of all ‘spiritual’ disciplines is to prepare the mind. No experience can give us realization of the non-dual nature of reality. Advaita has nothing to do with experiences of any kind; it is about knowledge – Self-knowledge of the subject ‘I’. Harris thinks the seeker’s aim is “to fully bring their minds into the present or to induce nonordinary states of consciousness”. According to traditional Advaita, even the highest state (samAdhi) is still only an experience, with a beginning and an end. There is no liberation to be found there.

The truth cannot be found in the mind as science supposes; rather the mind is a tool with which we may learn the truth. Science can never explain the nature of ‘I’ because I am the subject, doing the investigating. “We are such stuff as yeasts are made of”, says Harris. No – our bodies are such stuff; but we are not the body, or the mind!

He refers to ‘Advaita and Buddhism’ as though they hold similar beliefs. This is not the case; Shankara refutes Buddhism in several places. Furthermore, Advaita is one of the philosophies of Hinduism, just as there are several branches of Buddhism. If Harris wishes to make comparisons, he must be much more specific about what, precisely, he is comparing.

He excuses his failure to cover any teaching in any depth by claiming that he is looking for the ‘diamond’ amongst the presumed detritus that forms the bulk of most ‘religions’. To be able to “focus on the most promising lines of spiritual enquiry”, one requires an in-depth understanding to begin with. Harris’ statements purporting to present ideas from Advaita demonstrate that he does not have such in-depth knowledge. This is scarcely surprising, given that his principal source is Sri Poonja. He refers to Poonja as “one of the greatest living exponents of Advaita Vedanta”! This is so far wide of the mark that it very clearly highlights Harris’ ignorance of the subject to anyone who is genuinely familiar with the teaching.

Throughout, Harris’ emphasis is on practice and experience and he says that Advaita is described as ‘non-dualistic’ “because it refuses to validate the point of view from which one would meditate or practice any other spiritual discipline”. This is simply not true. Traditional Advaita specifically advocates a number of practices, including meditation, and states that, without a reasonable level of proficiency in these, one will not be able to assimilate the teaching. But the purpose of the practice is to discipline the mind so that the teaching can be understood. Both practice and teaching take place in the (dualistic) empirical realm. Even the eventual realization that reality is non-dual takes place in the dualistic mind. Enlightenment is the final understanding that only Consciousness is truly real, and therefore non-dual; it has nothing to do with ‘being in the moment’ (time is also in duality).

Given the title, there is a disproportionate amount of space given to discussing irrelevant topics. The brain, out-of-body and near-death experiences, and the use of mind-altering drugs only tell us about the brain. The brain is an instrument. Neuroscience reveals nothing about the self that is using it. He rightly speaks of NDEs as having nothing to do with spirituality, since they are merely the result of a cocktail of naturally produced chemicals in the brain. But then, inexplicably, he lauds hallucinogens as a mechanism for artificially inducing spiritual experiences, when all that they do is introduce a cocktail of man-made chemicals into the brain! How can this possibly teach you anything useful? You can change your state of consciousness and the condition of the mind also changes, but it is the same Consciousness (with a capital ‘C’) that pervades all the states.  It is the height of irresponsibility and should have been excised by the publisher.

Hallucinogens cannot be compared with meditation. The former induce a state of mind which is totally beyond our control while, with the latter, we are always completely in control. And this is the point! The purpose of meditation is not to promote feel good states of ‘oneness with the universe’ but to enable us to cultivate mental discipline and discriminatory faculties so that we may follow a proven teaching methodology and gain Self-knowledge.

He says that “if… you take the right drug, you will know what it is like to be enlightened”! This is a deplorable claim and shows how completely the author has failed to understand what enlightenemnt does mean. Virtual reality is NOT reality!

‘Enlightenment’ is just one of the basic concepts in ‘spirituality that Harris fails to understand. He says, for example, that he knows (‘from experience!) “that it is possible to be far more enlightened than I tend to be”. But Self-knowledge is binary – you are either enlightened or you are not. I very much doubt that “the Buddhist concept of enlightenment really is just the epitome of ‘stress reduction’” but this is emphatically not the Advaita concept! It has nothing to do with happiness or suffering, love, compassion, pleasure, pain, being in the moment… nothing to do with life’s problems or the absence of thought.

There is no denying that much of the book makes interesting reading, although ‘interest’ is of course not the same as knowledge. The aim of the book seems to be to “live more fulfilling lives” – and it probably succeeds better than many of the ‘self-help’ books around today. But it takes the reader no nearer to finding out who he/she really is. And it does a great disservice to Advaita Vedanta (and probably to Buddhism also) by totally misrepresenting its aims and teaching. Though intelligent and well-written, it unfortunately lacks understanding.

This piece was commissioned by Advaita Academy, a School for Traditional Vedanta. A fuller version of this critique is available at India Facts.

Dennis runs www.advaita.org.uk. Author of a number of books on Sanskrit and Advaita.
Get Swarajya in your inbox everyday. Subscribe here.
Tags: