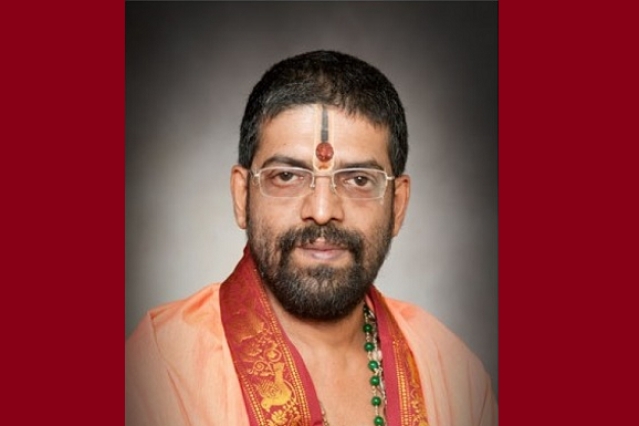 Mystery shrouds the death of Lakshmivara Thirtha Swami of the Ashta Mutt in Shiroor, Karnataka. Doctors at the hospital where the seer was treated say he is suspected to have died of poisoning that led to multiple organ failure. But even before his death, the seer had left devotees and followers reeling from the shock of scandals he was found to have been allegedly involved in.

The Shiroor mutt, one of the richest Ashta mutts (eight monasteries) in the 800-year-old coastal town in the Udupi district of Karnataka, has been embroiled in controversies, raising questions over the alleged moral degradation of mutts. Theories doing the rounds are the late seer’s alleged flamboyance, and his involvement in real estate deals, films and sports betting, besides his inclination towards drinking and women.

The late Lakshmivara Thirtha was the 30th pontiff in the lineage of Shiroor mutt yathis (monks) ever since 13th century philosopher Madhwacharya anointed eight monks to administer the Krishna temple. He was the youngest to die at the age of 55.

Sources at Shiroor mutt claim that Lakshmivara Thirtha had dealings with real estate agents and film producers from whom he was expecting huge returns on his investments. He was often found loudly talking on long distance phone calls to mainly Mumbai and Bengaluru contacts.

The Shiroor mutt’s properties exceed 300 acres in and around Udupi, commanding a market value of about Rs 1,000 crore. This included a valley property located in Kuntalakadu on the way to Manipal. Over 18 acres of land and one the last green belts of Udupi town, it was razed by the mutt and offered for real estate development. Today, cinema halls, restaurants and bars and shopping areas, promoted by big time real estate operators, have been set up there.

His death has raised several questions on the degeneration of values in mutts and, predominantly, has seen the re-emergence of the 10-year-old demand to establish a written constitution for the Ashta mutts with wide-ranging guidelines for the seers to follow. As part of reforming the operation of mutts, the religious heads of the Ashta mutts of Udupi and the elders in the Madhwa community have now started examining the conventions in Advaita (Aadi Shankara) and Vishistadwaitha (Ramanujacharaya). This is being done systematically by consultation, study and by following values of those sects. Udupi’s own Madhwacharya propounded the Dwaitha philosophy in the 13th century and became the trinity of philosophies in the Bhakti movement along with Aadi Shankara and Ramanujacharya. But in the modern era, the values seemed to have eroded.

“The Shiroor swamiji had not been following the tenets of sanyasa,” says Pejavar Mutt seer Visveshathirtha swamiji, who says he is ready for any investigation into the death, which has “an air of suspicion surrounding it”.

“I and many of the swamijis of the Ashta mutts had warned him and asked him to come back to the fold of sanyasa, but he did not heed. We gave him another option of anointing shishya (junior seer) and train him under another guru from the Dwandwa mutt (alternative monastery), but he did not agree for that either.

“We had lost all hopes of reforming him, he was not a sanyasi at all by any standards,” added Visveshathirtha swamiji.

How does it affect the Brahmin community?

“The Madhwa community is a part of the large Brahmin community, the population of which was not more than a lakh worldwide. But being one of the three major schools of thought in Hindusim - Advaitha, propounded by Aadi Shankara, Dwaitha propounded by Madhwacharya (dualism) and Vishistadwaitha propounded by Ramanujacharya - the three sects follow the most stringent rules of mutt administration,” said Vasudeva Acharya of vedic scholar of Mumbai.

“So the right thing to do was for him to relinquish his matadhipathi status and make way for a sanyasi to take up the mantle,” says Raghupathi of Bengaluru, a senior member of the Madhwa community.

“They (yathis) are not honouring the values that are embedded in the original philosophy as propounded by Acharya Madhwa, which is eroding the value system in the Madhwa society,” Vishwa Vijaya had said.

“I have no animosity or ill-feeling towards any of the Ashta mutt swamijis, and I am not sorry for being ousted in most ignoble way in 1987, I would not dare say it was by conspiracy, though my followers did see one such attempt in ousting me back then.

“But what is happening now in the Ashta mutt circles is not noble either, if a junior swamiji had undertaken a foreign tour and was ousted, why don’t the same rules apply to a matadhipathi of the Madhwa lineage among the Ashta mutts? Many such aberrations exist, which are more glaring in nature,” Vishwa Vijaya had said.

It is not the first time that the mutts belonging to the Madhwa sect have suffered sacrilege as record show. Two peetadhipathis (seers) belonging to Pejavar Mutt of Udupi and Kukke Subramanya Mutt have denounced sanyasa to embrace grihastashrama (householder life). Junior swamiji of Pejavar Mutt had eloped with daughter of a former MLA and took residence in the United States in 1982 while the ‘singing saint’ Vidyabhushana of Kukke Subramanya Math had relinquished the peetha in 1999.

“When a young boy is initiated into sanyasa, the first lesson teaches him to renounce worldly pleasures, predominantly the monetary aspect, and that was why many religious institutions of our sect were known for austerity,” said Ramakrishna Acharya, a well known scholar of Madhwa Radhdhanta.

“But now we see swamijis taking up pursuits that are clearly outside their domain, which is why we get to hear such tragedies such as the one that happened in Shiroor mutt,” he said.

When the Dwaitha philosopher Madhawacharya in 13th century installed Krishna’s idol in Udupi, he chose eight young Brahmin yathis to run the temple. He gave them instructions to rotate the responsibilities to administrate the temple, which basically comprised conducting pujas to the idol he installed once in two months. All these yathis stayed in eight different rooms in the temple and continued their studies under the tutelage of Madhwacharya. But, sometime during the time of Vadiraja swamiji (1481-1601), the term of each yathi was increased to two years, which also heralded the expansion of the temple and Madhwa philosophy – dualism (Vaishnava Pantha) all over the country. Every yathi was entitled to administer the Krishna temple once in 16 years. The eight yathis over the centuries have established their own mutts that included Pejavara, Puthige, Phalimaru, Kaniyooru, Sode, Shiroor, Krishnapura and Admaar, which were called Ashta mutts. All the yathis were ordained by Madhwacharya to carry out ‘Madhwaprachara’ expeditions throughout the country during a period of 14 years before they get to administer Krishna temple again.

In 2017, the Ashta mutts of Udupi had faced another challenge. Former junior seer Vishwa Vijaya had filed a lawsuit against the Udupi Ashta mutts, demanding a written constitution. Lakshmivara Thirtha of Shiroor mutt, days before his death, wanted to challenge the Ashta mutt swamijis’ council in the court for not agreeing to return the relics of Shiroor mutt that he had deposited, when he was away for medical treatment two years ago.

Considering the sticky situation that the Ashta mutts are facing after the death of Lakshmivara Thirtha, there might be a serious attempt to prevent further degeneration of values by establishing a written constitution that will govern the running of mutts.