Srinivasa Ramanujan And The Magic Number 24 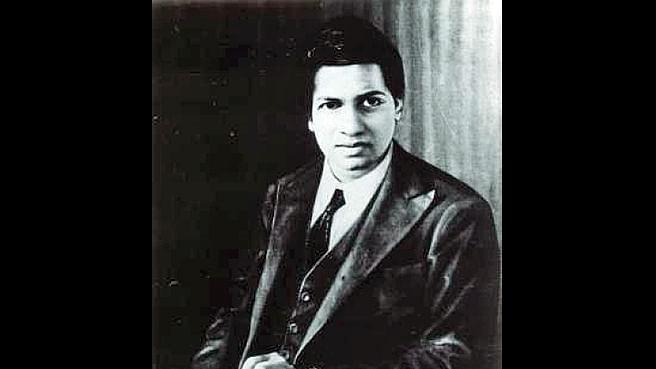 In The Man Who Knew Infinity, the biopic on the great Indian mathematician Srinivasa Ramanujan (1887-1920), a reference is made to Namagiri the Goddess, whom Ramanujan worshiped. She used to appear in his dreams, he claimed, and gave him insights into mathematics.

Is this vision of the Goddess appearing in Ramanujan's unconscious mind simply a vehicle for his own intuition, or is there something much deeper at play here?

Physicist Michio Kaku points out that in Ramanujan’s work, the number 24 appears repeatedly. It is what mathematicians call the magic number phenomenon.

When, on the other hand, the Ramanujan function is generalised, the number 24 is replaced by the number 8. So, 26 becomes 10. In superstring theory, the string vibrates in 10 dimensions.

The string vibrates in ten dimensions because it requires these generalized Ramanujan functions in order to remain self-consistent. In other words, physicists have not the slightest understanding of why ten and 26 dimensions are singled out as the dimension of the string. It is as though a deep numerology is being manifested in these functions that no one understands.

There is a curious coincidence here.

The Goddess Namagiri Thayar, with whom Ramanujan had developed a spiritual connection, is the form of Goddess Lakshmi, Lord Vishnu’s consort. The relationship between Vishnu and Lakshmi are rooted in one of the most ancient of the six schools of Darshanas, the Sankhya. Vishnu and Lakshmi are thus the Purusha and Prakrithi. Lakshmi, and hence Namagiri Thayar, is the Prakrithi of Sankhya.

Of all the Indian systems, Sankhya is the one that is intimate with the physical sciences. At the religious level, Sankhya is also deeply related to the Goddess tradition. According to Lakshmi Tantra, one of the Pancharatra texts of the Vaishnava tradition, the tradition to which Ramanujan belonged, the very act of bringing forth the universe happens with Lakshmi willing the creative process. Lakshmi Tantra says both Purusha and Prakrithi are aspects of Sri Lakshmi herself. So, the very building blocks of the experience of the physical world arise from the matrix of the Divine Feminine. And according to Sankhya, the universe is a sum total of 24 principles that bring matter into manifest existence. Later, interestingly, two more principles were added, bringing the sum total of principles to 26.

Perhaps, one should think of this as coincidence and nothing more. Or, maybe, like the physicist Kaku, think about what numerological archetype connects the Goddess, Sankhya philosophy, Ramanujan’s intuition and the number 24.