Stories of Faith: The Shrine Of Tirupati 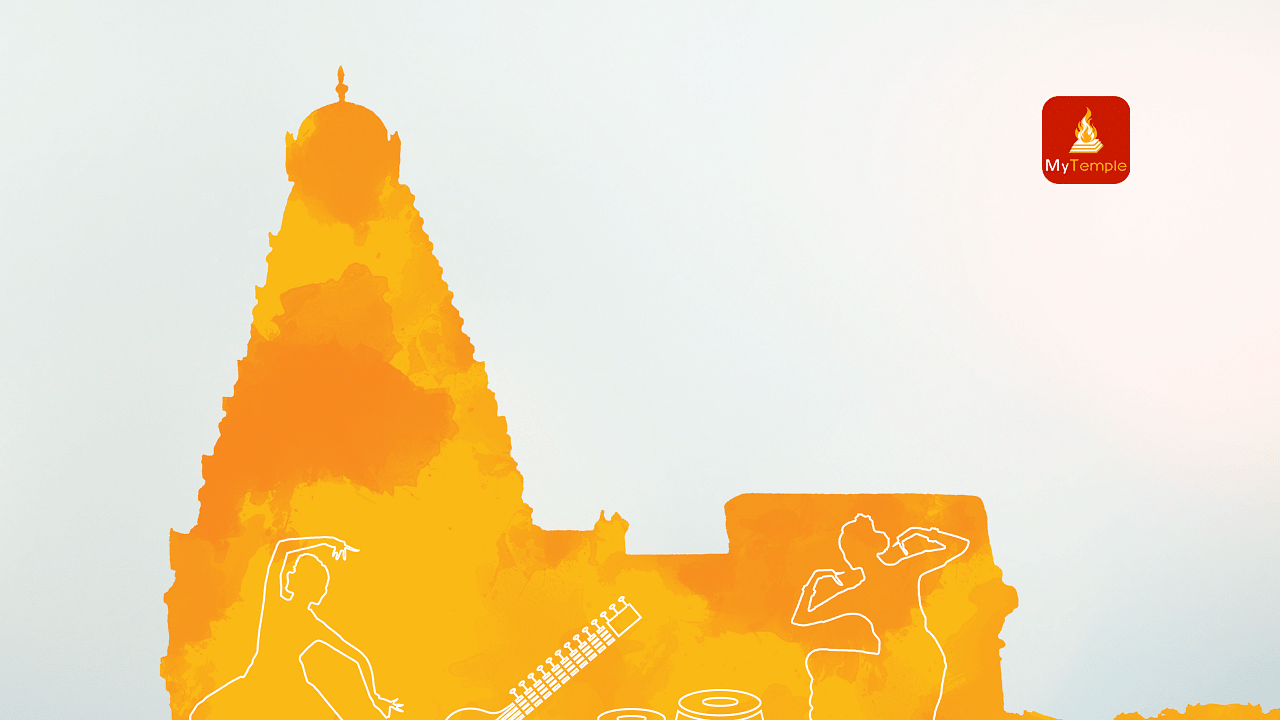 Kum. A.Kanyakumari is an acclaimed Carnatic violinist, innovator and teacher. She has performed with some of the biggest names in Carnatic music, as well as solo, she herself being a huge crowd puller. She is a Padmasri awardee and was also awarded the Sangeet Natak Academy award in 2004 by the former President of India, Dr.A.P.J.Abdul Kalam. She is the only female Carnatic musician to have created new ragas.

Born in Vijayanagaram, Andhra Pradesh, Kanyakumari settled in Chennai, where she studied in Queen Mary’s college (with music as the main subject), later continuing her musical education under gurus M.L. Vasanthakumari, M. Chandrasekaran, and Sri. Ivaturi Vijayeshwara Rao. A pious and religion person, Kanyakumari was compared to the sparkling diamond nose stud on the idol of her eponymous deity - Goddess Kanyakumari in Tamil Nadu, by the noted music critic Subbudu.

MyTemple met Kum.Kanyakumari in Bangalore where she spoke about her devotion and her favorite temple

“I was named Kanyakumari because my grandmother was at the sacred temple of Kanyakumari when I was born. Later, I was fortunate enough to perform at the temple itself. A concert was organised by the Kanyakumari temple authorities and I have played there.”

“When it comes to faith, I pray to all deities and gods, but my favourite temple is Tirupati. Lord Venkateswara is my father, the Goddess is my mother. That is how I regard them.”

“Only because of him (Lord Venkateswara) did I settle in Madras. I visited the temple, and soon enough, I was admitted to college. From my childhood, I have been very much devoted, emotionally attached to the temple and the deity. He is our Kula Theivam (Family Deity).”

“I have composed, that is I have created 7 ragas, named after the seven hills of Tirupati. Venkatadri, Narayanadri and so on. I didn’t compose, I didn’t create, but he made me create it, those ragas. I am the missionary, he is the operator.”

“I would also like to add that it is because of my connection with Tirupati that I have met many other wonderful devotees, both in the arts and in other fields. Dr. PVRK Prasad, the former additional secy. to PM PV.Narasimha Rao and one of the longest serving EO’s at TTD is one such long standing well wisher.

Former EO of TTD, Sri LV Subramanyam requested me to become the Aasthaan Vidushi of the Tirumala temple, which I gladly accepted and considered as one of the biggest blessings of my life.

Sri. IYR Krishna Rao, former EO of TTD founded the famed Nada Neerajanam programme at Tirumala temple. I was the very first artist to perform on Nada Neerajanam and that again is my Lord Venkataramana Swamy’s blessings. ”

Sri Venkateswara Swami Temple, popularly known as Tirupati temple, is an important pilgrimage centre, and a temple of historical, cultural, and religious significance. With average visitors numbering nearly 100,000 daily, Tirupati is also the most visited holy place in the world.

According to Hindu scriptures, Vishnu is the protector, the preserver of life and happiness. It is believed that Vishnu, as Venkateswara, manifested in Tirupati in the Kali Yuga to protect his devotees from evil. Here, Lord Venkateswara is known by many names, including Balaji, Srinivasa, Venkatachalapathy, Ezhumalaiyan, among others.

In the Vaishnavite tradition of India, Tirupati enjoys a special significance, as one of the 108 Divya Desams (Sacred Centres), and Vishnu’s last earthy abode before his ascension to heavenly realms.

While earliest records of the temple’s existence date to about 300 BC, the Pallavas of Kanchipuram, and the Cholas of Tanjavur, in the 6th and 10th century AD, are primarily responsible for the construction and maintenance of the temple. The Cholas expanded and built up much of the present day temple complex, while the later Vijayanagara rulers endowed the temple with much of its riches, and paid for its upkeep.

Throughout its history, the Tirumala Tirupati temple has received royal patronage, and the overwhelming backing and support of devotees. Both the Pallava and the Chola dynasties have contributed significantly in terms of art, architecture and support, and even today one can see marks of the unique temple building styles of the two empires in the temple. The Vijayanagaras- or to be specific the Sangama, Saluva and Tuluva lines of the empire – were also patrons, especially King Krishna Deva Raya of the Tuluva line. Krishna Deva Raya was principally responsible for the gilding of the Ananda Nilayam – the central shrine of Tirupati Venkateswara.

Although the Vijayanagara empire declined, the successors to the kingdoms – the Wodeyars of Mysore, the Bhonsles of Nagpur - continued to support and enrich the temple. As the English colonial rule began to take hold and the Presidency of Madras held sway over large parts of south and central India, the Tirupati temple, along with many others in the area – began to be administered by the Hathiramji mutt. From 1843 to 1932, the mutt acted as the Vicarana Karta – executive body – for the temple. The TTD came into being as a result of the Tirumala Tirupati Devasthanam Act that was passed in 1932 by the Madras Government.

Post independence, when the Indian states were divided on linguistic basis, there was controversy surrounding Madras and Tirupati. Andhra Pradesh, was formed out of the Telugu majority areas of Madras presidency. Madras city, while being a Telugu-majority city, was fiercely contested for by both the Madras state and Andhra. A movement called Madras Manade (Madras is Ours) was spearheaded by Potti Sriramulu who went on a fast-unto-death to recognize Madras city as part of the Andhra state.

However, after much negotiation and debate, Madras city remained as the capital of Madras state, and Tirupati and the temple was subsumed into the state of Andhra Pradesh.

Today, the Tirumala Tirupati Devasthanam – which oversees the temple – is a vast, complex organization with extended powers over not just the Tirupati temple, but the upkeep and conservation of the city of Tirupati (along with the Tirupati Municipal Corporation) and the seven hills that form the last earthly abode of Vishnu. The TTD also runs many charitable trusts and organisations that help support a range of temples in south India.

An annual income of an estimated 10 billion Indian rupees, The Venkateswara Swamy temple, or Tirumala, is one of the wealthiest holy centres in the world. Much of its riches come from donations and endowments by its devotees. A significant part of this income is used to run many charitable institutions and trusts. The Tirumala Tirupati Devasthanam also runs programmes and events that help preserve Hindu culture and tradition. This makes the Tirupati temple a centre not just for religion, but also culture.

A guide to spotting the principal architectural style of different parts of the Tirupati temple.

One of the easiest ways to spot a temple’s builder is by looking at the apex of the pillars near the main shrine.

The apex of most Pallava temples display a smooth triangular face, sometimes with horizontal grooves. The overall shape of the apex – carved out of a single block of granite – resembles a boat when seen from the front.

The Cholas and Pandyas took the basic shape of the apex as pioneered by the Pallavas and improved it a bit. They added a small triangular projection from the side, so when viewed from the front, the apex loses its boat like shape.

Temple architecture under the VIjayanagaras reached its aesthetic peak, as they embellished every detail, endowed every Pallava and Chola temple with new, finely detailed shrines. In the pillar too, the apex reaches its ultimate expression. The triangular projection of the Cholas style is given shape and structure, and now resembles a hanging banana cluster.

This series is brought to you by MyTemple, an initiative to bring all of India’s temples and culture to you phone. Their website is www.mytempleapp.com