The Battle Of Sinhagad: How Shivaji’s General Tanaji Gallantly Fought Off The Mughals To Reclaim Kondhana 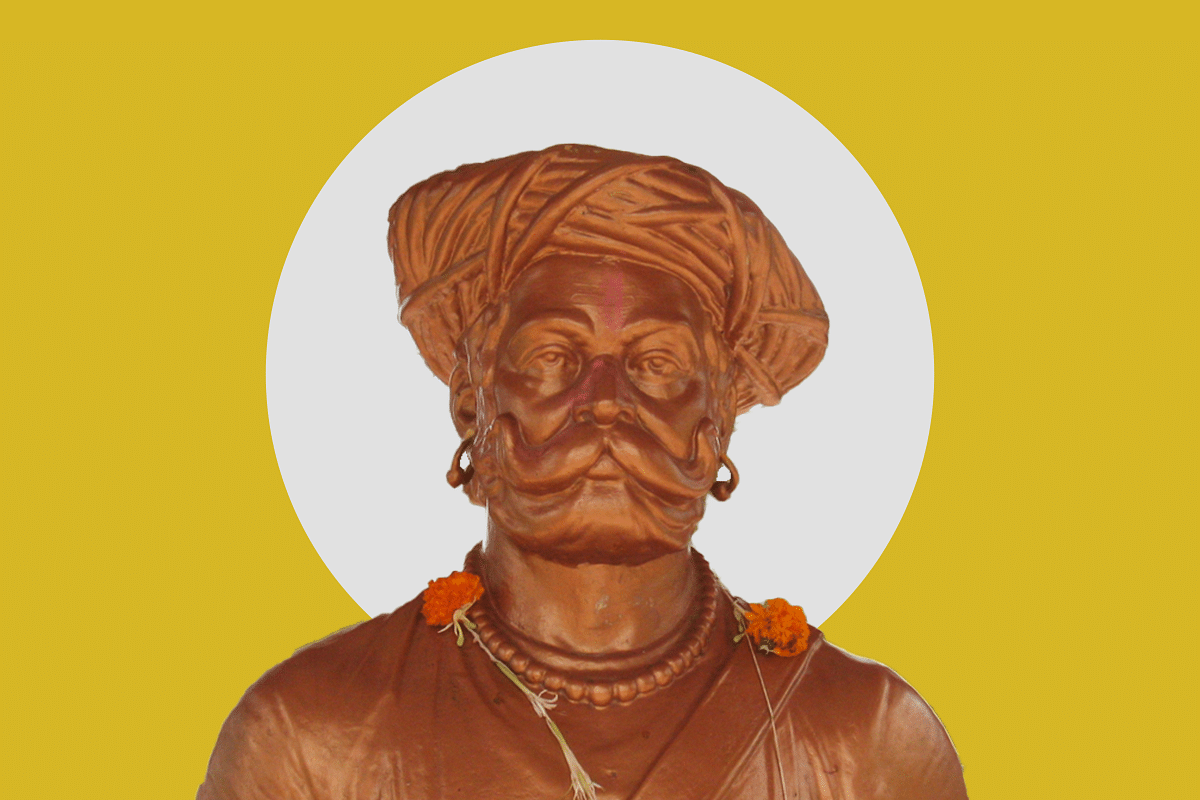 The life of Chhatrapati Shivaji Maharaj is filled with an array of awe-inspiring military victories — from his stunning defeat of Afzal Khan at the Battle of Pratapgarh to the vastly underrated victory at Umberkind to his daring escape from the clutches of Aurangzeb in Agra.

Among these military gems is also the Battle of Sinhagad, where his loyal general, Tanaji Malusare conducted what has now been popularised as “the surgical strike which shook the Mughal Empire”.

The year was 1670 and Shivaji, after having given up many of his forts (including Kondhana, which later came to be known as Sinhagad) to the Mughals as part of the Treaty of Purandar, was planning to reassert his supremacy in Deccan.

The key to these plans was reclaiming Kondhana.

Strategically placed in the middle of a line of militarily critical forts like Rajgard and Purandar, Kondhana was almost inaccessible to invaders — rested on top of a remote cliff on the east of the Sahyadri range, with steep hills to north and south, and thin ridges on other sides.

The location and architecture of the fort made it almost impossible for anyone to enter through any point except its two gates, the Pune Darwaza and the Kalyan Darwaza. Hence, conventional wisdom said that the chances of any large group scaling the almost vertical hills and attacking the fort without catching the eye of the soldiers manning the gates were next to nothing.

In fact, the history of Kondhana — until then — had seen very little conquests, with most of its control passing between various camps through treaties and bribes. Prior to its transfer to Aurangzeb as part of the Treaty of Purandar, the fort was controlled by Shivaji and his men had defeated Mughal attempts to take it in 1662, 1663 and 1665.

Shivaji saw the re-conquest of Kondhana as key to re-establishing his writ over Maratha lands but was also aware of the near impossible nature of the task.

To lead this mission, he selected Tanaji Malusare — a childhood friend and loyal companion of Shivaji’s across all his many fabled battles.

When the Chhatrapati’s summons reached him, Tanaji was said to be in his village of Umbrat, preparing for the wedding of his son Raiba. On hearing of the reason he was called by Shivaji, Tanaji is said to have remarked ‘Adhilag in Kondhanyach mag majhya Raibacha !’ (First the conquest of Kondhana, then the marriage of my Raiba).

Aurangzeb had entrusted the defence of the fort to his Rajput commander Uday Bhan Singh Rathore, who had at his command around 1,400 troops. Combined with the advantages given by the altitude and location of the fort, it looked an impossible task to dislodge the Mughals without a much larger force than what was with Uday Bhan.

This, certainly, Tanaji did not have at his disposal. His men numbered just around 1,000 Mawalas, among them his younger brother Suryaji.

Tanaji planned his attack during the night of 4 February 1670, dividing his men into two groups — one half, led by him, to scale the fort while the other half, led by Suryaji, ordered to keep distance and attack when called upon.

Legend has it that Tanaji’s men, in order to avoid detection, chose the most difficult path to scale the hill and did so with the help of a Bengal monitor lizard named Yashwanti. The Marathas tied a rope around the neck of the lizard and set it off to scale the almost-perpendicular walls of the hills. Despite losing a number of men to the steep climb, Tanaji and around 300 of his men managed to scale the walls and reach the Kalyan Darwaza.

Their luck seemed to run out there as the Mughal forces were alerted to the attack just as the Marathas reached, setting of a ferocious encounter between the two camps. Despite being vastly outnumbered and exhausted from the climb, the Marathas advanced their position and managed to enter the fort.

The battle was joined by Uday Bhan, with Tanaji engaging him in fierce combat during which the Maratha lost his shield. Tanaji is said to have tied a cloth over his arm in its place and continued to battle Uday Bhan.

Despite being spent from his earlier exertions and severely handicapped by the loss of his shield, he managed to mortally wound Uday Bhan while also being fatally hurt himself.

The loss of Tanaji disheartened the Marathas but his valiant fight had given enough time for Suryaji to arrive with the remainder of the Maratha soldiers. Suryaji is said to have cut of the ropes used to climb the fort in order to prevent Maratha desertions and urged his men to fight to the finish in the name of Shivaji Maharaj.

Suryaji’s rear guard shook the Mughal forces and the Marathas prevailed, taking control of the fort with the remaining Mughal soldiers either surrendering or trying their hand at a risky escape from the fort.

The Maratha victory was signalled to Shivaji by the burning of a thatched house on the fort. Yet, when the news of Tanaji’s passing reached him, he is said to have cried, "Gad aala, pan Sinha gela" (The fort is won, but the lion is lost).

In honor of the memory of Tanaji, Shivaji renamed the fort, Sinhagad. Today, a bust of Tanaji Malusare adorns the Sinhagad fort.

The victory at Sinhagad had the exact effect for which Shivaji had hoped. Along with its strategic advantage, the sheer audaciousness of the victory at Kondhana and the legend it spawned, gave a shot in the arm to the Maratha forces.

Within a span of a few months, the Marathas recaptured most of the forts and territories which were surrendered during the Treaty of Purandar — reasserting Shivaji’s command over Maratha lands in the Deccan. Suryaji Malusare, appointed as the commander of Sinhagad by Shivaji, was part of the forces which took over the Purandar fort from the Mughals.

By 1674, Shivaji, having extended his domain in the Deccan and the south, was crowned the king of the Maratha kingdom and formally assumed the title of Chhatrapati.

The fort of Sinhagad went on to play a key role in the 20-year Mughal-Maratha war which followed the passing of Chhatrapati Shivaji and later on, in the Indian freedom struggle. It was known to be a favourite spot of the legendary freedom fighter Bal Gangadhar Tilak and the site of Tilak’s famous meeting with Mahatma Gandhi in 1915.

The iconography of Tanaji and his exploits also continued to inspire numerous patriotic novels, poems and films. One of the more noteworthy ones was written by none other than Veer Savarkar during the freedom struggle. The ballad, not surprisingly, was banned by the British.