The Best Time To Announce Bharat Ratna For Raja Ravi Varma Was 2014, Second-Best Is Now 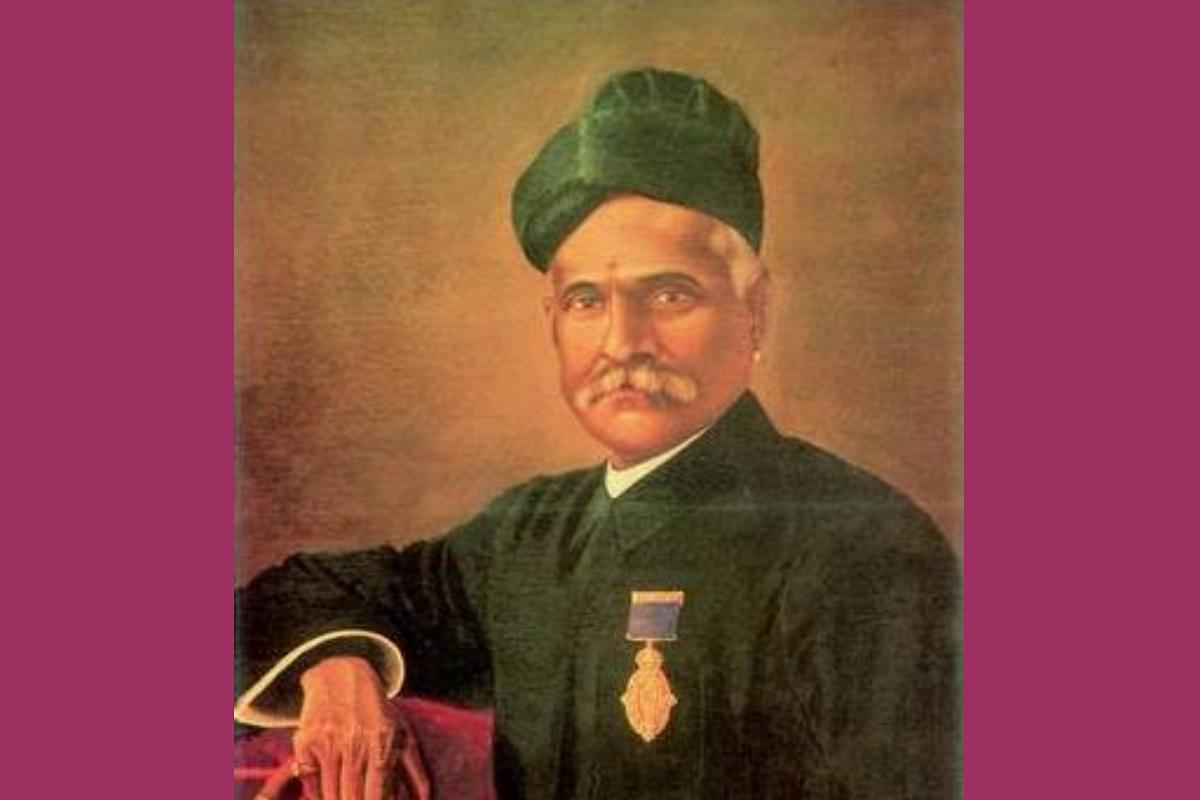 The erstwhile royal family of Kilimanoor has urged the Union Government to confer the Bharat Ratna on Raja Ravi Varma. A report in The Hindu mentions that the erstwhile the family has submitted a proposal to G Kishan Reddy, Union Minister for Culture, urging the government to consider Varma’s "creative excellence, path-breaking innovations, amazing artistic prowess and exceptional performance that carried India’s name and fame beyond its borders...".

The 175th birth anniversary of Raja Ravi Varma coincides with the celebrations of 75 years of India's Independence. This is a timely opportunity for the Modi-led government and culture ministry to honour the Bharat Ratna by conferring it on Raja Ravi Varma in 2022, because it missed the chance of taking the initiative in 2014. Honour delayed is honour denied.

Raja Ravi Varma's canvas became an abode of rasa, holder of the aesthetic experience, mirror to diversity in representation of art and audience. The family of Raja Ravi Varma, art lovers, art historians who appreciate and understand his work, his value to the Indic cause, and ordinary Indians who know Varma's work simply because his art reached their humble lives via his oleographs, have had to wait for decades for the highest civilian honour to Varma.

For now, the culture ministry should, without doubt or delay, take up the opportunity to run a stroke of amends over the canvas of time and take a positive call on conferring the Bharat Ratna to this artist of civilisational value and pride.

Blissful, dramatic, even musical, Varma's paintings and work evoked joy and ananda. What else is the purpose of Indic art?

This ananda, aroused by his manifestations in visual art, portrayals and perceptions, had roots in ancient India, shoots in colonial India. Its visual fragrance has spread over the decades.

Conferring the Bharat Ratna to Varma would be a tangible step towards reminding the people of India, and giving a message to the world, that the award is going to the artist who democratised Indian art, who paid a subjective and inward tribute to the Indic civilisation, who left a mark on household walls, pooja spaces, art history, art galleries, architectures, mediums and material. He retold the beautiful. He retold 'aesthetic'. He retold beauty -- in times of a civilisational conflict.

Gujarat, the state where PM Narendra Modi comes from, is home to the Gaekwad Gharana which houses the works commissioned to Varma by the rulers of the erstwhile Baroda state during the 1880s. The collection here is a repository in itself of Varma's painting-repertoire. Varma was instrumental in making art reaching the rajas and the common man during the colonial times. He established a sense of equality in the consumption of art for the later years.

Raja Ravi Varma was sharing his subjective experience in art, and his conversation with colours and form, to give it Indic and universal significance.

Raja Ravi Varma's creation repertoire lived two lives. One while he was living a journey rife with real struggles, and one after his death when his works would be seen by art critics and historians, sometimes in reflection of the paintings' own brilliance, but mostly in the shadows of what his repertoire wasn't perceived to offer in the inherent realism.

Raja Ravi Varma brought a printing press. His oleo-graphs would reach the average Indian household with the help of this printing press. His explorations of the ancient in the form of scenes from the puranic tales, from the epics, would find the most deserving audience -- the common man.

For the Indic civilisation, an artist who and whose work allowed the depictions of the deities to reach the ordinary man and home, is and should be of more value, certainly, than those who have appropriated the deities.

I met artist V Ramesh at an exhibition in 2013. He painted his own take on Raja Ravi Varma's work. For this, he gave a beautiful dimension to print in watercolor through reproduction of Raja Ravi Varma's work Hansa Sandesh (with the same title). In his work Sisters in Sorrrow: A portrait of Damyanti and Shakuntala, Ramesh portrayed the melancholic duality and singularity of sorrows faced and shared by Damyanti and Shakuntala in Raja Ravi Varma’s own work. There were several other artists whose work, a contemporary 'high art' take on the 'low' ('popular') art of Varma, was exhibited and seen.

The liberal media's insincerity lies in the fact that it is more dramatically sensitive to the ups and downs and 'struggles' of the men of the 1970s who painted Bollywood posters before becoming known for being famous in Europe, than towards the master of consistency on canvas and in oil (Raja Ravi Varma). He was the one who wanted to chase and did immerse himself in the process of making colours. He studied temple art, took up the task of using oil as his medium for exploring the prolific subject line, remained East, gave devotees the visual depictions of the deities.

The portrayal of women in Raja Ravi Varma's art prepared and broadened the canvas for the expression of beauty, as seen and imagined in the Indic woman, in 'modern' art. The presence of the vehicles of the deities, of the Divine Feminine, Indic musical instruments, the flora and fauna, poetry in human figuration, made his works, oleographs and prints the bearers of "Indianness", which he was softly accused of failing to arrive at in his works. His works are visual archives that offer a study and peep into the people, lives, fabric -- literal-cultural-social, particularly women. They call it 'low' because 'popular'.

Sections of 'liberal' intelligentsia have been churning out their own self attested inconsistencies in accepting Raja Ravi Varma's repertoire and legacy over the years, mainly for his explorations of what they identify as 'mythology'.

On the bright side, there have been positive challenges taken by some of India's top and leading contemporary artists. A fresh breakthrough in turning contemporary art towards Raja Ravi Varma's work was when art historian and curator Rupika Chawla, known for her explorations of the artist's work, came up with an intervention in 2013.

She made the artists take a relook at the works of the master and present their own interpretations of his different works, in their own style, thought, and medium. This writer got a close look into why and how Raja Ravi Varma is and remains the 'modern' Indic fountainhead of visual art.

This writer believes that the meeting ground for takes and adaptations on Raja Ravi Varma's work are essential and path breaking for the continuing journey of explorations by Indian artists in oleograph, miniature, prints, photography, tea stain, colour, and most importantly, artistic thought.

Waswo X Waswo, an American artist based in India, whose work, form and thought has an admirer in this writer, told her in 2013: “I have great respect for Ravi Varma’s work. I have studied Oleographs and prints in my artistic journey and realised that Ravi Varma was like Shakespeare. He delved into human emotions and expressed them very dramatically."

Raja Ravi Varma getting a Bharat Ratna in this decade would help Indians and Indics open their eyes to the valiant contribution he has made to our civilisational heritage.