The Dark Knight And The Yuga Of Avatars In Hollywood 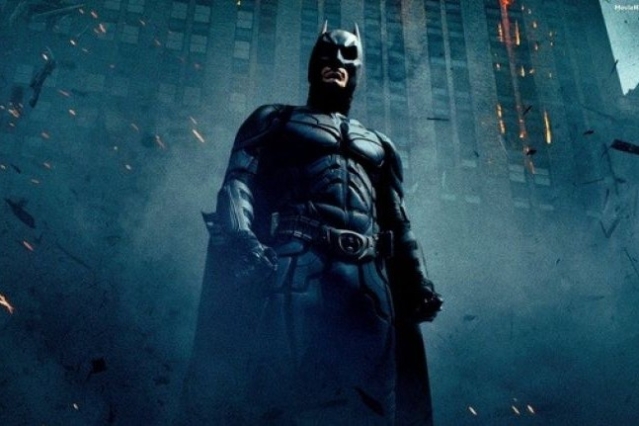 A scene from movie The Dark Knight.

The universe is infinite and so is the quest of people to know more about their existence and purpose in it. This quest reveals as much as it obscures and can definitely be called the mother of much philosophy developed in this world. While not everyone is a philosopher, the essence of all beliefs and views are beautifully woven in the form of stories and these are shared through the art of ‘storytelling’ across cultures.

Undoubtedly, one of the biggest, most impactful and popular medium of storytelling is cinema.

Call it the constant melee of reality and unfathomable desire, call it escapism or a mere pastime, cinema has an ability to transport the audience to a world which they may never transit to in a lifetime. Some brilliant directors ventured into life altering stories and this led to their deep impact on civilisational and individual pursuits.

Christopher Nolan’s The Dark Knight comes as one of the landmark movies of its time. Apart from being one of the most successful projects, it brought in a nuanced understanding of right and wrong against an otherwise tepid morality and caricature of the superhero genre. It redefined the Western hero, from an accidental virtuous gizmomaniac who follows a lame story arc, to a layered human being who is trying his best to overcome his shortcomings and uphold his ‘calling’, as we would say it, his dharma.

Knowingly or unknowingly, the movie takes in dollops of inspiration from the Hindus’ revered heroes. Intentionally or otherwise, Nolan sneak peeked at India, saved the dying superhero genre and recreated the story of, what I call a ‘Hinduised’ Batman. His villain, Joker, was also intelligent and had an uncanny philosophy behind his acts. The Dark Knight showed fight among deep seethed beliefs of two warring human beings. A thin line between right and wrong, unmistakably similar to the scenarios in Indian epics like Mahabharata and Ramayana.

The fallibility of a hero is well described in Ramayana, where Lord Ram kills Bali in a manner against the rules of combat and one which did not befit a warrior. If we look at it, it’s an episode of moral turpitude. Lord Ram gave his reasons with which we may agree or not, but the passage and its clear reference in Valmiki Ramayana, shows the beauty of Hindu epics: they are written as it is, without contrived holiness or an effort to cleanse the ‘ultimate gods’. Such a vulnerability and layering in modern superheroes is what is making the genre the most sought after. It opens up debate, leads to a path of self-discovery and finding or recalling answers which we may have sought from a long time.

New-age superheroes of Hollywood are gaining worldwide acceptability, because they appeal to the subconscious need of human beings to revere, venerate, touch and see the heroes (or call them god) whom they can relate to, both in terms of challenges and moral skirmishes of an unfair life. Doctrinaire and fundamental religions also don’t help here. What Hollywood essentially lacked was the cohesion, the logical and moral framework to create a story which is both enthralling and provokes the subconscious.

The Hindus have had a history of the avatar concept with heroes who followed dharma and led their followers to self-realisation and their people to security and prosperity.

It’s not Batman alone who’s now questioning his present and motivations, there are references galore about this newfound ‘vulnerability’ in other superheroes too. So Avengers suffer from their affectations and dark past. The new Superman is a human being with love for his foster parents and girlfriend. Spiderman is deeply saddened by his uncle’s death and does his penance by following his calling. Iron Man, the billionaire prodigy, knows his privileges and constantly questions the morality of his acts, so on and so forth.

Now imagine a scenario where Hollywood craft meets Ramanand Sagar-kind of reverence. Ram, Krishna, Kali and many Hindu figures will be the heroes the world is waiting for. There cannot be a more complete, a more wholesome hero than one who can fire arrows with equal elan as he/she can sing and dance, is mystifying and contemporary and above all has a well-defined purpose, transcending yugas.