The Enduring Appeal Of The Great Indian Epic Song Tradition 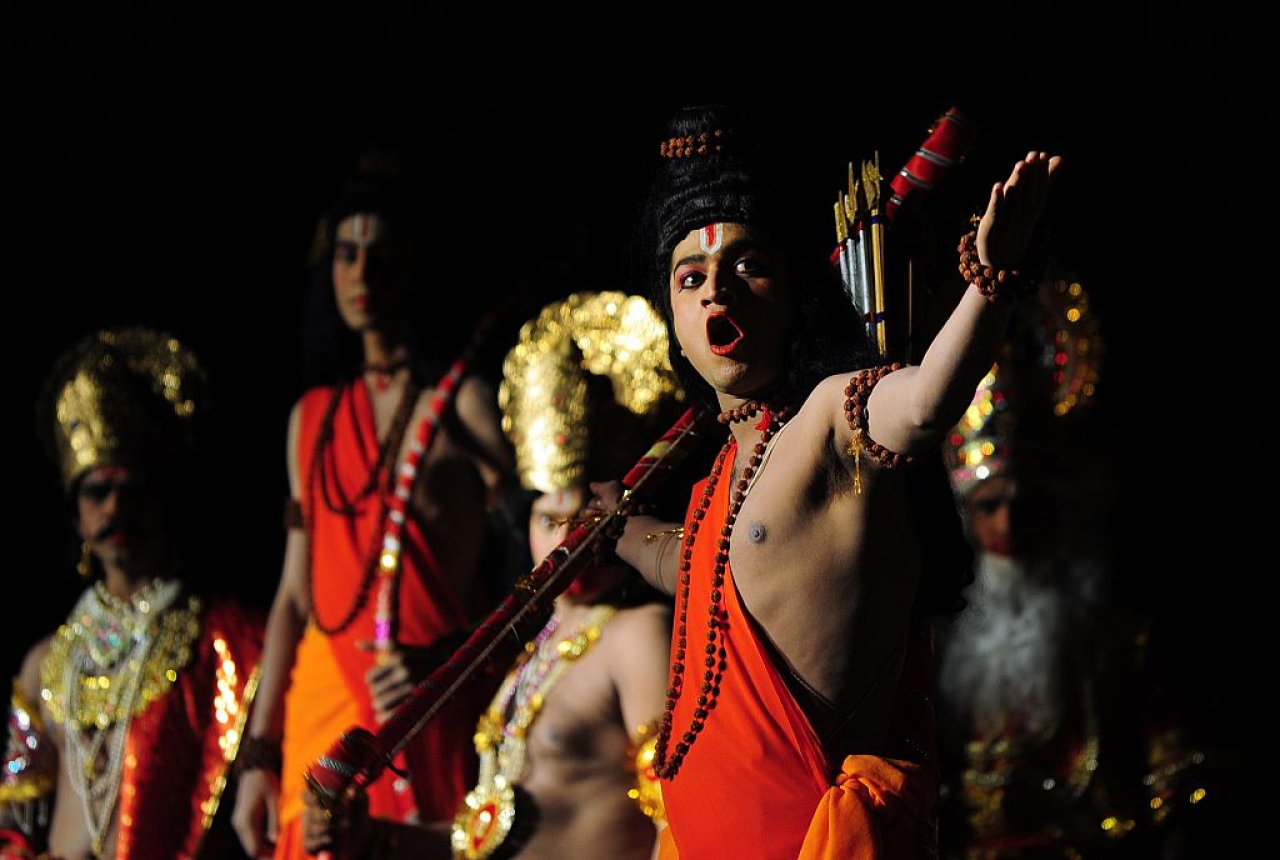 This is the first in a four-part essay that delves into the various timeless epic song traditions of India and highlights their influence over Indian history and culture.

The epic poem is a long narrative sung in a formal setting which deals with events that “have a certain grandeur and importance and comes from a life of action, especially of violent action, such as war. It gives a special pleasure because its events and persons enhance our belief in the worth of human achievement and in the dignity and nobility of man.” (C M Bowra in Prasad, 1988, page xxiii).

According to Hiltebeitel (1976), “legends [and epics] are stories which take place at a specific time and on a specific terrain; they deal with the origin, nature, and destiny of man, and their most prominent characters are heroes.”

The poetic narrative in which human characters, endowed with superhuman qualities and powers, undertake and execute superhuman tasks are to be found in the earliest Indian tradition. There is mention in the Vedic period of the Akhyanas, Itihasas, and Puranic epic songs that were a reservoir for use in community festivals and domestic ceremonies.

In royal festivals, lute players sang the glories of their patron in their own compositions (gathas). For the expectant mother, there was a ceremony that included song-narrative extolling heroes. After a death, the members of the family were consoled by epic songs sung over several days. The singing was done by communities of professional storytellers. Much of the old material is to be found in the epics of the Mahabharata and Ramayana as well as the various Puranas, which may cumulatively be called the classic Sanskrit Epic texts.

The performance of such songs continues to this day. It involves narrating and singing episodes from the texts over a certain number of days. These performances may include a discourse that punctuates the songs. The material is well known to the listeners, the novelty consists in the manner of rendering.  In addition to the Sanskrit epics, we have the regional oral epics. Blackburn (1989) has classified these epics based on geographical range, theme (martial, sacrificial, or romantic), and setting (ritual or entertainment).

John Smith (1989) sees the Indian epics as articulating an ideology where the “epic performances serve to propitiate the gods, in the hope that they may visit no further harm upon their human worshipers, while epic narratives, on the other hand, serve to warn worshipers what they may expect if that hope proves to be ill-founded.”  He adds: “Epic heroes – and by extension we ourselves – are the gods’ scapegoats: we take on their ills and suffer on their behalf. They make us sin, they make us die, and they expose us to appalling social, sexual, and moral conflicts; and there is nothing whatever we can do to help ourselves. We may acquiesce in our fate or we may kick against the pricks, but we cannot escape the evil that the gods thrust upon us.”

I believe this judgment is a consequence of an erroneous understanding of the nature of the Indian civilisation. Certainly, there is suffering, but this is not due to the capriciousness of the gods but rather a consequence of not understanding one’s true self. There may be the tyranny of fate, but there is also freedom of action. The gods do not need humans, therefore their propitiation does not make sense. The gods actually reside within the mind of the humans, and the descent of the gods is a metaphor for the person getting in touch with his or her true self.

The enduring popularity of epic songs in India is because of their emphasis on becoming as contrasted to the being of the West. Indian aesthetics stresses self-transformation, and the heroic stories recounted in the epic songs are intended to inspire the listener to self-transcendence. The dawning of the post-industrial age, with its emphasis on personal fulfilment and search for knowledge, appears to foreshadow the rise of values consistent with those of the old heroic age. Of course, the expression of these values is likely to be different from the epic song genre, given the flexibility provided by modern information technologies.

The epic songs of India are popular also because their heroes are flawed, and there exists some moral ambiguity in their actions. The philosophy behind this is the Vedic idea of paroksha, or paradox, taken to be necessary in the unfolding of events. The moral ambiguity works like the hubris of Greek myth and drama, creating a space that is not quite in the realm of gods, although it is superhuman.

The moral ambiguity may also be viewed as a requirement to make possible a karmic chain. When gods appear on earth as heroes of epics, that appearance is, in itself, a paradoxical situation and, ultimately, it can only be rationalised as part of lila, divine sport. The actions of all human actors are governed by fate (vidhata), and only when they transcend their karma are they transformed into heroes.

Although I do not agree with many details of the analysis of the epic Mahabharata by Hiltebeitel (1976), he is right to stress that the “epic poets would emerge not so much as programmers, transposing one set of information into another form, but as rishis, in this case the rishis of the Fifth Veda whose school is covered by the name of the elusive but ever-available rishi Vyasa…By calling attention to this term for visionaries and poets, I refer in particular to the rishis’ faculty of seeing connections, equivalences, homologies, and correspondences. This faculty of seeing connections would have involved the epic poets not only with correlations between myth and epic but also between epic and ritual… [The poets] seem to have perceived correlations between myths and adjacent portions of the epic plot, correspondences which were meant to deepen one’s awareness of the meanings on both the mythic and epic planes, and ultimately, perhaps, to afford a glimpse of broader unities.”

It is also for this reason that Indian epics continue to enthral listeners.

This essay was originally presented at the seventh International Conference and Festival of Asian Music, Busan, Korea during 26-30 September 2002 and has been republished here with permission.

Advertisement
Subhash Kak is Regents professor of electrical and computer engineering at Oklahoma State University and a vedic scholar.
Get Swarajya in your inbox everyday. Subscribe here.
Tags:
10 Shares