The Lytton Connection To Lutyens’ Delhi 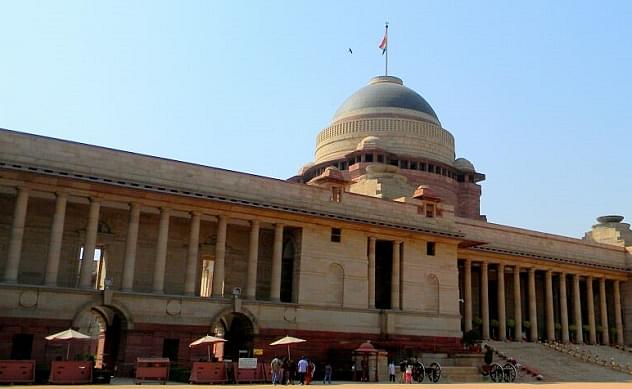 Did the best designed and most coveted bit of New Delhi start and finish with Edward Lutyens and Herbert Baker, or does the short story have a back story? In any case, whether in the realms of fact and metaphor, grace and favour, pen or sword, Lutyens’ Delhi still rules the sub-continent. It began, on a parallel track, to official Whitehall and Calcutta/Simla.

The obscure 19th-century writer, Edward Bulwer-Lytton, has left behind at least two lines that have notched him a couple of cuts on the scratching post of posterity. The first is lampooned by fashionable creative writing courses on both sides of the Atlantic. It is the tagline of the annual Bad Writing Awards handed out in the UK and named after the poor man, to boot. It is: It was a dark and stormy night.

Stood up by itself, I can’t see what’s wrong with it. Why is it regarded as a hopeless cliché? Did Bulwer-Lytton pick it out of pantomime or burlesque tradition, tongue in his cheek, when he inked it in at the start of his novel Paul Clifford in 1830?

In point of fact, the phrase was actually the start of a reasonably long compound sentence; one that ran to the size of a short paragraph. So do the good writing course wallahs actually dislike the turgidity of long compound sentences?  They do have a stretch-limo-like construction, not likely to appeal to Mini-lovers.  Well, probably.

The other line, used so often that you’d think it came from folklore, is this: The pen is mightier than the sword. There it is, and Edward Bulwer-Lytton wrote this one too! How did one ‘bad writer’ contribute two iconic lines? Even if this one does evoke shades of the Fall of the Roman Empire and all the journalistic braggadocio of Lutyens’ Delhi, all at once.

But I find dark and stormy still fresh and evocative.  It has a pregnant and suspenseful Mary Shelley’s Frankenstein about it. It raises expectations. It makes you look forward to what comes next, in a lip-smacking, ketchup and Tarantino sort of way.

Bulwer-Lytton’s body of work, prose, poetry and letters, is not negligible. He didn’t exactly lack readership or critical acclaim in his time either. To wit, Bulwer-Lytton’s letters to his son and others betray a certain self-satisfaction. But, all in all, it was probably just as well that he was a Baron, with an independent income, the sensibilities, friends and connections to go with the territory.

Come the 20th century, dark and stormy struck a chord with Charles M Schulz’s star Beagle, Snoopy. He loved it so much that he made it his own. Snoopy used it whenever he worked his Olympia Traveller, pounding away on it. Snoopy, the novelist, atop his dog-house, friend Woodstock the moulting bird, in attendance; starting, but never finishing, a series of thrillers.

And, then there is the India connection, through Bulwer-Lytton’s son and grand- children, and it is this: His son, after turning down the proffered Governorship of Madras, became Viceroy of India. Robert, Lord Lytton, Viceroy, 1876-1880, presided over a humdinger of a famine, the first Afghan War and the “Empress Durbar” in 1877 which proclaimed Queen Victoria Empress of India. He also designed various protocols and intricate gun salutes to calibrate the relative importance of each of the princely states, all 558 of them!

Lytton enjoyed himself over this – some kings with kingdoms the size of football fields got no guns at all, several middling ones got 9, the biggest and the best got 21, and the Viceroy gave himself a chandelier rocking 31- so that  no-one was left in any doubt as to which tribe, in effect, ruled India.

But, in his heart, he wanted to be a writer, just like papa. His letters refer to it time and again, pining, and sentimental. Robert did write furiously in his youth, stacks of poems of indifferent quality, using the foppish pen-name Owen Meredith. Only to wilt gradually, damned by faint praise and stymied by neglect. His novel- in-verse Lucile ,was probably the high-water mark. It was made into a film too, in 1912, more than a decade after his death in 1891, but nothing much came of it either.

Fortunately, goaded by his father, Robert did take up a parallel career in diplomacy. He began as the Ambassador’s dogsbody at the British Mission in Washington, working for his ‘Minister’ uncle; served happy years in Italy and various spots in Europe, and reached the zenith of his career in India.

And later, after some years in the wilderness, he was appointed Ambassador to France. Interestingly, Robert Lytton even died in the act of composing a poem at the ambassador’s residence in Paris.  And his son, Simla-born, was briefly Viceroy in the 1920s too. It was a short stint, in between holding down the seat as Governor of Bengal, between 1922-1927.

This Bulwer-Lytton grandson, all Victor Alexander George Robert of him, ran into quite a few dark storms of his own trying to contain the burgeoning freedom movement- scrapping with Sir Ashutosh at Calcutta University one day, and working out how to keep the non-violent Mohandas Karamchand at bay on another.

There is more. Robert Lytton’s daughter Emily married one Edwin Lutyens, the talented arch-imperialist who designed the Rashtrapati Bhavan and a good deal of New Delhi besides. Lutyens laboured away, anchoring his thoughts on the belief that it would all endure for centuries. It might, yet, but not as the Raj, which puttered out into history, just twenty years after Viceroy House was built.

Perhaps Edwin should have taken a cue from his wife. Emily became the most ardent follower of Jiddu Krishnamurti. She also befriended the young and promiscuous Annie Besant and the growing Indian freedom movement.

But Edwin didn’t pay any heed to Emily’s native infatuations, cursing Indian architectural traditions even as he stole from them. Ironically though, it is the imperialist Edwin Lutyens, and not the India loving Emily, who’s remembered, his name, embedded in the power structure of India.