The Pilot And The Hijab 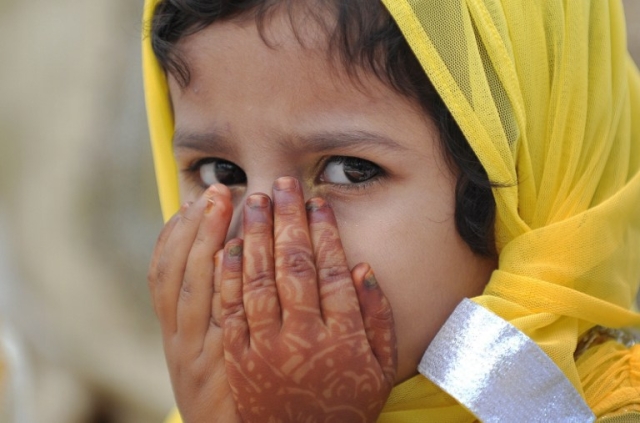 An extract from an exceptional book, Half A Billion Rising, by Anirudha Dutta, on how the future of India belongs to its women

Chandra’s mother was barely literate and therefore, did not see much merit in her daughters being educated, although the family could well afford to even after the death of Chandra’s father. But Chandra who was literate saw the merit in her daughters being educated. Rachita, Chandra’s daughter, got married when she was only nineteen. By then or shortly thereafter Chandra had started standing up for her rights and the rights of her children within the larger family.

I spoke to Chandra’s younger daughter, Sanchita, who lives and works in Sweden with her only daughter. Her house is double-storeyed with a small garden in the front, and towards the back the lawn merges with the woods. On bright summer days, birds come on to the porch to take a bath and drink water. Sanchita was tall, fair skinned and slightly overweight, with thinning hair. She wore high power prescription glasses with a trendy frame. The first proposal for marriage came when she was seventeen or eighteen, very similar to the age when her elder sister had got married. Sanchita recollected, ‘The proposal came directly from the boy to my mother. Thankfully my mother said first I had to finish my graduation and be independent.’ In another era, the proposal would have been welcomed as the boy was studying in one of the elite engineering institutes, IIT.

Sanchita went on to complete her graduation and then moved to Mumbai (then Bombay), in 1991. In Mumbai, Sanchita enrolled in an eighteen-month course at NIIT and her life changed. Mumbai and NIIT liberated her. This was a time when India had just started opening up its economy and suddenly the job market was booming. This was the period when thousands of students all over the country were enrolling in courses in information technology from institutes set up by NIIT and Aptech, two of the largest companies in this space; body shopping outfits were sending them to USA on projects. A few years later the Y2K boom resulted in demand for software professionals going through the roof. And for once India was ready to supply the world’s requirement of software professionals.

The world knows of Indian giants like Infosys, Wipro and TCS which forced the likes of IBM and Accenture to start setting up offshore development centres in India. These corporates also provided unprecedented opportunities to a generation of youngsters like Sanchita who did not make it to one of the elite colleges or institutes in India like the IITs or AIIMS or IIMs. Sanchita started her career with a Tata group company, and then over the years moved from one multinational to another till she landed in Sweden and now works for one of the global telecom giants. Years later she completed her MBA from Gothenburg University in Sweden and is now working in a leadership role in project finance with responsibilities for a few regions like Northern Europe and Central Asia. Sanchita has a successful corporate career while single handedly bringing up her daughter. Economic independence and a gender-friendly country gave her the courage to walk away from a bad marriage. But the steps towards a career of her own were not easy when in her extended family no girl or woman had worked outside their homes before.

Her mother’s support, education, changes in society in the late twentieth century and India’s economic reforms started under the stewardship of then Prime Minister P V Narasimha Rao changed Sanchita’s life. As I realized during my interviews, these are necessary conditions but are not always sufficient. Over and above or maybe along with them, the presence of a role model or support system within the family or society is very important.

In Sanchita’s words, ‘I graduated from a girl’s college in Kolkata in 1991. That year was the turning point in my life. After my exams, we went to Mumbai to spend my vacations at my brother’s place. Since the vacations were for few months, my brother proposed that I should do something constructive during my stay. It was with his encouragement that I joined NIIT in Mumbai. The duration of the course was one and half years—after much discussion, disagreements and lots of encouragement from my brother, it was decided that I would stay back in Mumbai to complete the course. I would say that the foundation of my career was laid there. I had the most wonderful period of my life in Mumbai; the stay in Mumbai built a lot of character in me and made me quite an independent and strong woman. I used to stay at Mumbai with my brother and his friends and never felt I was being judged as a girl.’

Growing up in an India full of gender biases, Sanchita needed a lot of luck, grit, determination and support, in her case to a certain limited extent, from her brother to get where she is now. She told me, ‘When I look at the mirror, I see myself as both a prisoner of birth in certain aspects (certain inhibitions inculcated due to gender biased ideas from my childhood) and also a prisoner of circumstances. But when I see my daughter growing up in a free society, I see her as a free personality without any shades of being a prisoner of circumstances.’

I cannot emphasize often enough that irrespective of the socio- economic strata that the children come from, it is important to have some additional support and right role models. Most of the times there is a role model inside the home, and we also have role models from outside, primarily from schools or NGOs. Sometimes it is the same person, as in the case of Saira from Mumbai. Her aunt who works in a NGO ensured that Saira’s education went in the right direction and thus, she escaped studying in a religious school in a slum.

Salva’s role model is outside her home. Salva in Hyderabad trained to be a commercial pilot and had just obtained her commercial pilot license (CPL) when I met her. She is the first Muslim girl from Hyderabad to get a CPL thanks to her determination, hard work and a lot of support from her benefactor, Zaheeruddin Ali Khan, the proprietor and editor of Siasat, an Urdu daily published from Hyderabad. Without Zaheeruddin’s encouragement and financial support, a baker’s daughter would never have become a pilot. And of course there was her mother’s support. When she was in Class X, her mother sold some of her jewellery to fund Salva’s studies.

When I met Zaheeruddin and Salva at Siasat’s office in Hyderabad in April 2013, I learnt that there were eleven other Muslim girls in the city training to become commercial pilots. Their ambitions were fuelled after reading Salva’s story in the media and their families also supported them. Salva unbeknownst to herself has become a role model for Muslim girls in the city. When I met Salva, she was dressed in a smart pilot’s uniform. As she was leaving, in one swift movement with practiced ease she wore a hijab on top of her uniform, covering herself from head to toe. The transformation from a modern aspiring pilot to a traditional Muslim girl was complete in less than a minute. It is tough being a girl in India, but Salva is also signalling the giant strides that girls like her have taken.

It would be difficult to appreciate how big a step this is for girls like Salva and the community they come from for people who are not familiar with the old city of Hyderabad. Muslims comprise over 40 per cent of the city’s population and in the 1980s and 1990s the city unfortunately gained notoriety as young teenaged Muslim girls, often from impoverished backgrounds, were married off to wealthy sheikhs from the Middle East for small sums of money. Twelve and thirteen-year-old girls were forcefully married off to sixty and seventy year old men.

This was very well captured in the Hindi film Bazaar, which not only won critical and popular acclaim, but also became well known for its lilting and haunting musical score. Thankfully one does not hear about such incidents anymore. Media outrage, the spread of education and awareness, economic growth and opportunities, the work of NGOs and the philanthropy of families like the proprietors of Siasat and the emergence of Hyderabad as an IT centre, all helped to stem the rot that had spoilt and destroyed the lives of a generation of young girls. Girls like Salva are also playing a significant part in this change by serving as right role models. I asked Zaheeruddin what impact the education of girls was having on families and society. He said, ‘They are challenging all the older norms. When a mother gets educated, then no child will remain illiterate.’