The Scholar Whom Audrey Truschke Cites Finds Her Tweet ‘Shocking’ 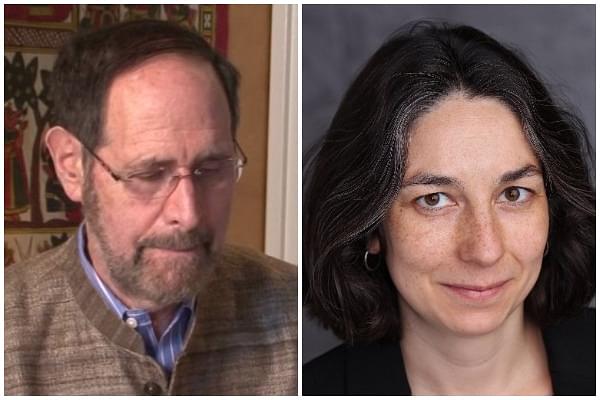 For anyone unfamiliar with these episodes, in Valmiki's telling (I'm loosely translating here): During the agnipariksha, Sita basically tells Rama he's a misogynist pig and uncouth. During the golden deer incident, Sita accuses Lakshmana of lusting after her and setting up Rama.

Hundreds of aghast and angered people protested and challenged her to provide a basis for this outrageous claim – which were the exact Sanskrit verses in the Ramayana, where Sita had made such statements?

In response, she provided a reference to “3.43 and 6.103 respectively, of the Sanskrit critical edition”.

The next day, however, she admitted that this was incorrect, and tweeted:

Re #RamayanaGate over here, let me correct the reference for Sita's agnipariksa to 6.102-106; criticism from Sita in 6.104. Given here in the English translation of Goldman. Note, especially, vv. 5, 7, and 14. pic.twitter.com/ogmONZJaqq

The 'Goldman' she is referring to is Professor Robert P Goldman, Catherine and William L Magistretti Distinguished Professor in South and Southeast Asian Studies, Department of South and Southeast Asian Studies, The University of California at Berkeley. He is one of the foremost Sanskrit scholars in the United States and translator of the Ramayana.

So, Venkat Vaikuntanarayanan, a senior IT professional based in Florida, decided to write to Prof Goldman. Below is the relevant part of his mail:

I am writing this email with respect to Twitter posts by Dr Audrey Truschke of Rutgers University.

Dr Truschke has said in these posts that in the Ramayana, Sita basically "tells Rama he is a misogynist pig”, and seems to have based these on her reading of the "critical edition" of the Ramayana, by which I think she means your translation of the Ramayana, with critical commentaries. Her actual posts are:

For anyone unfamiliar with these episodes, in Valmiki’s telling (I’m loosely translating here): During the agnipariksha, Sita basically tells Rama he’s a misogynist pig and uncouth.

Folks, I provided the citation to the Sanskrit critical edition. If the accusation is that I did not put a scan of the text up here, well, as a professor I can live with the accusation that I didn’t do your homework for you. #Ramayana #AcademicTwitter

On page 53 of the translation of the Yuddha Kanda, you write: “Wiping her tear stained face, she replies to her husband with calm and reasoned dignity, defending her honor, asserting her loyalty, and criticizing him for harboring feelings of misogyny. She accuses him of giving way to anger like some common man...”

In your view, can this be the basis for saying that in the Ramayana, Sita called Rama a misogynist pig? Would that be a fair characterization of the interaction between Rama and Sita towards the end of the Yudha Kanda?

Below is the full text of Prof Goldman’s reply, in which he says that he finds the episode “extremely disturbing”, called Truschke’s language “highly inappropriate”, and says that what Truschke is saying has “nothing to do with our translation”.

Thanks for your message. I find it extremely disturbing but perhaps not unexpected to learn that AT (Audrey Trushcke) has used such inappropriate language and passed it off as coming from Valmiki. Neither the great poet nor we used anything like such a vulgar diction and certainly Sita would never have used such language to her husband even in the midst of emotional distress. Nowhere in our translation of the passage do we use words such as you mention AT as using.

When she refers to the "critical edition” she is referring to the Sanskrit text of the Ramayana as reconstructed by the scholars at the Oriental Institute of Baroda. We have, of course translated the whole text but she is in no way quoting our translation but giving her own reading of the passage in her own highly inappropriate language.

Sita is, or course distressed by Rama’s words when she is first reunited with him after her captivity. But her speech is dignified and moving. We have tried to capture her level of diction in our translation which nowhere uses either an anachronistic term like “misogynistic” or the utterly vulgar and wildly inappropriate term “pig”. Quite shocking, really. It seems as if she is superimposing her own feelings on the poetry of the Adikavi. It has nothing to do with our translation.

For your information I am attaching a copy of our published translation of the relevant passage.

With all best wishes.

The following is the text that Prof Goldman has provided, and which Audrey Truschke is citing to defend her claim:

23. ‘‘Or, Sita, set your mind on Sugriva, lord of the monkeys, or on the raksasa lord Vibhisana, or on whomever you please.

24. ‘‘For surely, Sita, once Ravana had seen you, so enchanting with your heavenly beauty, he would not long have left you unmolested while you were dwelling in his house.’’

25. When Maithili, who deserved to hear only kind words, had heard those cruel words of her beloved after such a long time, she shed tears and trembled violently, like a vallari creeper struck down by the trunk of an elephant lord.

The end of the one hundred third sarga of the Yuddha Kanda of the Sri Ramayana.

The end of the one hundred fourth sarga of the Yuddha Kanda of the Sri Ramayana.

Thus, the very translator whose work Audrey Truschke is citing to make her claims, is calling her behaviour “quite shocking”. “(S)he is in no way quoting our translation but giving her own reading of the passage in her own highly inappropriate language.”

“…(O)ur translation… nowhere uses either an anachronistic term like ‘misogynistic’ or the utterly vulgar and wildly inappropriate term ‘pig’. Quite shocking, really. It seems as if she is superimposing her own feelings on the poetry of the Adikavi. It has nothing to do with our translation.”

How will Ms Truschke respond now?

(Swarajya is grateful to Roopen Roy for giving us access to the e-mail exchange.)