We Need One Final Solution For Arbitrary Firecracker Orders 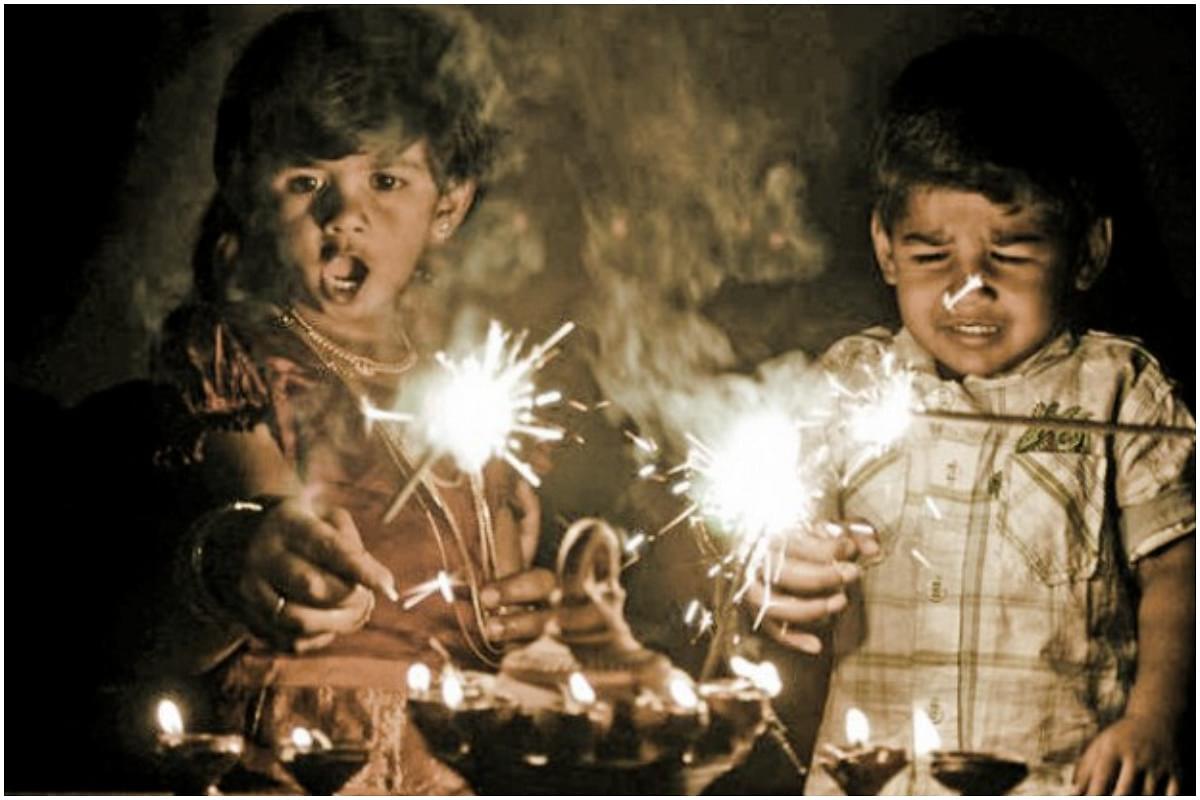 Lay the blame on the judiciary or the legislature, but at this point it is clear that indeed a certain arm of the state is responsible for firecracker 'fatwas'. While the blanket ban in the National Capital Region can be attributed to the judicial activism of the Supreme Court, now almost a routine, in many states it has been the respective state governments that have ushered the restrictions on time if not a complete ban, as is the case in some states and UTs.

There are two questions that warrant an urgent addressing here. First, can the state, any arm of it, dictate how a festival is to be celebrated?

Can the same environmental activism be employed when it comes to deforestation or the use of plastic props for Christmas or when it comes to animal slaughter during Bakrid? If not, how can the state force its environmental concerns during one festival alone? Can the Supreme Court, or any state government, recommend goat-like stuffed toys instead of real goats for Bakrid? Should it?

Two, can the arm of the state, even when it allows firecrackers, dictate the window as to when they can be burst? In less than ten years, we have gone from bursting crackers to twenty days before Diwali, starting from Dussehra, to merely two hours on the day of Diwali. Tomorrow, what if the state starts putting an upper cap on how much firecrackers an individual can purchase or how many people are allowed for Ganapati Puja?

Today, many Hindus online are deriving happiness from the fact that there is no ban in their respective states as is the case in NCR, but a two-hour window for a festive celebration is as incorrect and unacceptable as a blanket ban, just that the gradual interference of the state hurts less than the kind of interference being witnessed in NCR. Can the Supreme Court, or any state government, recommend the timings for singing of carols in a church or for offering prayers in a mosque? Should it?

There is another concern about Diwali becoming an annual social media whining project. Truth be told, there is a threshold to what outraging on Twitter can achieve and this year, that threshold has been breached several times.

This year, netizens found momentum to their anger in the post-match celebrations in certain pockets of India after our team’s defeat to Pakistan coupled with the firecracker wokeism of our captain Virat Kohli. In Delhi, firecracker ban in place was disregarded in Seelampur and did not invite any police action as a child in the same city would for carrying crackers worth a few kilograms. Minority appeasement or arbitrary fatwas of the state? You decide.

The question is who shall be the scapegoat next year, or the year after, if the firecracker fatwas become a norm? This year it was the events of Seelampur and the wokeism of one celebrity but will Hindus need a scapegoat each year to realise their right to celebrate the festivals in the way they see fit?

Firstly, from a cultural perspective, it’s not the obligation or some moral burden of Hindus to dilute their festivals to appease the seasonal environmentalists or celebrities who have a greater carbon footprint than that of a small colony. Hindus in India have nothing to prove when it comes to their progressiveness or being socially inclusive and therefore the ones dismissing firecrackers as regressive do not deserve any attention or justification.

Hindus derive their right to celebrate Diwali in a way they see fit from the Constitution of India and must not be required to beg before any arm of the state to exercise that right. From a political perspective, the arbitrary arm-twisting of the state, or any arm of it, is against the secular credentials parties and judiciary boast of regularly. Also, the elaborate work done by any party in Ayodhya or elsewhere cannot be an excuse for it to be silent on the issue of firecrackers. These are two separate issues and must not be mixed.

Sadly, the economic consequences of these firecracker fatwas have not been deliberated upon enough. Are the rights of the firecracker manufacturers less important than those of protesting farmers outside Delhi? While the farmers of Punjab got the benefit of doubt, as the stalled farm laws prove, where is that benefit for the production companies and for the millions dependent on them? What about the traders who rely annually on Diwali to sell crackers and generate significant profits? Why this selective convenience of the state?

To all the above problems, there is only one absolute solution- that there is no ban on firecrackers, none whatsoever.

The state, from the legislature to the judiciary, can no longer turn a blind eye to the stubble burning around NCR that results in smog. It’s not the firecrackers. They are not even amongst the top ten factors responsible for the air pollution of the region. While the state chooses to ignore this truth for vote bank benefits and the judiciary ignores it for the ease of picking on low-hanging fruits like Hindu festivals, the elephant in the room must be called out, assuming it is a fight against pollution and not a motivated crackdown against Hindu festivals.

Further, the state governments, some of them that go as far as allowing people of a certain community to offer players in public spaces, or some parties, that go as far as encouraging the halting of an infrastructure project with absolutely no regard for resulting traffic emissions, have no right to dictate how many hours firecrackers bursting can go on for.

Are scattered PILs a solution?

While one cannot doubt the intent and integrity of the lawyers and lobbies reaching out to the courts, the solution must come from the elected representatives.

Decriminalising firecracker sale, storage, trade, and transfer is a non-negotiable along with no restrictions on timings. There cannot be different rules for loudspeakers that echo five times a day for three-sixty-five days a year and for firecrackers on one day of the year. They both are a part of our social culture so why does the latter get the step-motherly treatment from the state?

The whining on social media, and the cases being made across news channels and portals, quite like the one being made here, must usher a change in the thought process of the state and it is the moral, political, and duty-bound obligation of the elected representatives beginning from the Centre to liberate the biggest Hindu festival from the tyranny of the judiciary and seasonal environemntalists within the state and elsewhere, or else, these elected representatives risk failing the subjects of Lord Ram.

Subtle attempts at dilution and suppression of Diwali, masquerading as environmental concerns, must be called out.