What Ails The Tamil Film Industry 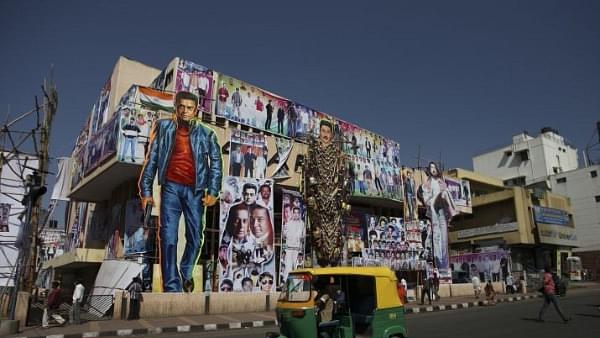 Three decades ago, it was possible to see any film, old or new, spending just a few rupees in a neighbourhood theatre in Tamil Nadu. For Rs 100, a family of five could enjoy a movie screening in an urban centre. Things have changed today that, so much so that even Rs 1,000 is not adequate for a family of five any more. This is particularly true of films that are declared a “hit”. For other films that are not considered a hit, no great income is assured.

In the 1970s, with matinee idol M G Ramachandran (MGR) focusing on a political career, Tamil films began to reflect socio-economic changes. Fans accepted films that replicated their real-time life events. Directors like the Devaraj-Mohan duo and Bharathiraja pioneered the trend and even moved out to rural areas for shooting, from urban studios. The Tamil film industry got a new lease of life, well-known film personality Venkatesh Chakravarthy wrote in a guest column in Tamil India Today in the issue dated 19 March 2003.

Things have changed drastically now. The Tamil film industry is plagued by four critical issues apart from the “dominance” of theatres, distributors, and digital service providers (DSPs) – the high cost of film-making, huge payments to leading actors, piracy, and high ticket rates. These issues are not new and have been in effect for the past two decades. However, the industry has been surviving the ups and downs, either with the arrival of new technologies or through innovative business management.

From 1 March, producers in the four southern states have vowed to not release new films in protest. This follows a failure between producers and DSPs to enter into an agreement over the rates for digital screening of films.

In the digital era, anybody who has a ‘credible’ storyline can become a director, if possible, actor, and even a producer – all at the same time! Back in the day, over 50 producers held the industry under their command. Stars and directors were born, but producers were needed to identify them. Later, stars began to dominate the industry and it continues to this day. As a result, salaries for the stars and other production expenditures jumped, forcing several front-line companies to quit film-making. For example, AVM productions, a leading film production company, has been almost inactive. Old producers aren’t comfortable with the tectonic shift in releasing films on a large scale by knocking at every theatre and trying to mint money in a couple of days, according to an aspiring filmmaker.

Second, payments and call sheets of leading actors are other factors that drove away producers.

The mid-nineties witnessed a big change in taste, packaging, style, and content of films. Of course, costs mounted for advertisement and release. After liberalisation, Indians’ tastes in movies changed, and so did their film choices. This helped big-budget films to come to the fore, leading to unprecedented spending even on promotion. Films like Enthiran, by the director Shankar, and the Kamal Haasan-starrer Dasavatharam returned windfall profits.

Not all films experienced such success. For example, Rajinikanth’s Kochadaiyan, a film that experimented with a new technology, failed at the box office. In contrast, small-budget films provided handsome returns to producers. The revolution in digital technology helped films overcome constraints and some were even made with a budget of between Rs 1.5 crore and Rs 5 crore.

The gamble of film-making resulted in bleeding the production company. G Venkateswaran, a leading Tamil film producer and elder brother of noted director, Mani Ratnam, committed suicide after facing a string of flops and becoming burdened with debt. The recent suicide by production executive Ashok Kumar has exposed the presence of usury and black money in the industry.

According to a research report, only 30 per cent of the films recover costs, discouraging the recognition of the film business as an industry. This is why banks hesitate to finance films and private moneylenders rule the roost.

It has been reported that actors’ salaries also raised the cost of making a film. In early 2000s, the salaries made up about 30 per cent of the cost; now they make up nearly 50 per cent of the total cost. The Chiranjeevis and the Rajinikanths commanded Rs 1 crore per film, triggering a salary war among leading stars in those days. Even MGR and Sivaji did not command such huge payments.

Liberalisation was the factor, industry people used to say. Television channels competed with each other to cut a pie in film promotions. On the other hand, the channels themselves started to showcase films and film-based entertainment programmes. This change affected single-screen theatres that screened old films and second releases. At present, every new film, irrespective of its budget and stardom, is immediately aired on television during important festival days. This has turned television rights into a revenue source for films.

Hike in ticket fares and an increase of malls have led to another problem – piracy. Even today, several producers complain about piracy. The main reason for it today is high ticket rates in theatres. Film critics argue that the storyline in most films are disappointing, and fans aged over 40 years have a distaste for the commercial genre of films. Portrayal of sex and violence in higher proportions is the main reason for their disappointment. And since filmmakers target the youth, they have not bothered about it.

While the film Viswaroopam faced opposition from Muslim organisations, Haasan suggested that he would release the film via satellite in digital formats. However, distributors and theatre owners protested and threatened a blanket ban on his films in the future. His idea is still being discussed, though. A few distributors have formed cartels to force theatres to not screen films that don’t come under their jurisdiction. Small-budget film-makers are unable to screen their productions. Similarly, director Cheran launched a DVD format distribution for films that don’t get screens for exhibition. But it failed, as there were few takers.

Still, many producers feel that a cut in paycheck for leading actors and domination of distributors and digital screening companies are the main issues that plague the industry. In contrast, film critics are asking directors to come up with storylines that engage the masses instead of depending on appealing to the youth. Interestingly, it was a similar scene that prevailed 15 years ago!

Ramesh Babu is a journalist and writer. He tweets at @Axewords.