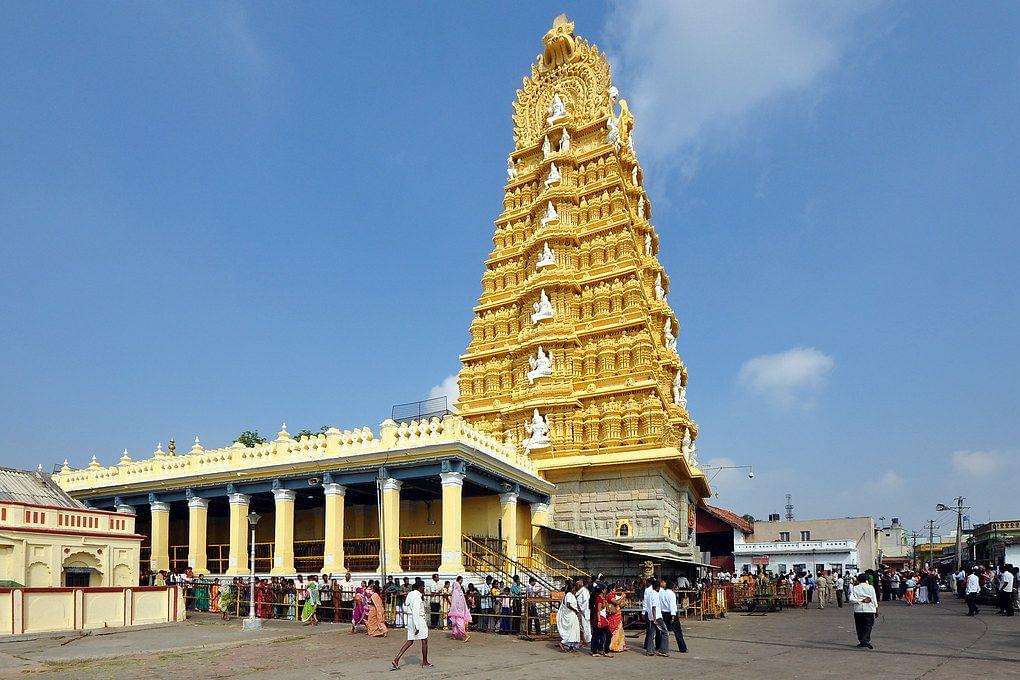 Will the Travancore judgement have repercussions for other royal families who have also been waiting for decades to get back their rights over the temples they once built?

‘It surely is a ray of hope. Though premature to comment about the current judgement without studying it in detail, that the shebaitship has been upheld by the apex court is a huge positive outcome of this battle,” says son-in-law of Jayachamarajendra Wadiyar, R Rajachandra Urs, who has been actively involved in similar cases for decades.

The Mysore royals are the traditional shebaits of the Mysore Chamundeshwari Temple among many others that the erstwhile kings of this city of palaces built. Many of the temples were built with their own private funds.

But systematic attempts to take over not just the temples under the Muzrai Act but also the palaces have seen the family at loggerheads with the government for decades now.

“May be now, at least those temples which are outside the premises of the palace, we can think of. Given this judgement, it is surely a possibility,” explains Urs, who is one of the senior-most members of the family.

The Mysuru case is different from that of the Travancore and Cochin Royal family, where there was an arrangement prior to the accession to the Republic of India. The arrangement to have a trust for the management of the temple, the constitution of a devaswom board and the like had all happened between 1947 and 1950.

But the same is not true for Mysuru.

“Whatever was declared in the public fund had been anyway moved to the government as per the Instrument of Accession. But the government has betrayed the family even though certain property was declared as acquired out of their private wealth and declared as private assets. No other royal family has faced such a struggle. It is unique to Karnataka,” say sources close to the family.

The Travancore journey cannot be mapped onto Mysuru for the temples were all managed by the family until the Karnataka governments in 1974, as soon as the erstwhile King of Mysore passed away, used the Muzrai act to takeover the temples, some of which were inside the temple palace premises, which had been declared as private property during the accession.

Recollecting the takeover of the temples in the 1970s, Urs describes how the Muzrai Department took over the temples even before the family could fathom what had befallen them.

“Within four to five days of my father in law's (Jayachamarajendra Wadiyar) death on 23 September 1974, our own Muzrai Act of 1927 had been used to take over the management of these institutions — that included all temples within the palace premises, the Chamundi Hill Temple, the Jwalamukhi Temple, the Kamakameshwari temple as well as the Maharaja Chamarajendra Wadiyar’s memorial in Kolkata. The family didn’t even know — since there was no notification,” he recollects.

But the battle is a two-fold one as the state government then took over even the very palace that belong to the royals in the late 1990’s. H D Devegowda and Siddharamaiah used the the Bangalore Palace (Acquisition and Transfer) Act, 1996 and later the Mysore Palace (Acquisition and Transfer) Act, 1998, to take over the administration of the two properties.

Hearing a case filed by Srikantadatta Wadiyar, in 1998 the Karnataka HC upheld his petition and a writ of mandamus was issued to handover the Bangalore palace back.
“ Meanwhile they enacted another enactment – in 1998 – the mysore palace acquisition and transfer act – which means they violated a writ of mandamus and compounded it with a new enactment – and continued to hold the palace,” details Urs. A 2001 petition seeking shebaitship was dismissed by the Karnataka High Court.

The legal tussles have been too many and gone on for too long, with the case now pending in the Supreme Court. The Bangalore Palace case is in status quo which applies for the Mysore Palace too, and thereby the temples too. But the current scheme of things in the country feel like a wonderful change, hints Urs.

From the time of being told that "morality is not the court’s concern" while arguing during the privy purse case, to now witnessing the "Ram Janmabhoomi verdict and this Travancore judgement" is a huge change and a positive one at that.

"The motto of the Supreme court says 'Yato Dharma Tato Jaya' and if the court was saying morality was not the concern of the judiciary, where was one to go?" asks Urs, reflecting upon the argument in the privy purse case.

From then to now, “probably our judicial system is finally coming out of the mindset of the Indira Gandhi regime. In the light of this judgement , we have to find the ways and means to think how to take this up,” he says.

And crediting the victory of the Travancore family to the participation of the society as a whole, Raja Urs says that is what makes the difference.

“The tantri also filed a petition, the way the people backed this battle, the way Sai Deepak argued, all of it made it possible,” he says.

Adding that the bench is important too, he signs off, hopeful that the Mysore Temple administration too will be given back to the shebaits, the Wadiyars.