Who Is The Greatest Captain In ODI History? 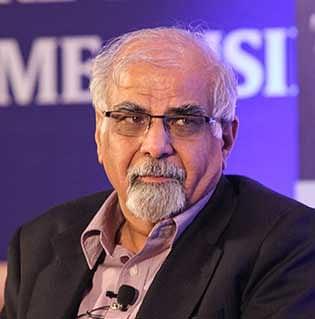 ‘Criconomics: Everything You Wanted To Know About Cricket And More’, Surjit S. Bhalla and Ankur Choudhury, Rupa publications

Surjit S.Bhalla and Ankur Choudhary, in their new book, ‘Criconomics‘, use statistics to determine the greatest players and achievements of ODI cricket. Given below is an excerpt from the book on captains in ODI cricket. Read on to know who comes out as the greatest captain according to Bhalla and Choudhary:

Who Is the Greatest Captain in All ODI History?

It is Hansie Cronje of South Africa, who earned 16 more victories for South Africa by virtue of his captaincy. Clive Lloyd is second with 13 Extra Wins from two-thirds as many matches (80 v Cronje’s 125). Let us look at that best v greatest distinction again. One might make the claim that Lloyd should be number one, because his Extra Win percentage is larger than that of Cronje. Lloyd won 16.3 per cent more matches, compared to Cronje’s 12.7 per cent. Why not Mike Gatting then, who won 18.7 per cent more matches? In fact, Gatting is a perfect example to illustrate the difference between being the best and being the greatest.

He [Gatting] captained England to an Ashes series victory in Australia in 1986/87. In 1987, Gatting gained notoriety in the ‘Shakoor Rana affair’ when he argued with umpire Shakoor Rana in Faisalabad. He was accused of adjusting the field illegally, i.e. after the bowler had started running in, and warned… An argument ensued, during the course of which Rana accused Gatting of breaking the rules and Gatting shouted ‘We made the rules.’ He had to be dragged away. Martin Williamson, editor of Cricinfo, subsequently commented of the incident, ‘Whatever the provocation, Gatting was in the wrong.’ Gatting also reflected later that ‘it wasn’t a very proud moment of my career’. He also admitted that, whatever the official reason given, it was the real reason why he lost the England captaincy the following summer.

Longevity is a virtue that one deserves no small credit for. Think of it this way—if Cronje, or for that matter Ponting, kept the job longer than others, it was because they met the stringent requirements for longer; hence, Cronje and Ponting should get credit for extra wins derived from longevity.

As it turns out, there is more to the Cronje story, or more accurately, saga. He was found guilty of the crime of match-fixing. However, note the irony—you can only fix to lose or do worse, and hence it can only depress your record as a captain. Here, Cronje is consistently winning 13 per cent more matches. So, he is unlikely to have been a congenital match-fixer. However, spot-fixing is entirely within the realm of winning ‘extra’ matches and fixing a few spots along the way.

There is an interesting coincidence between the Test and the ODIs regarding the result about captaincy. As mentioned at the start of this chapter, BTW (1987) had a (non-conventional) finding as the best Test captain—the psychologist gentleman captain of England, Mike Brearley. As everyone knows, Brearley contributed very little with the bat in Test cricket. Indeed, BTW did not even rank him in the top 105 Test batsmen. Cronje averages a healthy 37 runs in ODI but with a very low strike rate of 73, his overall rank as an ODI batsman is a low 80.

Another interesting observation is that while the Waugh– Ponting Australian team of 2000s pips the Lloyd/Richards West Indies team of the 1970s–80s for the greatest ever, Clive Lloyd himself is a shade ahead of Ponting, even if barely so. It is worth mentioning that even if one uses the conventional stats of actual win percentage, Lloyd, Ponting and Cronje make the top three, all of them above a phenomenal 70 per cent. And Cronje obviously had the least strongest of the three teams to lead. So, it is not a surprise that he turns out to be the greatest captain in our analysis.

MS Dhoni of India, the only currently playing captain in the top ten, is ranked high at No. 4 and is within striking distance of Ponting. Imran Khan, No. 5, is undoubtedly the greatest captain Pakistan had. Steve Waugh is ranked No. 10—thus, that other debate—who was a better captain, Ricky or Steve—seems to be settled in favour of Ponting. However, do note the close correspondence in the Extra Win percentage—6.6 per cent for Ponting and 6.1 per cent for Steve Waugh.Close but with an advantage to Ponting. And over all the matches that Ponting captained, he provided twelve extra wins to Australia versus only six for Steve Waugh.

Two other ‘intriguing’ findings. First, that barring Zimbabwe and Bangladesh, England has three of the nine worst captains in ODI history. This is entirely consistent with our findings at the team level—England, on average, had a 3 per cent lower winning rate than they should have and one which worsened after 1990.

The second interesting finding is that the second greatest batsman in ODI history, Sachin Tendulkar, has one of the worst records amongst all captains—an Extra Loss percentage of 12 and 7.2 Extra Losses over his captaincy career. We can now truly understand his agony when he writes of 1997:

However, things were really starting to get on top of me. I hated losing and as captain of the team I felt responsible for the string of miserable performances. More worryingly, I did not know how I could turn it around, as I was already trying my absolute best… Losing a string of very close matches had left me badly scarred… The fact that we failed to chase down 120 had nothing to do with lack of talent. (emphasis added)

(After the Barbados defeat, Sachin Tendulkar considered quitting cricket, Indian Express, 3 November 2014.) ‘Nothing to do with lack of talent.’ Well, at least Sachin was never in denial. It is remarkable how good our indicator has turned out to be in uncovering good and bad captaincy, even though it took some faith in applying it.