Why India Must Follow Kshatriya Dharma To Defeat ‘Adharmi’ Pakistan 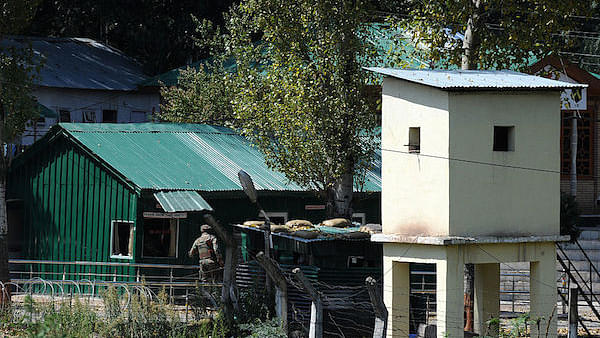 Chhatrapati Shivaji Maharaj was practising Lord Krishna’s ahimsa when his armies fought against the tyrannical rule of Aurangzeb in the seventeenth century. The Hindu resistance to foreign rule that continued for over a thousand years, from the first Arab invasion in the eighth century to the British rule in the twentieth century, was rooted in the true meaning of Vedic ahimsa – which is actively working to remove the forces of adharma from the world, even if force is required. Ahimsa as merely avoiding the use of force, or not using weapons, is something any coward can do.

True ahimsa does not mean non-violence under all circumstances, nor does it require surrender to the forces of darkness in order to avoid conflict. It means reducing the amount of harm going on in the world, which requires a proactive policy. It does not imply only passive resistance but also empowers active resistance when necessary. In this regard, the Indian freedom fighters that used force against the unrighteous British rule were also practising ahimsa, though perhaps not of the Gandhian variety.

The Mahabharata and Vedas extol ahimsa on several levels, notably what Arjuna practised under Krishna’s guidance, which is a good example of Kshatriya ahimsa – the ahimsa or removal of harmful forces that is the duty of the Kshatriya or the warrior/military class of society to fulfill.

Vedic Dharma only brings in the use of armed conflict if all other diplomatic efforts do not work, but does not reject it outright. Krishna though the greatest diplomat of his time could not convince the Kauravas to give up their arrogant efforts to usurp power and not give the Pandavas even five villages of their own.

Arjuna himself in the Mahabharata speaks eloquently on the use of the danda, the rod, symbolising punishment. He says that the danda protects Dharma and that if the danda is not used to protect people, the world falls into blinding darkness.

Ahimsa as the rejection of all use of force, we should note, was also never a state policy in Buddhist countries, as the great Buddhist scholar, Sri Lokesh Chandra has said. We find Buddhist kingdoms with armies and a Buddhist tradition of martial arts extending from India to China and Japan.

History of Hindu resistance from monks, yogis and swamis

Monks, yogis and sadhus took vows of ahimsa, but this did not exclude defending people from adharmic attack. The Nath Yogis stood on the front lines, protecting temples and holy sites against Muslim invaders seeking to destroy them. Swami Vidyaranya, in the Shankaracharya line of Sringeri Math, organised the Vijayanagar Empire to protect Hindu Dharma from the Islamic onslaught, inspiring armed resistance that included removing Islamic kingdoms like the Sultanate of Madurai.

The Sikhs as under Guru Gobind Singh employed the same Kshatriya Dharma in fighting the Moguls, for which they were often tortured and killed. The valiant Gurkas of Nepal have a Kshatriya tradition going back to Gorakhnath and the Nath Yogis. Even Brahmins and Sadhus took up resistance to Alexander the Great’s assault on India over 2,000 years ago.

This practice of self-defence is the true history of India, not surrendering without a fight under the pretext of following a higher Dharma of ahimsa, meaning desisting from all use of force. Of course, there were instances of Hindu or Buddhist kings behaving unrighteously, but this also was in violation of Dharma and was not honoured either.

Great gurus of modern India like Sri Aurobindo raised a call for a new Kshatriya spirit, a strong military and active resistance when needed. Aurobindo supported the Allied efforts against the Nazis in the Second World War, when Gandhi did not. He also supported the American defence of Korea against the Chinese communist invasion during the Korean War, and warned India of the great dangers of communism that Nehru failed to see.

Need to defend not compromise Dharma

We should question the belief of those who hold that Hindus violate their true Dharma of ahimsa by taking up arms against those who attack them. This implies that Hindus who honour the Kshatriya Dharma are violating Dharma and yogic principles. The contrary is true. By denying the right of defence to Hindus, Dharma is violated, not supported and may suffer greatly.

India today is faced with a hostile Pakistan that makes the Kauravas look like saints. In the face of such dire challenges, a strong Kshatriya Dharma is required, which obviously means not only diplomacy but also the possible use of force.

Gandhi’s ahimsa and Nehru’s diplomacy exacerbated the Kashmir problem in the beginning by not taking all of Kashmir back into India after the initial invasion of the region in 1947. Its overemphasis on ahimsa as avoidance of conflict and its failure to fully honour a Kshatriya Dharma discredited India’s true martial spirit and made those in the armed forces feel apologetic about their roles.

The Vedas speak of the need of Brahma and Kshatra to go together – meaning that worldly and political power should follow a higher spiritual and yogic Dharma. This principle should be remembered.

The Hindu tradition has never promoted conversion by force, nor has India ever invaded other countries promoting religious wars of conquest. Hindu Dharma considers that moksha or the liberation of the inner self, which exists in the hearts of all, is the ultimate goal of every person. It tells us that we should seek all means of peace and reconciliation in human conflict.

Yet it also holds that we should never compromise truth or Dharma. If you appease a bully, his bullying efforts will only get worse, as Swami Rama Tirtha once said. If the forces of adharma do attack, they must be opposed by all relevant and necessary methods.

To give up without a fight, or to compromise Dharma to avoid conflict, will be taken by the forces of adharma as surrender and an invitation for them to take over. Today India has to stand firm as a military, economic and spiritual force in the world. This is certainly its way of progress for the future in all fields and on all fronts.