Why Is Shakespeare Relevant Today? 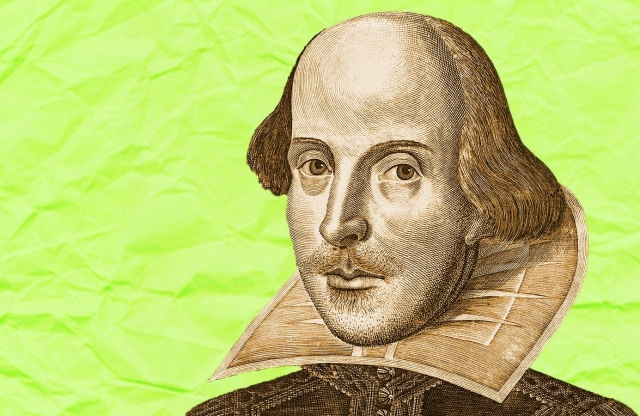 One of the hotly debated issues in literature is the question of the relevance of Shakespeare’s plays to this age of science and technology.

This is the age of astrophysics, space travel, neuroscience, molecular biology, computers, and cellphones, just to name a few.

Man has found a cure for all diseases except for a few like AIDS, and coronavirus which is raging now and most maladies except a few forms of cancer and neurodegenerative diseases, human life span has increased enormously, though as per present scientific knowledge, it cannot be extended beyond 115 years, even if all diseases were to be conquered.

Why, then, is one tempted to ask whether we should waste time in reading literature, and the plays and poetry of Shakespeare, in particular?

The question is not difficult to answer. After all, despite the great advances mentioned above, man is essentially a biological creature, and even among them, he is unique, as Hamlet observed in the following lines:

“What a piece of work is man!

How noble in reason! How infinite in faculties!

The beauty of the world,

The paragon of animals”.

So a study of man’s emotions, like love, affection, joy, ambition, frustration, jealousy, greed, and sorrow are of eternal interest to himself.

Great as the achievements of science are, Shakespeare, Homer, Kalidasa and Vyasa have not lost their hold on what is perennial in man.

Therefore, more than ever before , there is, in our age of anxiety, a need to study great plays and poems.

Poets constantly dwell on the themes outlined above. But they express their ideas with such rhetoric and music that we say to ourselves, "How I wish I were also able to express my emotions in that manner”.

And among poets, Shakespeare is supreme.

Nothing much is known about Shakespeare's education. At home, his mother probably narrated to him old Greek legends, and fairy stories, some of which are actually mentioned or referred to in his plays.

In the first school he attended (one of Stratford’s ‘petty’ or junior schools), he would have learnt his alphabet, the 10 digits and the Lord’s Prayer from a hornbook (a teaching aid).

Then he acquired at the King’s Place (the second school that he attended), a vast knowledge of grammar, latin and classical literature, which were to influence his plays e.g some of the ideas for his plots came from Plutarch’s lives, and Holinshed’s chronicles.

Some of the teachers were Oxford graduates.

No wonder he must have observed with poetic curiosity, the behaviour and style of life of all his classmates and teachers at school, and the various sections of people around him at Stratford upon Avon and later at London.

The alchemic process in his brain transmuted this vast knowledge into the rich gold of his everlasting plays.

I am inclined to believe that when Shelley wrote the following lines in his poem "To a skylark,"

In the light of thought,

Till the world is wrought,

To sympathy with hopes, it needed not".

he must have been thinking of Shakespeare.

Poets write poems without anyone asking (unbidden) out of their own pure creative urge, till the world is forced to take note of them.

Nobody compelled Shakespeare to write those plays. He wrote for his own pleasure and also for delighting audiences.

Thus, we are compelled to read them, not only for our emotional satisfaction, but also for the sheer joy they give.

However, despite all that I have stated above, one notices among the general population a lack of interest in reading Shakespeare's works.

Why has such a lack of enthusiasm arisen?

According to Bertrand Russel, the renowned philosopher and mathematician, schoolchildren are made to learn bits of Shakespeare by heart, with the result that they associate him with pedantic boredom.

If they could meet him in the flesh, full of jollity they would be astonished, and if they had never heard of him before, they might be led by his jollity to see what he had written.

But if at school they had been inoculated against him, they will never be able to enjoy him.

Observing that Shakespeare did not write with a view to boring school children but with a view to delighting audiences, he advises that if he does not give you delight, you had better ignore him!

In my view, this piece of advice applies to all others as well, not just school children!

However, if one wants to find delight in Shakespeare’s works, how does one start?

One should first read and enjoy the sheer music of the great passages in his magnificent plays, even if he doesn’t understand their meaning.

When he begins to enjoy the music, he will find himself gradually understanding the meaning.

After he understands the meaning, he may then read Shakespearean critics to enhance his appreciation.

Adman Stephen Baker, whose native tongue is Hungarian and who adopted English, writes that English was invented in heaven as the lingua franca of the Angels.

I am inclined to agree with him that English was invented in heaven, but I believe that it was invented as the lingua franca of Shakespeare.

Shakespeare is relevant not only today, but as Ben Johnson wrote:

"He was not for one age but for all time".

(V.S. Ravi is a distinguished and highly decorated IPS officer having served both the Government of AP and the Government of India, for 35 years. He retired in 1998. He is a scion of the Alladi family, being a grandson of the Late Sir Alladi Krishnaswamy Iyer, one of the Chief architects of the Constitution. Sri Ravi is one of the foremost authorities on Shakespeare in the country. He has contributed articles on Shakespeare to the Hindu and News Time Now. He passed Physics (Hons) with distinction and he has kept himself in touch with the latest developments in science and technology.)