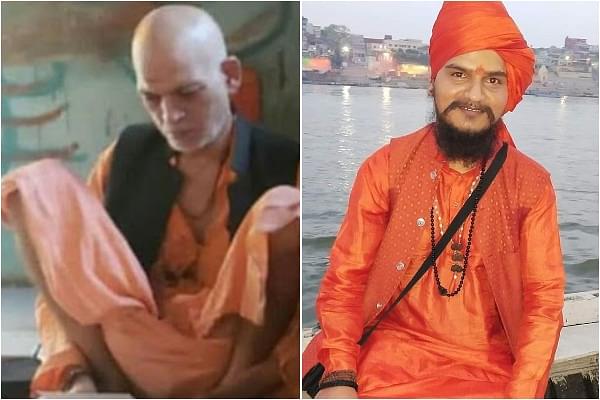 As per our lunar calendar, 28 March 2020 is Shankara Jayanti, the birthday of Adi Shankaracharya – a monk who plaited disparate metaphysical, ritual, logical and social strands into a meaningful whole.

For well over a thousand years, this date has therefore been an annual occasion for introspective gatherings, at the many monasteries he established across our land. But this year, the sacred date will be marked instead by solemn fasting, and deep sorrow.

This is because a mortal sin was committed earlier this month in Palghar, Maharashtra, when two Swamis and their driver were killed in cold blood by a mob – in front of the police.

Readers who are still wondering what the link between the horrors of Palghar and Shankaracharya is will be taken aback to know that the hapless victims belonged to an ancient order of monks – the Dashanami Sampradaya, established by none other than Shankara himself.

According to tradition, the first centres were set up by him around the 8th or 9th century CE, in four quadrants – Dwaraka in the West, Puri in the East, Sringeri in the South, and Jyothirmatham in the north, in Uttarakhand.

Another tradition places the Kanchi centre in Tamil Nadu as a primary fifth, possibly because that is where some believe Shankara breathed his last. The monastic order he created was led by legendary thinkers like Padmapada and Mandana Mishra.

Their successors came to be known as the Dashanami Sampradaya – the order of ten names (a reference to a list from which entrants are given new names). By other traditions, they are called the single-staff renunciates – a symbolic representation of the eternal connection between the soul and the truth, to emphasize Shankara’s thesis that all is one.

But whatever the names or symbolism, or wherever the centres, what is important is that Shankara established a process and a network of learning, both of which have continued unbroken into the digital age.

The Sampradaya’s work is clear – learning and teaching Advaita; a school of philosophy formalized by Shankara, which used logic to unify various concepts, to raise human understandings of life and society above options offered by rituals, devotionalism, theology and commandments.

To Shankara, it really didn’t matter what name or form you gave your God, or what rituals you used in pursuing that path of salvation; for him, there was a greater truth, about the natural order of things, which, if fully understood, would allow humans to apply right thought in right action for common good.

It was always about reducing differences in society, so that one could live a full life by the fruits of one’s labours. Knowledge could never be a subset of something else. This is what the centres were set up to study, and this is what the single-staff renunciates teach.

And it is these members of an ancient order who were killed like animals, in a savage manner, while men in Khaki looked on in proven, acquiescent attendance. The image of an aged Swami desperately flitting from policeman to policeman, begging for sanctuary, is one which will not recede from our minds for long ages to come.

This brutal, barbaric slaughter will be held as utter, unforgivable reprehensibility of the worst, criminally culpable kind for eons, long after the culprits have been served what they deserve, by our justice system.

And yet, this article is not so much about the cardinal sin which was committed at Palghar, as it is about ageless, priceless, oft-overlooked linkages; ones, going back to the very roots of our civilization, and which have now been stoked to life. This is also not about how Palghar sits so curiously at a dangerous intersection of Maoism, Marxism, and proselytization.

This is not about feral murderers who believe that anyone wearing saffron is a villain; nor about those who cannot distinguish between advaitins and Nagas. This is not about those who see anything in saffron as an existential threat, without ever being able to understand the sanctity or virtue of that hue. Not even if, by that view, and by this malevolent act at Palghar, they confirm to the contrary, that it is in fact this land’s own age-old way of life, which is actually under threat. No.

This is about a tradition of single-staff renunciates, who have wandered across forgotten corners of this land for millennia, trying to teach successive generations on how to rise above petty, needless, stifling restrictions of superficial identities. People who have never caused anyone any harm, and who have only ever sought to eradicate caste prejudices, as a man from Kaladi once did.

Shankara recognized that awful human tendency early on in his life, and it soon came to dictate his views on the truth.

Better than any anthropologist, historian, sociologist or psychologist, he understood how certain sections often used a neatly-sculpted, common identity to profitably dominate society, which was invariably bolstered by selectively-invoked scriptural sanction of hoary provenance.

He saw the opposite too, the effect, of how these efforts caused other sections to replicate that same formula to gravitate away from the mainstream. Such centripetal forces, he saw, did no service to mankind, and all disservice to the natural order of things. He saw the illogic of it. He saw that truth, as in the actual essence of everything, had first to be learnt, if Dharma was to prevail.

Now, the full story of how he brought various paths of salvation together by employing logic, how he showed that all texts actually carry the same message, how he defined Dharma so simply and so eloquently, and how he finally gave India unto herself, is one for another day. Here, today, on his birthday, the focus must remain on his successors – the Dashanami Sampradaya.

All they had ever done was to teach the truth, and an underlying cosmic commonality to everyone and everything; and by doing so, sought to improve society as intended by their founder.

But the secularists and liberals, for whom saffron means only evil, fascist Hindutva, would never see it that way. That is because the more this deeply-stratified, poverty-riven society consolidates, to rise above prejudices of caste, the more irrelevant these other, imported ideologies become. And that can’t be allowed.

As a result, a date, which should have marked the felicitation of a unique mind, has instead become one for recognizing the true gravity of the challenges which India faces.

The two monks may be dead, but from their murder rises yet another reason why the natural order of things needs to be reinstituted in India. Injustice cannot become a way of life, nor may predatory ideologies based on a reversal of logic prevail. Point is, there can either be the truth, or the subjectivity of it, just as there can either be morality, or moral relativism, but never together. Shankara would have frowned.

So, if the President of the Congress Party wonders why there is so much widespread anguish, over the vicious slaying of some vague saffron types in some vague corner of this land, now she knows.

If ever the secular and liberal forces wondered why there was so much genuine, heartfelt outrage over the horrific Palghar lynching, this is a time for them to understand – that if a monk, one of Shankara’s own, cannot continue his work in peace, without the risk of being lynched, then the threat is not to imported ideologies, but to everyone else’s way of life in this ancient land.

And, that this ungodly act will not be forgotten.