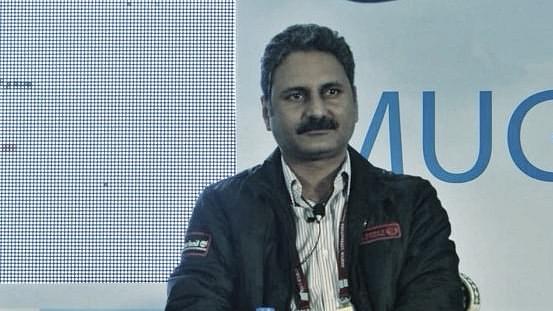 The acquittal of Mahmood Farooqui raises many important questions.

The Delhi High Court’s decision to set aside the conviction of Mahmood Farooqui, co-director of Peepli Live, on charges of rape of an American national is troubling. Not because the accused has been given the benefit of doubt, but because of the premise on which this doubt was upheld as enough to set him free.

The victim, an American researcher who worked for Farooqui, had filed a case of non-consensual oral sex that allegedly happened in Farooqui’s home on 28 March 2015. Farooqui, a favourite with Delhi’s secular-left folks, was arrested three months later on the basis of her allegation, and convicted by a fast-track court to seven years’ imprisonment in August last year.

The High Court verdict, delivered by Justice Ashutosh Kumar yesterday (25 September), is problematic because of the reasoning given by him and not just because there was a reasonable chance that Farooqui merely misread the victim’s signals.

The verdict noted that the woman was “very familiar” with Farooqui, and had earlier not been averse to some kissing or physical touch. The judge noted that “physical contact with Farooqui in the nature of a kiss or a hug was being accepted by her without any protest,” says a report in The Times of India, which quoted the verdict extensively.

Two questions arise: is familiarity and comfort a good enough ground to reject charges of rape? Most acts of molestation and sexual misconduct happen within families or people known to one another. This verdict could thus be used to suggest that in most such cases, there may have been consent.

Secondly, can acceptance of a kiss or hug, common enough in Western and elite Indian cultures, be reason to presume that an allegation of non-consensual sex be viewed with suspicion?

Many of the statements contained in the verdict, and reported by The Indian Express, are also problematic.

“Consent does not merely mean hesitation or reluctance or a ‘no’ to any sexual advances, but has to be an affirmative one in clear terms,” the judgment said. “In such cases, it would be really difficult to decipher whether little or no resistance and a feeble ‘no’ was actually a denial of consent.”

Does this part of the judgment imply that unless a victim made her non-consent loud and clear, or picked up a stick to assert her decision, one can presume there was confused consent?

Other sentences in the judgment are also worrying. “No may not mean no,” the judge said, and pointed out that there could be “examples of woman’s behaviour (where) a feeble ‘no’ may mean ‘yes’ in cases of past intimacy”. Further, he added, “in an act of passion, actuated by libido, there could be myriad circumstances which can surround a consent and it may not necessarily mean yes in case of yes and no in case of no.”

If ‘no’ means no only based on the volume of the ‘no’, and ‘yes’ may not always mean yes, one wonders whether courts can decide any rape case sensibly. At another point, the judge says “the questions that arise are whether or not there was consent; whether the appellant mistakenly accepted the moves of the prosecutrix as consent; whether the feelings of the prosecutrix could be effectively communicated and whether mistaking all this for consent by the appellant is genuine or only a ruse for his defence… and at what point of time and for what particular move, the appellant did not have the consent is not known.”

In effect, the judge is asking whether the victim’s real signals were being mistaken by the man, and if he had read her wrong, whether he can be held guilty.

But isn’t it entirely possible that a woman may be sexually attracted by a man, and may yet say no because she does not want complications in the relationship. In this case, Farooqui was already a married man, and the victim may well have seen this as a reason to say no. And is it also not possible that her feeble ‘no’ may have been the result of his superior position in terms of being her guide in her research project? Should persons in positions of power not have a more circumspect attitude when making sexual advances with those who operate under their guidance?

Once again, the legal issue that arises is this: in case of mixed communications, can the aggressor go scot-free or does he have some responsibility to check whether there is real consent before going ahead with his sexual act?

If you don’t understand English and a sign says “no trespassing”, can you claim you couldn’t read the sign and hence are not guilty of trespassing?

These are difficult questions, and wander into grey areas of the law.

More questions than answers emerge from this judgment in that minefield called sexual communication. Some observations are thus relevant.

First, while it is easy to decide cases of sexual assault and rape when the two parties concerned are unknown to one another, in cases where they are known to one another – as in an existing marital relationship or inside a family – the law will find it very difficult to do justice.

Second, we also need to make a distinction between rape, toleration of one-sided sexual interest, and breach of trust. Many rape cases may not be rape, but breaches of trust, where a couple may have sex, or one partner may permit sex, on the assumption of future marriage. Even inside marriages, sexual interest may not always be mutual; this means one partner may acquiesce in the act as part of a larger (but often unstated) bargain where he or she gets other benefits from the relationship. Rape charges are made when this acquiescence is withdrawn when a relationship goes downhill.

Third, at best of times, sexual communication can be misunderstood. The remedy is often not the law, but greater openness between couples and parties, so that there is a lower chance of misunderstanding. As a society, we must not only bring in sex education at an early stage in life, but also encourage more open communications on sexual matters between people entering deeper relationships.

Fourth, patriarchy has made men presume consent where there may be none or very little. Sex for many men is an entitlement – an idea that is worth disabusing. Clearly, the need is for greater gender sensitivity and inculcation of respect for the other sex from an early age.

The short point is this: the law cannot do what societies refuse to deal with on a longer-term basis.