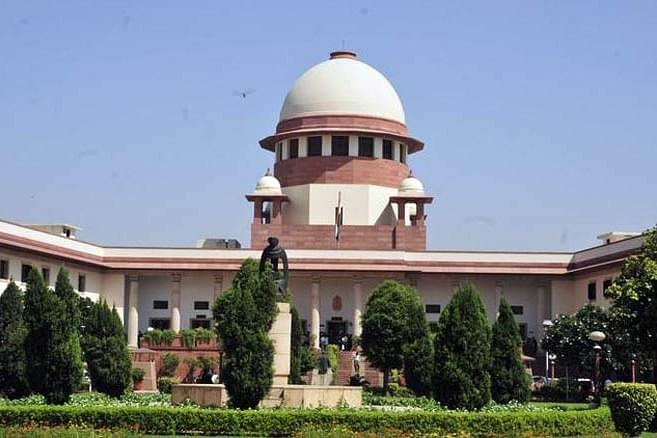 The Supreme Court of India will today (Friday) hear a plea by Central Bureau of Investigation (CBI) Director Alok Verma challenging the Union government's order asking him to proceed on leave. A bench headed by Chief Justice Ranjan Gogoi yesterday said “Verma's plea would be taken up on 26 October after his counsel pressed for an urgent hearing on the midnight order issued against the central probe agency's chief following an escalation of a rift between the top officials at the bureau over bribery charges”. Today's hearing will also include a petition filed by non-profit organisation Common Cause, which approached the court with a request to assign a special investigation team to probe corruption charges against CBI special director Rakesh Asthana.

Amid the ongoing crisis, the probe agency said Verma continues to remain the director, while Asthana will continue as special director. M Nageshwar Rao will look after the duties and functions of the CBI director until the time Central Vigilance Commission looks into the allegations and counter allegations between the top two officials of the agency, the spokesperson said, clarifying that Verma and Asthana have not been removed from their post. Meanwhile, the CBI on Thursday rejected reports that files related to several crucial cases, including that of the Rafale fighter aircraft deal, was under the consideration of Verma when he was divested of his powers.

National Security Adviser Ajit Doval said yesterday (Thursday) that India will need a strong, stable and a decisive government for the next 10 years to achieve its "national, political, economic and strategic" goals. He said the country can't afford a "weak coalition" government as it will be "bad" for it. Delivering the Sardar Patel Memorial Lecture in New Delhi, Doval pointed out that "unstable coalitions" are vulnerable to fragility and corruption.

India, Doval said, can't "afford" to be a soft power as it would mean compromises. "And when you have to make compromises then your political survival takes precedence over the national interest," he added. It is a weakened democracy that turns to soft power, Doval said, adding that the need of the hour was a strong government that is able to make hard decisions which may not be populist but will be good for the people.

India has directed leading social media platforms to take concrete steps to check spread of rumours and messages inciting unrest, cyber crimes and other activities that could be detrimental to the national security. The Union government has asked Google, YouTube, Twitter, WhatsApp, Facebook and Instagram to put in place a system for prompt sharing of information sought by the law enforcement agencies for investigation purposes. During a meeting with representatives of social media giants,

Union Home Secretary Rajiv Gauba said that they should nominate India-based grievance redressal officers and develop a monitoring mechanism for time-bound preventive and other actions for removal of objectionable contents. The social media platforms have vowed full cooperation with the government during the meeting which was also attended by officials from the Department of Telecom and various security agencies were also present.

India's aviation market has been on a roll for the last decade and now it has emerged that the country will become the world’s third largest aviation market by 2024 surpassing Britain. India currently is in the seventh position. In its latest 20-year forecast for the aviation industry, the International Air Transport Association (IATA) says that air passenger numbers worldwide could double to 8.2 billion in 2037. The biggest contribution in this growth will come from the Asia-Pacific region, which will account for half the total number of new passengers over the next 20 years. While China will climb up one spot to displace US as the world’s largest aviation market in the mid-2020s, India will take the third place by surpassing the UK around 2024, according to the IATA forecast. By 2037, India is expected to add 414 million passengers to its existing 572 million passengers, the report added.

Six Militants Killed In Two Encounters In Jammu And Kashmir

Since the beginning of this week, 11 militants have been killed in three separate encounters across Kashmir. Seven civilians were also killed in an explosion at Kulgam village soon after an encounter ended on Sunday.

Pakistan is gearing up to put a human in space in 2022 with the help of China, the country's Information Minister Fawad Chaudhry said on Thursday, the same year India plans to launch its manned space mission. A deal between Pakistan Space and Upper Atmosphere Research Commission and a Chinese company has already been sealed, Chaudhry said. This comes months after Prime Minister Narendra Modi, in his Independence Day address, announced an ambitious mission of sending an Indian astronaut to space by 2022, which would make India the fourth nation in the world to do so. Pakistan’s first space mission has been planned for 2022 and the federal cabinet meeting chaired by Prime Minister Imran Khan approved the plan on Thursday, ahead of his maiden visit to Beijing from 3 November. Pakistan and China already have robust defence ties and Islamabad is one of the top buyers of Chinese military hardware.

After Losing One Sabarimala Skirmish, Left Is Preparing To Win The War; Are Hindus Ready? The war for Sabarimala will not be won through nuanced arguments about diversity and balance. It will be won by using the same binary arguments that the left ecosystem uses to suppress Hindu religious institutions and spaces.

Saudi Arabia Comes To Pakistan’s Rescue, But Patchwork Remedies May Be More Dangerous: Having 210 million people of a nuclear state in economic distress is not something anyone in the world would be happy about, least of all the neighbours of such a country.