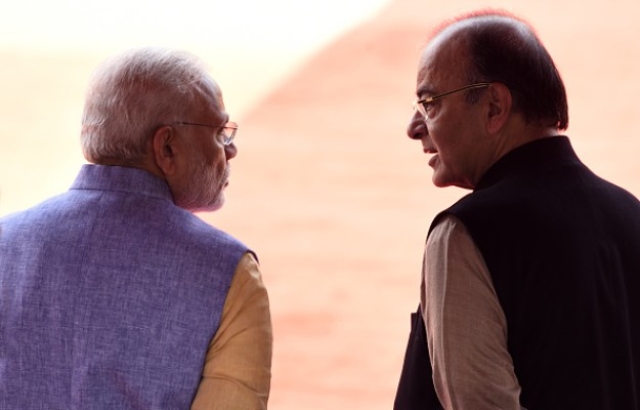 The Narendra Modi government is planning to present a full-fledged budget for 2019-20 instead of a note-on-account ahead of the Lok Sabha elections next year, Mint has reported. In an election year, governments present a vote-on-account, seeking approval from Parliament for expenditure during the interim period from the Consolidated Fund of India.

According to the daily, the finance ministry sent reminders to other departments and ministries on Tuesday to submit inputs by 30 November for finance minister Arun Jaitley’s budget speech. The government will also be publishing an economic survey, which is essentially a report on the trajectory of the economy. Normally, this task is left to the next government. After Chief Economic Adviser Arvind Subramanian resigned, it had been suggested that the government will skip the economic survey. The government advertised on 23 October for the post of senior economic adviser. As preparations for the budget begin, North Block will be declared out of bounds for journalists starting 3 December.

The Kerala High Court on Wednesday slammed the police and the Left Democratic Front government for imposing Section 144 of the Criminal Procedure Code at Sabarimala, and asked the latter to explain why it decided to do so. The court asked the Kerala government, led by the Communist Party of India (Marxist), to explain in detail how Section 144 is being implemented, who are the people coming under its purview and how do the police differentiate between devotees and protesters. The court also criticised the Inspector General of Police in-charge of Sabarimala and Superintendent of Police for action against peaceful devotees visiting Lord Ayappa’s abode.

This development comes just days after the HC criticised the government for using excessive force against devotees at Sabarimala under the guise of implementing the verdict of the Supreme Court regarding the entry of women of reproductive age into the shrine. The High Court said the heavy-handedness must stop and warned against denying devotees their rights. It said that the police “should normally be confined to their barracks instead of trespassing into spaces reserved for pilgrims”.

Government May Provide Jobs Growth Data Across All Sectors By 2019

The Modi government may provide data on the jobs that have been created in the country, both in formal and informal sectors, by early 2019, Mint has reported. According to the daily, this will include the data collected from industries and households, as well as small businesses that have taken out Mudra loans from the government.

The employment and unemployment survey conducted by the labour bureau, the National Sample Survey Office on jobs, and the survey on employment outcome of the Mudra loans will be used to generate data. Results of these surveys, officials quoted by the daily said, could be unveiled after the winter session of Parliament ends on 8 January.

After a series of developments in Jammu and Kashmir on Wednesday, which drove watchers to the edge of their seats, the state assembly has been dissolved by Governor Satya Pal Malik. The move, which came late at night, was reportedly triggered by Mehbooba Mufti’s decision to stake claim to form a government with support from Omar Abdullah-led National Conference (NC) and Congress. People’s Conference (PC) chairman Sajad Lone also staked the claim, although it was unclear if he had the numbers.

Alternate accounts have also emerged. It has been suggested that the Congress, along with Mufti’s People’s Democratic Party (PDP) and Abdullah’s NC, may have decided to stake the claim after they gathered that the assembly was being dissolved. In a statement, soon after the Governor’s decision, former J&K chief minister and Congress leader Ghulam Nabi Azad said that the three parties were still in talks about government formation and had to hold meetings with their leaders. Congress, PDP and NC together had 56 members in the state assembly. Lone’s PC claimed that it had managed to get the support of 18 members from the opposite camp apart from 25 of the BJP.

India To Beat Brazil In Sugar Output After 15 Years

After a long gap of over 15 years, India is getting ready to push Brazil to the second position in sugar production. Sugar production in India in 2018-19 is estimated to touch 35.9 million tonnes (MTs), registering an increase of about 5.2 per cent over last year, according to the latest report of the US Department of Agriculture (USDA).

According to the same report, released on Tuesday, Brazil’s sugar production is estimated to go down by around 8.3 MTs, bringing its total production to 30.6 MTs during this sugar year. The global production will also decrease by nearly 185.9 MTs, which is about nine million tonnes less than last year.

Gurumurthy’s Bad-Cop Role May Have Helped Push Government And RBI Towards Compromise: Whether by accident or design, the insertion of Gurumurthy into the board has activated a good-cop-bad-cop situation in the government-RBI relationship, and it is doing some good.

How India Got The Warships That Russia Was Building For Its Navy: Russia was building six Admiral Grigorovich-class frigates for its navy. The Indian Navy is now getting two of the six vessels planned initially.

BJP’s Silence Over Citizenship Bill Pushing Assam Towards Grave Crisis: The Citizenship Bill has sparked a feeling of let-down among the Assamese, who are showing signs of resorting to an armed struggle to preserve their identity.

The Rupee Is Rising - Government Needs To Keep An Eye On Farm Exports, Manufacturing Sector: India cannot neither afford to have an overvalued currency nor an undervalued one. A balance has to be struck and, perhaps, the government has to look at policy options like lowering interest rates.

If you’d like to support Swarajya’s heritage program, please consider taking a sponsorship plan. It’s a great way to help us fight the destruction of our cultural inheritance. Click here for more details