Morning Brief: Talks To Bring Real Estate Under GST; New Merger In Telecom Sector; US Pulls Out Of UNESCO 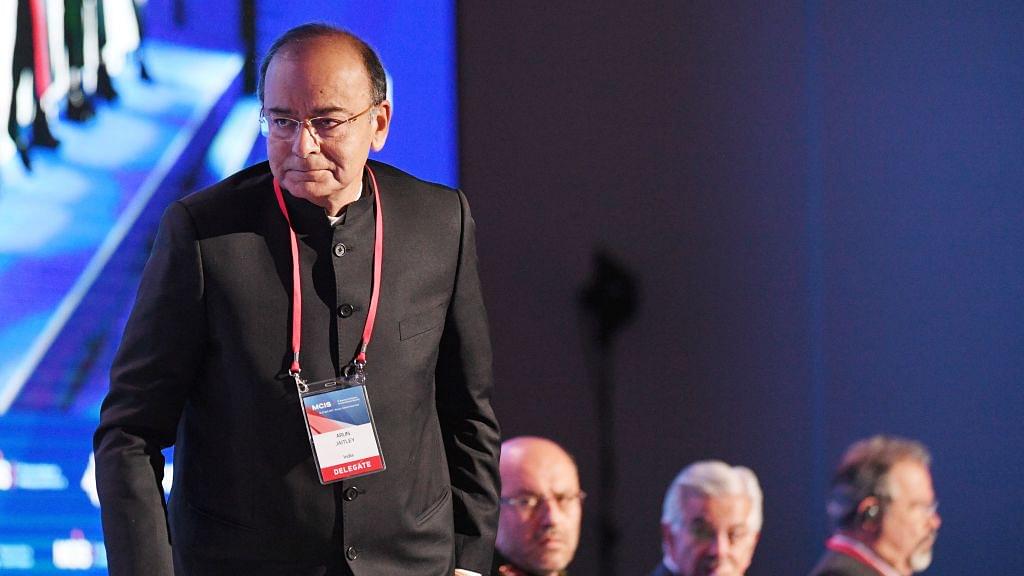 Talks To Bring Real Estate Under GST Soon, Says Jaitley: Finance Minister Arun Jaitley said the issue of bringing real estate under the ambit of goods and services tax (GST) will be discussed next month, as he acknowledged that it is one sector where maximum amount of tax evasion and cash generation takes place. Delivering a lecture at Harvard University, Jaitley said, the matter will be discussed in the next meeting of the GST, which is scheduled on 9 November. "The one sector in India where maximum amount of tax evasion and cash generation takes place and which is still outside GST is real estate. Some of the states have been pressing for it. I personally believe that there is a strong case to bring real estate into the GST," Jaitley said, while delivering the 'Annual Mahindra Lecture' on India's tax reforms. Petroleum products, alcohol and real estate are three sectors which were kept out of GST as several states were opposed to it.

Tatas Merge Mobile Business With Airtel: Intensifying the consolidation process underway in the telecom industry, the Tata Group has decided to quit the highly-competitive sector after nearly 15 years, merging its loss-making consumer mobile business, consisting of Tata Teleservices and Tata Teleservices Maharashtra, with Bharti Airtel. It follows on the heels of Vodafone and Idea – the second and third largest telecom companies respectively – agreeing to merge with a combined subscriber base of over 400 million. With this merger, Airtel will add Tata's nearly 40 million mobile subscribers to its own base of 280 million customers, taking it comfortably past the 300-million mark. "We believe today's agreement is the best and most optimal solution for the Tata Group and its stakeholders. Finding the right home for our longstanding customers and our employees has been the priority for us," Tata Sons chairman N Chandrasekaran said. Bharti Airtel chairman Sunil Mittal said on completion, the proposed acquisition will undergo seamless integration and further strengthen our market position in several key circles.

Reforms Undertaken By India Are Significant, Says World Bank Chief: The World Bank chief said on Thursday that the reforms initiated by Prime Minister Narendra Modi have been "significant" and the results would be reflected in the mid and long-term growth figures, just a day after the global lender forecast that India's gross domestic product (GDP) may slow down to 7 per cent in 2017. He was speaking at the start of the annual meeting of the International Monetary Fund and the World Bank in Washington. "Our team feels that the slowdown has been because of the waiting for the passage of goods and services tax (GST)," Kim said. "The GST will be very good for Indian growth, but for now the sense is that companies are waiting until that passes before really making investment and taking action. So, our sense is that this (slowdown in growth) is temporary," said the World Bank president.

US-Israel Pull Out Of UNESCO: The United States and its ally Israel said on Thursday that they were pulling out of the United Nations Scientific and Cultural Organization (UNESCO). The US decision, announced in Washington, follows years of tension at the organisation, which it accused of having an "anti-Israel bias”. "This decision was not taken lightly, and reflects US concerns with mounting arrears at UNESCO, the need for fundamental reform in the organisation, and continuing anti-Israel bias at UNESCO," US State Department spokeswoman Heather Nauert said. The US has walked out of the 195-member organisation once before under ex-president Ronald Reagan, who quit in 1984 over alleged financial mismanagement and claims of anti-US bias in some of its policies. Israel called the Trump administration's decision "courageous and moral" accusing the UN body of becoming a "theatre of the absurd" after a series of resolutions condemning the Jewish state.

Retail Inflation Steady, Industrial Output Surges: India’s consumer price inflation numbers remained steady in September while industrial production rose favourably. According to preliminary data released by the Central Statistics Office on Thursday, the consumer price index (CPI) increased 3.28 per cent year on year against the August numbers of 3.36 per cent. Meanwhile, the index of industrial production (IIP) increased to 4.3 per cent in August against July’s figure of 1.2 per cent. Since June, IIP has also recovered from a negative position to a favourable number now indicating waning impact of GST as well. Experts and economists predicted a rise in inflation from the August figures though it was widely projected to remain under 4 per cent. Food price inflation also dipped from 1.52 per cent to 1.25 per cent. CPI dropped 15 basis points or 0.15 per cent month-on-month and food prices dipped 1.36 per cent in September. The drop in CPI comes after a five-month period of hikes.

Ola Raises $1.1 Billion Funding: India’s largest cab-hailing service Ola said it has raised $1.1 billion in funding led by Tencent Holdings and existing investor SoftBank, and is in “advanced talks” to close an additional $1 billion to conclude a total mop-up of over $2 billion. The funding will help Ola bolster its position against the US-based rival Uber. ANI Technologies, which operates Ola, counts among its investor names like SoftBank Group, Tiger Global, Sequoia India and Accel Partners US. “Tencent Holdings Limited, a leading Internet company in China, will bring significant expertise to Ola as it furthers its leadership position across the mobility market in India,” the firm added. Ola said it will make strategic investments in supply, technology and innovations “to build for the country’s unique transportation needs”. It has operations across 110 Indian cities.

Kerala Planning To Raise Rs 10,000 Crore From NRKs To Fund Two Highways: Kerala is tapping the cash-rich expats from the state to mop up Rs 10,000 crore to finance major infrastructure projects by launching an non-resident Keralites (NRK) bond called ‘Pravasi Chitti’ (chits for the expats). The chits will be launched by the Kerala State Financial Services Enterprises (KSFE), a wholly-owned non-banking company of the government and interested NRKs spread across the globe can invest in it, which will have a government guarantee. The government targets to get the chits subscribed by at least one lakh NRKs in the first year who can join the chit by giving a monthly remittance. Chief Minister Pinarayi Vijayan will formally launch the chit by the end of the month. “The main target is to fund two highways – the 1,267 km-long hill highway and the 630-km-long coastal highway. We are planning to raise Rs 10,000 crore through the NRK chits,” Vijayan said.

Hamas And Fatah Mend Fences, Sign Reconciliation Deal: A reconciliation deal has been signed by rival Palestinian factions Hamas and Fatah on Thursday after Hamas agreed to hand over administrative control of Gaza, including the key Rafah border crossing, a decade after seizing the enclave in a civil war. The deal brokered by Egypt bridges a bitter gulf between the Western-backed mainstream Fatah party of Palestinian President Mahmoud Abbas and Hamas, an Islamist movement designated as a terrorist group by Western countries and Israel. Palestinian unity could also bolster Abbas’s hand in any revival of talks on a Palestinian state in Israeli-occupied territory. Internal Palestinian strife has been a major obstacle to peacemaking, with Hamas having fought three wars with Israel since 2008 and continuing to call for its destruction.

India’s GDP: Deflating The Right Way: The manufacturing sector h as a share of 30 per cent and shows a growth rate of 3.18 per cent through the double deflation method, in contrast to 9.29 per cent issued by CSO. There is a need to stick to one deflation method for all sectors to arrive at reliable data needed for sound public policy.

GST Job Credits: A Fiscal Measure To Incentivise Job Creation: Fiscal relaxation can be done in two ways: the government can either spend more than it earns, or can forgo revenue and hope that consumption increases. Attempts to correct the economic situation in the next few months only by spending more may end up creating an inflationary situation.

Let’s Make Rural India Smart, One App At A Time: BHIM, the financial service app, has been adopted extensively across India because it is a well-developed app that serves its purpose well. Here are a few other apps that it can develop to bring in accountability, transparency and efficiency.

CEOs Must View Cybersecurity Holistically: The recent cyberattack on HBO which involved the theft of information including an unreleased episode of Game of Thrones shows the vulnerability of the media and the entertainment industry to hacking. With the growing sophistication of the cyberworld and the rapid pace of cyberattacks, cybersecurity is more than a technology risk.

Rent Seekers Of Rail Bhavan: If Modi Wants To Transform Railways, He Must Tame Its Bureaucracy First: To set things in order in the Indian Railways, it is imperative to tame the rail bhavan culture. Shutting down departments and slashing more than 50 per cent of bureaucracy will ensure productivity, improve transparency and cut down costs.