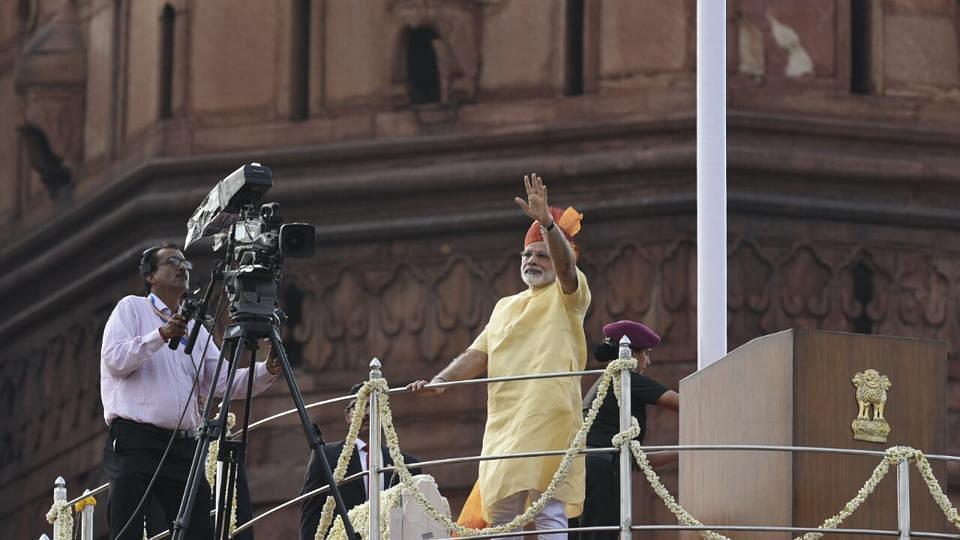 Modi Government’s Vision 2022 Backed: The Confederation of Indian Industry (CII) welcomed Narendra Modi government’s vision for a secure, prosperous and capable nation by 2022 which focuses on a fight against corruption and black money, strengthening policy reforms, creating jobs and empowering women. CII president Shobana Kamineni said, “The development task to 2022 is challenging and will require strong policy action across multiple economic and social sectors. The government has made a significant beginning, and all of us will need to put our hands together to move the needle of development”. Hailing the new government move, Federation of Indian Chambers of Commerce and Industry said the Prime Minister has clearly articulated a new narrative for India, where people have economic opportunities, where there is no room for corruption or nepotism.

Go-Ahead For Plan To Bolster Coast Guard: A Rs 31,748 crore "definitive five-year action programme" for the Coast Guard was given the green signal by the Union government. According to sources the action plan to bolster the force-levels of Coast Guard in terms of offshore patrol vessels, boats, helicopters, aircraft and critical operational infrastructure was cleared at a meeting chaired by defence secretary Sanjay Mitra earlier this month. The aim is to make the Coast Guard a 175-ship and 110-aircraft force by 2022 to plug operational gaps and strengthen its capabilities to safeguard coastal security, island territories, offshore assets and marine environment as well as undertake anti-piracy, anti-smuggling, oil-spill and pollution-control operations.

Incursion Attempts By Chinese Forces Foiled: Indian troops on Tuesday foiled two incursion attempts by the Chinese forces in Jammu and Kashmir’s Ladakh region. The clash near the Pangong Lake comes at a time when the two neighbours are in a standoff, thousands of miles away in the disputed Doklam plateau close to Sikkim on India’s northeastern border. “Indian and Chinese troops came face to face at two places in Finger Four and Finger Five areas near Pangong Lake in Ladakh region,” a government source said. When Indian troops told the Chinese to retreat, words were exchanged and then a scuffle broke out. “Stones were thrown at each other, resulting in injuries to troops from both sides after which finally the Chinese forces retreated,” the source said.

Air India To Offer Priority Boarding To Soldiers: State-owned Air India has ushered in a new era for military fliers. Members of India’s armed forces will now get to board flights of Air India ahead of other passengers. Air India chairman Ashwani Lohani said announcements will be made at boarding gates, inviting security forces personnel to board the aircraft first. "They will be requested to board before first and business class passengers," Lohani said. Air India executive director Sarabjot Singh Uberoi said the order has to be implemented from this Independence Day onwards on all Air India flights. “Serving soldiers will be invited to board all Air India flights even before first class and business class travellers. The country is grateful to them for their services and this is our way of honouring the soldiers for their contribution,” Uberoi said.

Blue Whale Challenge Banned: The Union government has directed internet majors – Google, Facebook, WhatsApp, Instagram, Microsoft and Yahoo – to immediately remove the links of dangerous online game Blue Whale Challenge, which has reportedly led to deaths of children in India and other countries. The Blue Whale challenge is reportedly a suicide game in which the player is given certain tasks to complete for a period of 50 days and the final task leads to suicide. The player is also asked to share photos after finishing the challenge. Kerala, Maharashtra and West Bengal have reported deaths linked to the game. The directives were issued following instructions from Union Law and IT Minister Ravi Shankar Prasad, official sources said.

Religious Smart City Plan Blocked: The Uttar Pradesh government’s proposal to develop India’s first “religious hi-tech smart city” in Garh Mukteshwar was rejected by an Environment Ministry panel, which said the project would “kill the cleanest part” of the Ganga and further endanger the dolphins inhabiting the national river. A Malaysian company was planning to invest $30 million in the project. But the standing committee of the national board for wildlife, which reviews projects coming up in and around national parks and sanctuaries, rejected the proposal after a team led by the ministry’s inspector general of forests inspected the site. It found that the project had the potential to change “morphology and hydrodynamics” of the Ganga and will kill approximately 7km of the river in the state.

Maharashtra’s New War On Potholes: The Maharashtra government has unveiled a new plan to fix the persistent problem of potholes across state roads, moving away from the reactive system of pothole repairs to improve road surfaces permanently. “This is a complete shift from the sporadic repair contracts that were being awarded previously. It will enhance accountability and ensure road quality throughout the year,” Public Works Department Principal Secretary Ashish Kumar Singh said. He added that his department had already floated tenders to award the maintenance contracts. Each such contract would involve a road length of 10 kilometres and would be valid for a two-year period. The government expects the contracts would cost Rs 1,300 crore.

Jadhav Case: Pakistan Plans To Nominate ICJ Panel Judge: The Pakistan government has begun discussions on naming an ad-hoc judge to the panel of the International Court of Justice (ICJ) hearing the Kulbhushan Jadhav case, said a report in the Express Tribune. Pakistan is considering the appointment of an ad hoc judge because an Indian judge is part of the 12-member tribunal hearing Jadhav’s case. Dalveer Bhandari, a former Supreme Court judge, is part of the panel that directed Pakistan in May to stay the execution of Jadhav, a 46-year-old former Indian Navy officer sentenced to death by a military court for alleged involvement in espionage and terrorism. The ICJ has ordered Pakistan not to execute Jadhav till it gives a final decision on India’s petition to annul his death sentence.

The NPA Problem: Lessons From South Korea: The RBI’s Financial Stability Report warned that the banking sector’s gross NPA ratio could rise to as high as 10.2 per cent of the total loan book by March 2018, from 9.6 per cent in March 2017. A national asset management agency of the kind South Korea and Malaysia have deployed in the past would be a pragmatic way of dealing with NPAs.

The Impact Of Caste On Economic Mobility In India: Caste networks play an unusually important role in shaping economic mobility in the Indian economy. The caste networks will disappear when the market economy starts to function efficiently.

Keeping Pace With Change: Indian Army Through 70 Years: How the nature of military threats, and warfare, India faces from its neighbours has changed over the last 70 years, and how the Indian Army has responded to them.