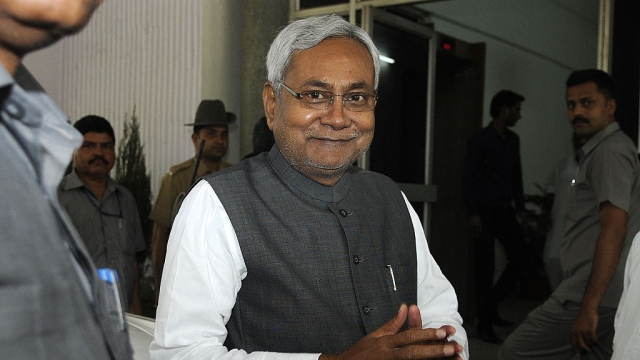 Nitish Kumar Back As Bihar CM: Janata Dal (United) chief Nitish Kumar will be sworn in as the next Chief Minister of Bihar at 10am today (Thursday) to head a government that would include Bharatiya Janata Party (BJP) and its allies, said reports. This follows high political drama when Kumar resigned as the chief Minister earlier on Wednesday, breaking the grand alliance in Bihar, citing corruption cases against Rashtriya Janata Dal (RJD) leaders including Deputy Chief Minister Tejashwi Yadav. It was reported that senior BJP leaders Nityanand Rai and Sushil Kumar Modi have handed over to Bihar Governor Keshri Nath Tripathi the letter extending support to Kumar for forming the next government. Meanwhile, RJD appeared in no mood to give up without a fight, with Tejashwi Yadav saying he would stake claim to form the next government.

Cabinet Clears New Wage Code Bill: Giving a much-needed push to long-pending labour reforms, Prime Minister Narendra Modi-led Union Cabinet cleared the new wage code bill on Wednesday. More than 4 crore employees across the country are expected to benefit from this proposed legislation. The bill, which ensures a minimum wage across all sectors, will consolidate four labour laws. The Labour Code on Wages Bill will consolidate the Minimum Wages Act, 1948; the Payment of Wages Act, 1936; the Payment of Bonus Act, 1965; and the Equal Remuneration Act, 1976, sources said. The bill is likely to be introduced in Parliament during the ongoing monsoon session which will conclude on 11 August.

Privacy A Fundamental Right, But Conditional: Centre to SC: The central government said in the Supreme Court on Wednesday that privacy is a fundamental right but it is conditional, retreating from its previous position that the privilege isn’t guaranteed by the Constitution. Attorney General K K Venugopal stated the government’s revised stand before a nine-judge bench led by Chief justice J S Khehar that will decide if the Constitution guarantees privacy to citizens. "I will argue that the right to privacy is not a fundamental right in the Aadhaar case," Venugopal said. He argued that India’s “constitution-makers deliberately omitted privacy as a fundamental right”, but it is similar to the right to liberty that Article 21 of the statute guarantees. Therefore, every aspect of it cannot be elevated as a fundamental right.

Gold Bond Investment Limit Raised: The Union government has approved raising the sovereign gold bonds (SGBs) limit to 4 kilograms a year to encourage Indian families to put tonnes of the precious metal stashed at homes into the financial system. The earlier limit for individuals and undivided Hindu families was 500 grams. For trusts and similar entities, the investment limit is 20kg. The ceiling will be counted on financial year basis and will include the SGBs purchased during trading in the secondary market, an official statement said after the Cabinet meeting. The government’s gold monetisation scheme allows people and organisations to deposit gold with banks in return for interest payments. It is aimed at mobilising unproductive gold owned by Indian households, temples and trusts into cash.

Government Needs To Exit Infrastructure Projects: Amitabh Kant: NITI Aayog chief executive officer (CEO) Amitabh Kant said on Wednesday that the central government needs to exit infrastructure projects and even look at handing over jails, schools and colleges to the private sector. Speaking at the PPP Summit organised by industry body Federation of Indian Chambers of Commerce and Industry, Kant said, "The government has done a lot of big projects but it is not good at operation and maintenance. Therefore, the government must start the process of reverse BOT (build, operate and transfer), must sell out projects and let the private sector handle it." Kant said national highways and dedicated freight corridors should be the first one to take up this challenge. He said even the freight corridors being built should be given to private players to operate.

IRCTC To Handle Catering Services In All Trains By Year-End: The Indian Railways will hand over catering services in all trains with pantry cars to its subsidiary Indian Railway Catering and Tourism Corporation (IRCTC) by the end of this year in order to improve onboard food quality. Passengers in seven Rajdhani and six Shatabdi trains will have an option for e-catering facility. “IRCTC will be given responsibility of managing catering services in all trains with pantry cars by December-end,” railway board member (traffic) Mohammed Jamshed said on Wednesday. Until now, the zonal railways were managing catering services in majority trains as per the catering policy 2010. Jamshed also said that passengers in a few Shatabdi, Rajdhani and Duronto trains can opt out of the catering services while booking tickets.

Amit Shah-Smriti Irani To Contest Rajya Sabha Polls From Gujarat: The Bharatiya Janata Party (BJP) fielded on Wednesday its president Amit Shah for the 8 August Rajya Sabha election in Gujarat. Shah is currently a member of the Gujarat legislative assembly and this is for the first time that he will become a member of Parliament. Union Minister Smriti Irani, too, has got a BJP ticket to contest the poll for membership of the upper house. The BJP has also fielded a tribal leader from Madhya Pradesh Sampatia Uike for the lone Rajya Sabha seat falling vacant following the death of then environment minister Anil Madhav Dave. The BJP’s election committee cleared these names at a meeting at the party headquarters.

Railways To Develop 24 Stations To Boost Tourism: Twenty-four railway stations including Varanasi, Amritsar and Raebareli will be given a facelift to boost tourism, the Lok Sabha was informed on Wednesday. Minister of State for Railways Rajen Gohain said the railways will undertake works to develop these stations in collaboration with the Tourism Ministry at a cost of Rs 240 crore. “Twenty-four railway stations of tourist importance have been identified for upgradation of passenger amenities in association with the Ministry of Tourism on a cost sharing basis in the ratio of 50:50 subject to a ceiling of Rs 240 crore from the Ministry of Tourism and Ministry of Railways together,” he said.

How Can SEBI Moderate India’s Derivatives Cholesterol? Not only do Indian retail investors have a puzzling fascination for high-risk derivative products, they seem addicted to the riskiest category among them. Derivatives are like cholesterol in the human body – useful in moderate amounts, dangerous in excess.

Why India Needs To Be A Data Democracy: India has a set of APIs developed as public goods and a robust authentication infrastructure. To avoid data colonisation and allow for genuine empowerment, people must control the data they generate.

Guardians Of Our Forests: Our forests and wildlife are only as secure as the administration that protects it. To save wildlife, partnership and collaboration among all stakeholders is needed.

Time Running Out For RBI Rate Cuts: RBI’s monetary policy committee is expected to cut policy rates by a quarter of a percentage point on 2 August. An RBI rate cut now signal a lending rate cut to banks before the start of ‘busy’ industrial season in October. A delay would push that move to the ‘slack’ season beginning April.

Time To Wake India Up: The Probability Of War With China Is Now Close To The 50 Per Cent Mark: The chances of war are now inching towards the 50 per cent mark from where it will become inevitable. India has to accelerate its preparation for war, and also prepare the people for it.