Time To Wake India Up: The Probability Of War With China Is Now Close To The 50 Per Cent Mark 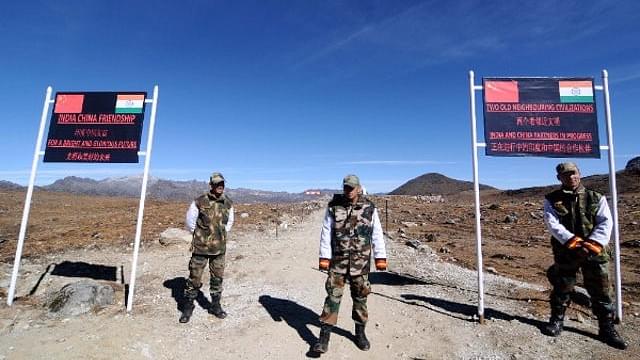 Barring a few isolated voices of caution, there seems to a benign assumption in the commentariat and the Indian media that China will not risk a war over the Dokhlam standoff, where the Dragon was surprised by India’s unexpected decision to stare it down. Let’s not forget that the Dragon is breathing fire repeatedly, and at some point it may be forced by its own rhetoric to make good on its threats.

Even though the Indian Army is digging in for a long eyeball-to-eyeball situation and even a short war, the rest of India continues to live in la-la land, with the stock exchanges hitting new peaks. The Nation Stock Exchange’s Nifty crossed the 10,000-mark for the first time yesterday (25 July), when it should actually be pencilling in a war threat to the economy in the short- to medium-term. It should hold its exuberance for some time later this year.

Hope is now building around the visit of National Security Adviser (NSA) Ajit Doval’s visit to Beijing for attending a BRICS summit of NSAs, but this is unlikely to result in any immediate cooling of tensions.

The reality is that neither India nor China can afford to back down. That means war remains a strong possibility.

What can Doval offer China that will force the Dragon to pull back from the brink of war and war rhetoric? At best he can offer face-savers to allow China to get out of the corner it has painted itself into. The question is whether China will accept these face-savers.

And what could these face-savers be? They could include a new tripartite panel to deal with Bhutan-Sikkim-Tibet tri-junction demarcation, the promise of more business for Chinese infrastructure companies using the huge trade surpluses that China currently generates, a lowering of India’s opposition to China’s Belt and Road Initiative (BRI) as long as this does not include the China-Pakistan Economic Corridor which transgresses into the parts of Kashmir now in Pakistani control, etc.

India cannot offer more, for once it does that, it would mean acquiescing in Chinese attempts to nibble away territories without any war. Its strategy of intimidation and war rhetoric would have won, sending a chilling message of Indian pusillanimity when it comes to dealing with that bully.

The face-savers we can conceivably offer will simply not be enough, for China could possibly have got these concessions even without raising temperatures over the Dokhlam Plateau.

The possibility of war thus needs to be analysed from the Chinese side. Having upped the ante, it is more than likely that China cannot back down from its position on Dokhlam without emboldening all the other countries that it has border problems with.

The presumption on the Indian side is that any war, whether lasting two weeks or even a month, will do China’s international position more damage and hence it will not push us too far. But this is not how the Chinese behave. Unlike democracies, which worry about economic losses in the pursuit of geopolitical and military power, China always seems willing to endanger short-term economic gains in the pursuit of long-term military supremacy.

In fact, in the current Dokhlam standoff, not going to war may seem like a loss to the generals and Xi Jinping backers, since it will damage China’s credibility as a country that backs intimidation with real military might, with a willingness to use it. Threats and intimidation are of no use if they are not actually made good on once in a while.

The argument inside China may thus be tilting towards the inevitability of a short war, even if it is not going to result in any major gains on the ground. A war validates its war rhetoric of the last month. A China that will go to war sends its own message to smaller nations, and that message may be more important than the damage it could cause to existing relationships in Asia.

If I were a betting man, I would not bet on Doval coming back with a “peace in our time” smile. The chances of war are now inching towards the 50 per cent mark from where it will become inevitable.

India has to accelerate its preparation for war, and also prepare the people for it. The Nifty should wait for clearer signals that war is off the table before heading for the 10,000-mark and higher peaks.