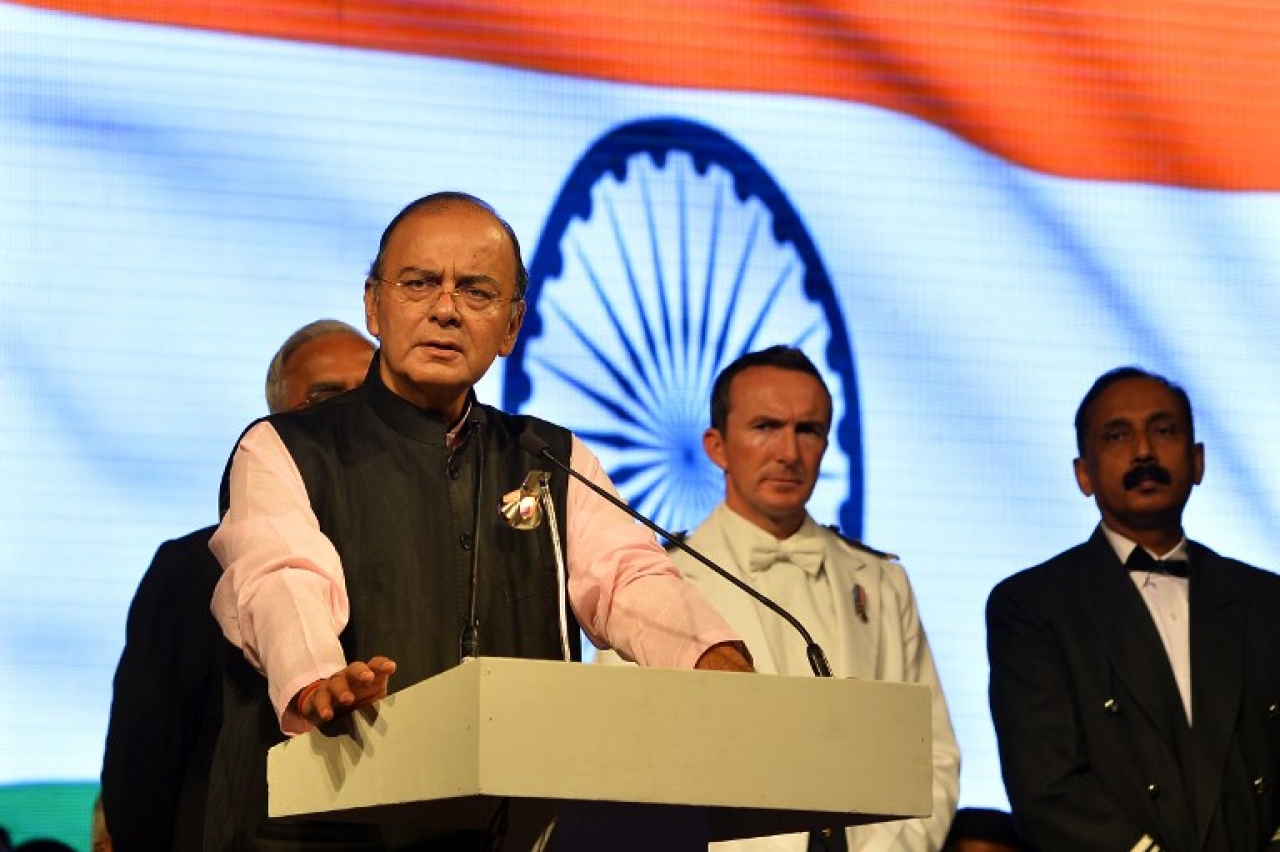 New Push To Speed Up Strategic Disinvestments: To step up strategic disinvestments in central public sector enterprises (CPSEs), the cabinet committee on economic affairs (CCEA) mandated a committee led by Finance Minister Arun Jaitley to oversee the asset sale process. The CCEA also gave its nod to empower the core group of secretaries to take policy decisions on procedural matters and also consider deviations as necessary for effective implementation of its decisions. The ministerial panel will also have Road Transport Minister Nitin Gadkari and the minister of the administrative department of the concerned CPSE as members. The government has budgeted to raise Rs 72,500 crore through stake sale in public sector undertakings (PSUs). This includes Rs 46,500 crore from minority stake sale, Rs 15,000 crore from strategic disinvestment and Rs 11,000 crore from listing of PSU insurance companies.

Green Signal For Metro Rail Policy: The Union Cabinet on Wednesday gave its green signal for a new metro rail policy. Drawn up by the Urban Development Ministry, it is expected to promote ‘Make in India’ initiative in metro rail projects, said Finance Minister Arun Jaitley. The policy will help meet the metro rail aspirations of various cities. Apart from financial returns, the policy lays emphasis on intangible benefits on the environment and safety fronts. For approving the projects, the Centre will take into account an economic rate of return of 14 per cent instead of financial rate of return of 8 per cent. At present, metro projects with a total length of more than 350 km are operational in eight cities – Delhi, Bengaluru, Kolkata, Chennai, Kochi, Mumbai, Jaipur and Gurugram.

Cabinet Nod For Long-Pending Bihar Irrigation Project: Within weeks of Bihar Chief Minister Nitish Kumar joining National Democratic Alliance ranks, the Centre on Wednesday gave its approval for the completion of the long-pending North Koel Reservoir Project to irrigate farms across four districts in Bihar and Jharkhand at an estimated investment of Rs 1,622 crore. Completion of the project will create annual irrigation potential for 111,521 hectares of agricultural land (91,917 hectares in Bihar and 19,604 hectares in Jharkhand). It will take care of the irrigation needs of farmers in the most backward and drought-prone areas of Palamu and Garhwa districts in Jharkhand and Aurangabad and Gaya districts in Bihar. "This project will help end disparity in these Maoist-affected districts and will act as a weapon in fighting naxalism in these areas," said Water Resources Minister Uma Bharti.

Single Corpus Fund For Secondary And Higher Education Approved: The Union government has given the go-ahead for creation of a single corpus fund in which all proceeds of secondary and higher education cess will be credited and utilised for the Centre’s schemes in the education sector. The Human Resource Development (HRD) Ministry will administer and maintain this non-lapsable pool of fund in the public account which will be known as the "Madhyamik and Uchchtar Shiksha Kosh" (MUSK). The long-pending proposal of the ministry for the creation of such a corpus fund got the approval of the Union Cabinet on Wednesday. “The funds arising from the MUSK would be utilised for schemes in the education sector which would be available for the benefit of students of secondary and higher education, all over the country,” the government said.

NIA Told To Probe Kerala's Love Jihad Case: The Supreme Court (SC) on Wednesday ordered a probe into an alleged instance of ‘love jihad’ after being informed by the National Investigation Agency (NIA) that the case under scrutiny did not appear to be an isolated one and was similar to two other cases reported in Kerala. The court asked the NIA to probe the marriage of Shafin Jahan and Akhila Asokan under the supervision of retired SC judge Justice R V Raveendran to examine the alleged indoctrination and conversion to Islam of the girl and if this was part of an organised "love jihad". The NIA has been allowed by judges to explore whether groups including the banned Students Islamist Movement of India are preying on vulnerable Hindu women to recruit them as terrorists.

Maharashtra Bullock Cart Races Banned: In a major setback to the Maharashtra government, the Bombay High Court on Wednesday prohibited bullock cart races till rules are framed to govern the competition. A division bench, comprising Chief Justice Manjula Chellur and Justice N M Jamdar, while hearing a Public Interest Litigation filed by Pune resident Ajay Marathe, said that since the state government had not framed rules to govern the races in line with the amendment to the Prevention of Cruelty to Animals Act, 1960, it could not grant permission for such races. Marathe had claimed that using bullocks for races meant inflicting punishment on them. However, government pleader Abhinandan Vagyani informed the court that the draft rules were ready, and have been uploaded on the government’s website for inviting suggestions.

J&K Government Building 100 Bunkers Along The LoC: The Jammu and Kashmir government has started building 100 bunkers in border villages along the Line of Control (LoC) in Rajouri district where there have been repeated ceasefire violations by Pakistan forces. These bunkers will accommodate around 1200-1500 people in case of ceasefire violations, especially shelling from across the border, Rajouri Deputy Commissioner Dr Shahid Iqbal Choudhary said on Wednesday. The villagers were informed that apart from 100 bunkers started by the district administration as a pilot project,t a requirement of 6,121 individual bunkers has also been projected to the state government. A similar exercise is also being carried out for the vulnerable areas of Manjakote, Choudhary said.

After Cardiac Stents, Centre Now Cuts Knee Implant Prices: A day after Prime Minister Narendra Modi said the government was working to bring down the cost of knee surgeries, India's top pharmaceutical regulatory body, on Wednesday, reduced the prices of orthopaedic knee implants by 59 to 69 per cent. These became the second medical device brought under price control after cardiac stent prices were cut by 85 per cent, in February this year. The National Pharmaceutical Pricing Authority (NPPA) announced the reduction of four categories of implants – the commonly used cobalt chromium was brought down 65 per cent; the special metal implants such as titanium and oxidised zirconium came down 69 per cent; the high flexibility implant came down 69 per cent; revision implants came down 59 per cent. The NPPA fixed the price for specialised implants for tumours and cancer at Rs 113,950.

US Brands Hizbul Mujahideen As Terror Outfit: Twenty-four hours after President Donald Trump called Prime Minister Narendra Modi to greet him on India's Independence Day, the United States on Wednesday named Pakistan-based Hizbul Mujahideen (HM) as a foreign terrorist organisation and a specially designated global terrorist group, a little less than two months after adding its chief Syed Salahuddin to its list of designated global terrorists. “Today’s action notifies the US public and the international community that HM is a terrorist organisation,” the US state department, adding such designations expose and isolate terrorist groups and individuals, and “assist the law enforcement activities of US agencies and other governments”.

Glib Justification And The Narmada Project: Transparency has remained at a premium with the Narmada project. The project serves little purpose beyond glib justification, which has usually been enough at the altar of greater good.

At last, India Gets Genuinely Serious About Companies Flouting Mining And Environment Laws: Legitimate concerns must be addressed. But for the crooks who ravage the environment, the message from the Supreme Court and the government is clear: if abiding by the law means shutting down your business, so be it.

Limitations Of Standardised Tests: It is quite remarkable that we are willing to return to testing and labelling our children, the limitations and perversity of which we are all aware of. Very little of the testing in our education system serves the student or her learnings.

It’s A Crying Shame That ‘The Butcher Of Bengal’ Has A Road Named After Him In Kolkata: Huseyn Shaheed Suhrawardy engineered atrocities on tens of thousands of Hindus in Calcutta (Kolkata) back in 1946. It is a shame, therefore, that a major thoroughfare in the city is named after a criminal who was involved in such heinous crimes against humanity.