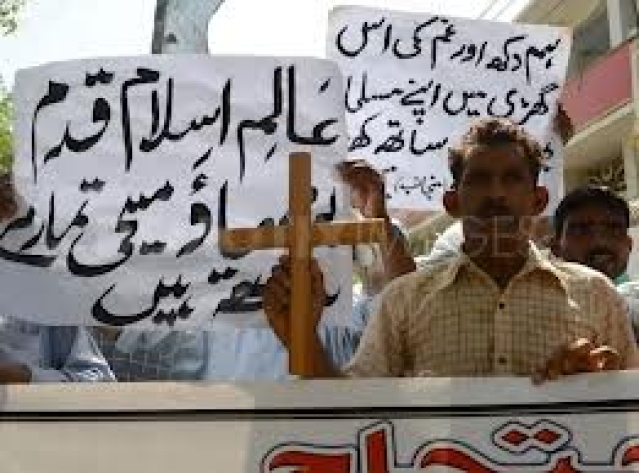 (Published as part of CRI’s continued committment to Free Speech Absolutism. While views expressed in the piece are that of the author, CRI is  in agreement with the author’s larger case for free speech )

The recently released Kamal Hassan movie Vishwaroopam apparently portrays Afghan jihadis as offering quranic prayers to Allah before waging jihad. Indian Muslims did not find this portrayal flattering and Muslim groups protested against the movie. The government and the court banned the movie and strangely instructed Kamal Hassan to negotiate with the protesting Muslim groups to reach a settlement. Kamal Hassan was forced to pathetically grovel at the feet of Muslim fanatics, who added insult to injury by putting up a belligerent display of Islamic prayers in his office. It should have been quite a humbling experience for the Brahmin-born, self-proclaimed atheist.

Kamal Hassan usually portrays Hinduism negatively in his movies. In one of his movies, Anbe Sivam, he portrayed the villain as a Śiva bhakta who utters the verse “tennāṭuṭaiya Śivanē pöṛṛi” (தென்னாடுடைய சிவனே போற்றி) before he murders or assaults someone. The great seventh century Śaiva sage Māṇickavāsakar composed this verse in the Tamiḷ classic Tiruvāsakam 4:164-165. It means, “Praise Śiva who resides in the ancient land and who belongs to all of humanity.” Kamal Hassan inappropriately used this harmonious sacred chant to demonize Hinduism. In another movie, Dasavataram, Kamal Hassan portrays the Śaivas and the Śaiva king Kulöttuṅga Chöḷa as religious fanatics who persecuted the Vaiṣṇavas. Kulöttuṅga is also portrayed as a selective iconoclast who casts away the mūrti of Śri Gövindarāja from the Chidambaram Temple into the sea, an anachronistic claim first made in a late medieval work by the Śaiva partisan Oṭṭakkūttar. Epigraphic evidence confirms that Kulöttuṅga patronized numerous Vaiṣṇava temples making it unlikely that he could have been intolerant towards Vaiṣṇavism. In all likelihood, this claim was no more than a literary fiction by the partisan Oṭṭakkūttar amplified by later Vaiṣṇava hagiographers in the milieu of the non-violent Śaiva-Vaiṣṇava rivalry. Kamal Hassan unscrupulously portrayed this as a commonplace historical persecution to vilify Hinduism.

No doubt some Hindus were hurt by such false portrayals but their protests were peaceful and usually limited to writing letters to the editors of newspapers. Many enlightened Vaiṣṇava āchāryas and scholars condemned Kamal Hassan’s divisive agenda and proclaimed that both Vaiṣṇavas and Śaivas are harmoniously united as Hindus. The movies were screened without any trouble. However, things turned out to be different for Kamal Hassan when he truthfully portrayed Islamic jihad. Muslims, unlike the Hindus, had no regard for his freedom of expression and flexed muscles. This does not however mean that Hindus should either rejoice at the plight of Kamal Hassan or extend their support to him. Instead, they should focus on the bigger picture starting with the realization that the banning of Vishwaroopam is not an isolated incident but merely an example of the oft-repeated Christian and Muslim behavior.

Salman Rushdie’s novel, The Satanic Verses, was banned and Rushdie was issued a death threat. A few years ago, in the infamous Shah Bano case, the government yielded to Muslim protests and overruled a Supreme Court judgment that had granted alimony to a divorced Muslim woman. Recently, Indian Muslims rioted against the movie Innocence of Muslims and violently disrupted civic life. The movie and the novel Da Vinci Code were banned as a result of Christian protests. The documentary, The Lost Tomb of Jesus, which challenged the foundational Christian belief in the resurrection, was suppressed. Recently, India’s Catholic Church organized a systematic campaign to hoodwink the gullible by claiming that a statue of Jesus in Mumbai was shedding holy tears. They collected and distributed holy tears of this crybaby Jesus to the unsuspecting masses. Sanal Edamaruku, the well-known Indian rationalist, exposed the fraud by demonstrating that sewage water from the nearby sewer had risen by capillary force and was dripping out of a hole in the eye of the statue. The Catholic Church was not pleased with this exposé and leveraged its clout with the ruling UPA government to issue a warrant for the arrest of Edamaruku, who fled India to avoid the arrest.

Christians and Muslims unfailingly suppress free speech whenever it exposes the hollowness of their religious beliefs or truthfully portrays their violent behavior. One hardly hears counter-balancing voices of sanity from within those communities. The ban on Vishwaroopam is merely an instance of this prevalent tendency. Christians and Muslims vote as blocks following the diktats of their respective clergy and as a result politicians eagerly appease them.

In contrast, the Hindu conduct, when faced with an abuse of Hinduism, is characterized by tolerance and laissez-faire. Even though numerous books and movies have denigrated Hinduism, Hindus have rarely protested disruptively or sought a ban of the offending book or movie. It is only in rare cases such as the legal complaint lodged against M F Hussain for painting Hindu Goddesses obscenely that the Hindus have departed from their normal behavior. However, such departures are accompanied by numerous counter-balancing voices emanating from within the Hindu community. Many Hindus defended Hussain’s freedom of expression even though Hussain is, in the words of Koenraad Elst, “a Muslim fanatic who gives a new expression to the old Islamic contempt for Hinduism. Muslim rulers in the past expressed their contempt by placing Hindu deity sculptures in roads for treading them underfoot, or in lavatories. Husain seeks the same effect by depicting the deities in poses that he and many onlookers find contemptible.”

I am afraid that most Hindus do not understand the threat of Christianity and Islam to free-speech or how to deal with such threats. Let us take the example of Hussain’s obscene depiction of the Hindu Goddesses. Hindus could have responded by:

The philosopher Hannah Arendt, in The Origins of Totalitarianism, shows that totalitarian ideologies effectively survive because they are organized, possess a dedicated set of enforcers, and possess large herds of followers who silently obey diktats. Christianity and Islam possess all of these traits. This is what makes them highly effective. Besides, as memetic viruses, they penetrate the host, mutate, and eventually destroy it. Their virulence directly correlates with the extent of funding they receive from foreign powers. Every time Christians and Muslims successfully stifle free-speech they are further emboldened to repeat their behavior.

It is a serious threat that the Hindus must confront. It won’t be an easy confrontation because Christians and Muslims would retaliate violently in addition to putting their monetary clout and muscle power to effective use. However, it is certainly doable. One could invoke the biological analogy of how body’s defense mechanism fights invasive germs. Various bodily complexes form symbiotic alliances, sometimes with the help of antibiotics or antiviral drugs, to fight the germs. This can only be done when Hindus constitute a political power as without it they would merely remain as dhimmis under the minority Christians and Muslims. This is precisely why the visionary thinker B. R. Ambedkar not only rejected Christianity and Islam as evil but also urged the Hindus to come together to constitute a political force.

Hindus formed one such alliance, albeit temporarily and inadvertently, during the Ram Janma Bhumi movement where multiple caste groups formed a coalition. As the Hindutva movement gained strength, political opportunists quickly aligned themselves with the movement. The example of the virulent Hindu-hater and Muslim-appeaser Karunanidhi of the DMK who silently abandoned his anti-Hindu posturing not only to align himself with the BJP but also to launch the election campaign from the VHP platform illustrates this point. A Hindu advocating such future coalitions is not chasing the chimera. The analysis of the former CEC N. Gopalaswami points out that a mere three percent of votes stand between a landslide victory and a crushing electoral defeat. This is often less than 5,000 electoral votes per assembly constituency and with some prudent planning this critical mass can be built to facilitate the coming to power of Hindu parties.

If Hindus could form a political force, Christians and Muslims would be discouraged from resorting to violence or making unreasonable demands to curtail free-speech. The caveat of retaliation deters violence. Sri Aurobindo knew this in 1923 when he sagely remarked, “Allow the Hindus to organize themselves and the Hindu-Muslim unity would take care of itself…Otherwise we are lulled into a false sense of satisfaction that we have solved a difficult problem, when in fact we have only shelved it.” The naked belligerence of Christians and Muslims, no doubt in part the result of appeasement, has proven Sri Aurobindo right.

Free-speech should be only curtailed when it would result in the loss of freedom of another person. Indoctrinating a child in Christian or Islamic beliefs is child abuse because it allows the parent or clergy to infect the mind of the unsuspecting child with the Christian or Islamic memetic virus. It is only in such rare cases free-speech should be curtailed in the best interests of the child. However, such measures are only possible when Hindus constitute a political power. When it happens, churches and mosques can be nationalized so that anyone, including non-believers, can become clergy and teach Christianity or Islam using reason and to eventually wean the coming generations from these memetic viruses.

Strangely, parents or clergy are freely allowed to abuse their unsuspecting children by infecting their minds with the Christian or Islamic memetic virus whereas one is not allowed to exercise free speech to criticize these religious memes. If we do not recognize this scenario as a threat to freedom and act against it, very soon this problem would take viśvarūpa when Christianity and Islam attain increased social dominance thorough well-funded proselytizing and demographic surge.

Kalavai Venkat is a Silicon Valley-based writer, an atheist, and a practicing orthodox Hindu.