PLA In The Last 50 Years: Just How Strong Is The Dragon? 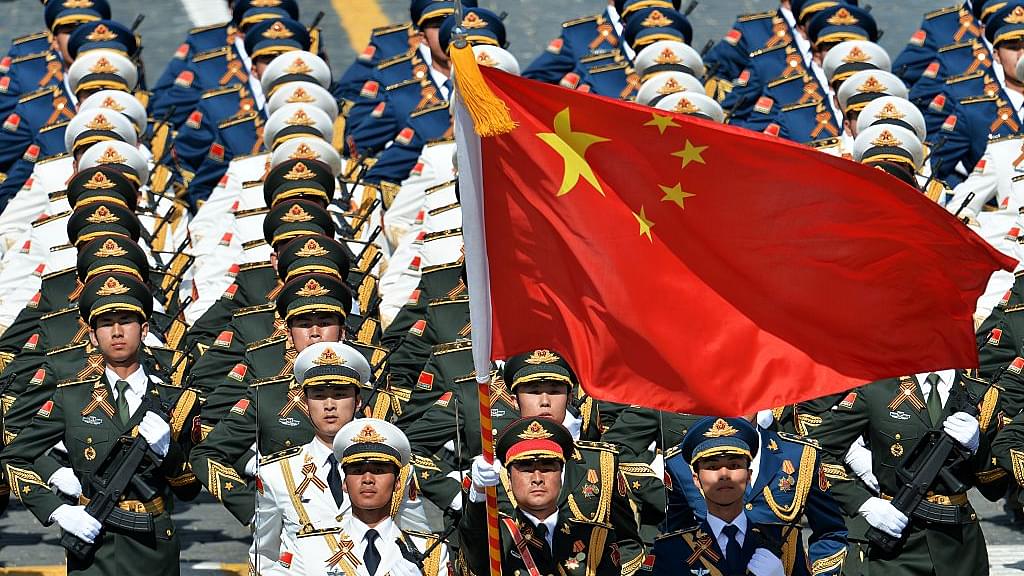 China’s threat that India would suffer a fate worse than the defeat of 1962 is laughable. For the Chinese have conveniently forgotten that since that conflict nearly 50 years ago, it is Beijing that has suffered defeats – at the hands of India, Russia and Vietnam in that order. In fact, the last time the People’s Liberation Army (PLA) faced off against the Indian Army, it had to endure the ignominy of a humiliating climb down.

But first, a reality check. The 1962 defeat happened because of two reasons. One, the Indian Army wasn’t given the weapons and divisions it had been wanting since the mid-1950s for the defence of the Himalayas. When the Chinese invaded, an entire Indian brigade (of at least 2,000 troops) was equipped with just 100 rounds of ammunition and no grenades. Prime minister Jawaharlal Nehru and his arrogant protégé, defence minister V K Krishna Menon, kept up the pretence that China would not attack.

Second, India’s armed forces were not allowed to fight to their full potential. Ignoring India’s commanders, Nehru conferred with American ambassador John Kenneth Galbraith, who advised the prime minister not to use the Indian Air Force against the Chinese intruders. Before the war, the Nehru-Menon duopoly had ended the career of Korean War hero General Thimayya – who saw the Chinese as a threat to India early. They later promoted Lt General B M Kaul and General Pran Nath Thapar. These officers did not know where the border was.

However, with the exit of both Nehru and Menon, the era of the neglect of the defence forces ended to some extent. The impressive showing of the Indian Army in the 1965 War with Pakistan restored some pride. Russian and American military supplies boosted military strength.

While evaluating the Chinese threat, the thing to note is that the India of 2017 is not the same as the India of 1962. Besides, the Chinese are not exactly known for their fighting skills. The PLA may be the world’s largest army, but it has performed atrociously in a series of major conflicts.. This article examines four of China’s post-1962 conflicts and how the PLA fared against well-armed and professional armies.

On 7 September 1967, a PLA commissar asked the soldiers of 18 Rajput to stop fencing the border at Nathu La – a border pass in Sikkim, which back then was an Indian protectorate. When the soldiers refused, the Chinese launched an artillery attack. Unlike in 1962, the Indian Army was prepared. It had placed howitzers at strategic locations aimed at Chinese military positions. The Indian guns launched a withering counter-attack that stopped only after three days. Indian gunners scored several direct hits on enemy bunkers, including a command post from where the Chinese operations were being directed.

On 13 September, India announced a unilateral ceasefire – a fitting reply to China’s offer almost to the week.

Smarting under their humiliation, the Chinese attacked a second time on 1 October at the nearby Cho La pass. This time it was the men of the Gorkha regiment who engaged in close-quarter combat, killing 40 elite Chinese commandos, resulting in a massive PLA rout. However, the Indian Army withheld fire on their retreating enemy. The defeated Chinese left Sikkim and withdrew three kilometres from the border. Since then, Nathu La and Cho La have been under Indian control, and China has never claimed these passes.

At 4,380km, the Russia-China land border is the world’s longest. But since Tsarist times, it had been poorly demarcated, with both countries having overlapping claims over it. In the 1960s, following the ideological split between the two Communist allies, the border became a flash point with 658,000 Soviet soldiers facing a million PLA troops. In March 1969, 61 Soviet soldiers died in a Chinese ambush, and their corpses were mutilated. The Russians hit back so hard that, in the words of Robert Gates, Central Intelligence Agency director at the time, from American satellite pictures, the Chinese side of the river bank was pockmarked like a moonscape. The Chinese death toll: over 800, with thousands more injured.

The Chinese stab in the back made the Russians so angry that they seriously considered launching a nuclear attack. Washington secretly wanted someone to eliminate the Chinese for them but decided that a hostile China on Russia’s border would be good to keep Moscow on edge.

China survived, but it was so traumatised by the disproportionate Russian military response that it immediately started looking for a strategic alliance with the United States. The bottom line: the Russia-China border has remained peaceful ever since.

In 1978, the battle-hardened Peoples Army of Vietnam (PAVN) – which had only three years ago defeated the mighty Americans – launched an invasion on Cambodia. The invasion ended the genocide being committed by the US and China-backed Pol Pot regime, which had murdered two million of the country’s eight million population.

In order to “teach Hanoi a lesson”, the following year, a 200,000-strong Chinese force invaded Vietnam. (Interestingly, the invasion took place when India’s foreign minister Atal Behari Vajpayee was visiting Beijing.) In the 29-day war that ensued, the highly trained PAVN defeated the PLA, killing up to 63,000 Chinese soldiers and capturing hundreds more.

In his 1985 book, Defending China, Gerald Segal writes that China's 1979 war against Vietnam was a complete failure: “China failed to force a Vietnamese withdrawal from Cambodia, failed to end border clashes, failed to cast doubt on the strength of the Soviet power, failed to dispel the image of China as a paper tiger, and failed to draw the United States into an anti-Soviet coalition.”

After years of unsuccessful negotiations, a border pact was finally signed between the two countries in 1999.

The last time the India-China border came live was in 1986-87, when the cunning Chinese did a Kargil on India in Arunachal Pradesh. In 1984 and 1985, the Indian Army had set up camps in the border areas in summer and returned to the foothills in winter. When they went back in 1986, they found the PLA had crossed the Line of Actual Control (LAC) and set up a military camp in the pasture on the banks of the Sumdorong Chu river in Tawang district. Incidentally, this was close to the Thag La ridge, where the two armies had fought a bloody battle in 1962.

With the Chinese refusing to move back and “supreme leader” Deng Xiaoping declaring his intention to teach India “another lesson”, army chief General Krishnaswami Sundarji launched Operation Falcon, airlifting T-72 tanks and BMP-armoured personnel carriers to the area, occupying the high ridges overlooking the Chinese positions. It was the exact opposite of the 1962 situation when the Chinese had the higher ground. Both armies were eyeball to eyeball for seven years when in August 1995 the Chinese finally blinked. The Chinese knew if the two armies clashed, 1962 would be reversed.

For decades, Beijing has pursued a strategy of boxing up India in South Asia so that New Delhi is unable to compete with it globally. According to strategist Subhash Kapila, “China is a compulsive destabiliser of South Asian regional stability and security, with the end aim of keeping India off-balance.”

China cannot attack India because India’s military is modern, large and highly professional. Plus, a war would kill the market for Chinese goods in India. Beijing will therefore continue to use Pakistan to keep India down. New Delhi’s prime objective therefore should be to weaken Pakistan by supporting independence movements in Balochistan, Sindh and Khyber Pakthunkhwa.

That, more than anything else, would demoralise the Chinese.