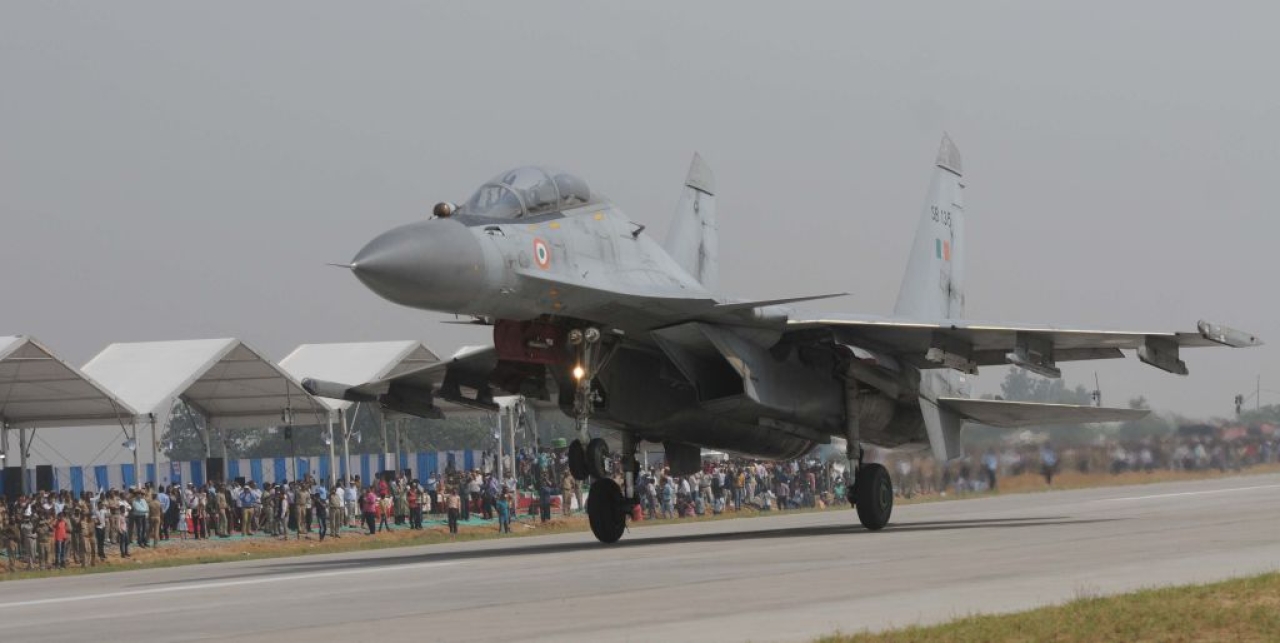 Udayant Malhoutra is the Chief Executive Officer and Managing Director of Bangalore-based Dynamatic Technologies Ltd. It is a well known name in the Indian Aerospace & Defence industry. Toby, as he is known in the Corporate World, has transformed the company from making hydraulic pumps into a key global single source supplier of complex aero structures to big original equipment manufacturers (OEMs) like Airbus, Boeing and Bell Helicopters. Malhoutra is a young CEO, who is extremely optimistic on the potential in this sector. The other verticals added by him over the years are Automotives and Home Land Security. He spoke to Anupama Airy and shared his views on the “Make In India initiatives” for the defence sector.

Q: India has taken substantial strides towards indigenising its defence requirements. How has the indigenisation drive progressed so far. What more needs to be done to achieve faster implementation of this program?

A: While Dynamatic has been making in India for India and the World, the main indigenisation process has just about started with Indigenously Designed, Developed and Manufactured (IDDM) and Make Projects. We need to give this process time.

The military-industrial complex in India is barely 30 years old, while the global defence companies are celebrating their hundredth and one hundred and fiftieth anniversaries. There is already a fast track procedure in the Defence Procurement Procedure (DPP); so it is more for the user to understand the process, so that he can implement programmes faster.

In the absence of the Indian National Defence University (INDU), special acquisition/ procurement courses have to be done by military officers; in fact, the issues are getting more challenging and complex by the day and I recommend a separate military cadre that should deal with acquisitions and defence production.

Q: What are the major programmes across defence sector where Indian industry sees potential?

Q: As industry, what are your expectations from the government on the policy front?

A: As industry our expectations from the government are that they create a truly level playing field. Inter-operability will need to be introduced into the DPP, sooner than later. The DPP stresses more on probity than on operational factors like logistics and training. Nobody is saying that probity and transparency are not important, but we must give operational aspects the attention they deserve. Nowhere till now has the T1(highest technology) factor been seen to be applied. L1 (Lowest bidder model) still rules the day. Enhanced parameters remain in the books and have yet to surface.

Q: Talking specifically about your company, how can you contribute towards the Make in India initiative for Defence?

A: As said earlier, Dynamatic has been making in India for the last three decades. We were the first to indigenise the T 72 hydraulic system, when the Soviet Union broke up in the early 90s. We went on to partner with the Defence Research and Development Organisation (DRDO) in their efforts to develop India’s first Pilotless Target Aircraft - Lakshya.

There are many such success stories which Dynamatic has been involved and we have gone on to win many awards from the government, relating to creativity and indigenisation. Presently our concept of defence manufacturing is in line with fence-sense-defence.

We have partnered with the best Israeli companies to get their technology into the country and then Make in India. Towards this, we will make Unmanned Aerial Vehicle (UAVs), CIBMS and PIDS, as also armoured and multi-purpose vehicles, with technology from Israel Aerospace Industries, Magal and Carmor - all world renowned companies.