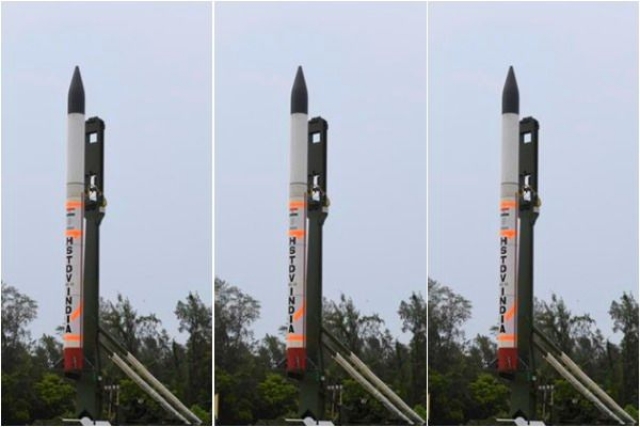 As part of the test, the hypersonic vehicle was given the necessary momentum for the fight using a solid rocket motor — an Agni-I missile booster. The missile booster took the vehicle to a height of 30 km. At this stage, the heat shield separated and the air intakes of the vehicle opened.

Following this, the hypersonic combustion sustained and the cruise vehicle being tested by the DRDO travelled at a velocity of six times the speed of sound, or nearly 2 km per second, for more than 20 seconds.

The success of the test demonstrated many critical technologies such as aerodynamic configuration for hypersonic manoeuvres, use of scramjet propulsion for ignition and sustained combustion at hypersonic flow, thermo-structural characterisation of high-temperature material and separation mechanism at hypersonic velocities.

Using these technologies, India can develop hypersonic missiles in the future.

These hypersonic missiles will use scramjet engines, which was successfully demonstrated in today’s flight test of HSTDV.

Kerosene was used as the fuel in the scramjet combustor.

This report in the Hindustan Times says that the DRDO will be able to develop a hypersonic missile with scramjet engine in “next five years”.

In a slide that appeared in this Livefist piece on HSTDV in 2019, the DRDO appears to have listed the application of these technologies in platforms used for extended air-defence (interceptor missiles), reconnaissance, surveillance and, most importantly, “global targeting”, which could mean long-range missiles.

One of the most critical advantages of hypersonic missiles is the difficulty of defending against them. Travelling at more that five times the speed of sound and having the ability to manoeuvre during the flight, hypersonic missiles can dodge enemy missile defence systems.

Russia, the United States, and China are at different stages of developing hypersonic weapons, including missiles. In December 2019, Russia said its Avangard hypersonic missile had entered into service.  This made it the first country to claim an operable hypersonic weapon. China had displayed its DF-17 hypersonic glide vehicle in a military parade last October. The US tested an unarmed hypersonic weapon in March this year.

India had flight tested its hypersonic weapon technology demonstrator in 2019 for the first time. Some reports at the time, including this one in Livefist, said that the test conducted by the DRDO may have been only partially successful.