Fresh Tensions In Ladakh After India Thwarts China’s Plans To Grab More Territory. Here Are Five Things You Should Know 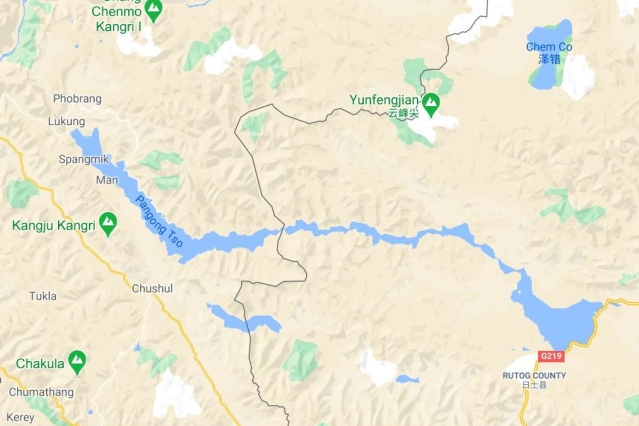 On the intervening night of 29 and 30 August, the Indian Army thwarted “provocative military movements” by China’s People's Liberation Army (PLA) aimed at changing the status quo by grabbing more territory at Pangong Tso in eastern Ladakh, where the two sides have been locked in an unprecedented military face-off for over four months now.

Here are five things you should know:

1) The ongoing conflict between India and China in eastern Ladakh, which in the Pangong Tso area was largely limited to the lake’s northern bank — mostly the “finger area”, has now expanded to its southern bank.

“Finger”-like features jut out from the Chang Chenmo range, which lies north of Pangong Tso, and run almost perpendicular to the south towards the northern bank of the the lake, forming the “finger area”.

The fingers are labelled 1 to 8 in the above map.

India holds area up to the western side of Finger 4, where it has its bases, and claims that the Line of Actual Control (LAC) runs through Finger 8.

China, however, claims that the LAC runs close to Finger 2. The PLA has a permanent base near Finger 8.

While Indian patrols went up to Finger 8 to assert their claim, the Chinese troops came up to the eastern side of Finger 4 for patrolling.

But in May, Chinese troops occupied the area up to the eastern side of Finger 4, blocking Indian patrols which used to go up to Finger 8 (Read: Pangong Tso Stand-Off Explained: Change In Status Quo By China That India Wants Reversed).

This Chinese action led to the current stand-off between the two sides at Pangong Tso sometime around late April or early May.

While all of this unfolded on the north bank of the lake, military tensions revealed by the Indian Army today have been reported from the south bank.

2) The south bank of Pangong Tso, and area further south, including Chushul, had witnessed pitched battles in the 1962 conflict.

The Yula complex, on the south bank of the lake, had three posts, all manned by a company of 1/8 Gorkha Rifles, the official history of the 1962 war says.

“By 22 October, the Chinese were in complete control of the north bank of Pangong Lake and maintenance of Yula posts by boat became difficult as Chinese were firing with MNGs on boats,” the official history reads.

The troops from the three posts at Yula were withdrawn by India to the Spanggur Gap, a break in the mountain chain south of the Yula complex.

It was for the fierce fighting at the Spanggur Gap, to defend Chushul and other areas on the Indian side on the south bank of the Pangong Lake, that the Indian Air Force airlifted tanks from Chandigarh to Ladakh (Read: When India Airlifted Tanks To Ladakh To Halt The Chinese Army)

3) The Srinagar-Leh highway, the only direct road-link between the Kashmir and Ladakh, has been closed for civilians after renewed tensions in Ladakh.

The move, experts pointed out, was possibly taken to facilitate seamless movement of troops and equipment to Ladakh from Kashmir while keeping the scale and other specifics of the movement under wraps as much as possible.

Large Indian Army convoys, consisting of both men and machine, were seen on the Leh-Srinagar highway following the clashes in the Galwan Valley.

4) China redeployed its fifth-generation fighter, J-20, to an airbase near Ladakh right before it attempted to change the status quo on the southern bank of Pangong Tso, reports say.

The fighter jet, which the Indian Air Force says has been tracked by it despite its stealth characteristics, has been “flying extensively” in the area.

"The J-20 has been deployed by the People’s Liberation Army Air Force at the Hotan air base and they have been flying close to the Indian territory near Ladakh and adjoining areas. The deployment of strategic bomber aircraft is also still on by the Chinese," news agency ANI quoted a source as saying.

China watchers say that the PLA may have decided to redeploy J-20s in the area in response to the delivery of Rafale fighters to India.

The IAF had, in a statement issued ahead of the delivery of the fighters, had hinted at quick operationalisation of the platform.

In the statement, issued in July, the IAF said its air and ground crew have undergone “comprehensive training” on the aircraft in France, including its “weapon systems” and are “fully operational” now.

The PLAAF, according to Air University's China Aerospace Studies Institute (CASI), deploys around 12 unidentified variants of Flanker (Su-27) at its base in Hotan. An assessment published by CASI late last week, based on satellite images dated 14 June, says China has deployed “an additional 24 aircraft” at this airbase.

5) Over the last few months, China has been improving its military and dual-use infrastructure in Indian and Tibetan territory under its occupation.

As reported in July, new construction activity has been seen at China’s Ngari Gunsa airbase in Tibet, located just 200 km away from Pangong Lake.

Satellite images dated 15 May, posted by an open source intelligence handle on Twitter, show construction in a large area parallel to the runway since April 2020. According to reports, it could be a “second taxi-track or a secondary tarmac”.

Along with other military infrastructure along India’s border, China is also constructing surface-to-air missile sites and a heliport near Sikkim.