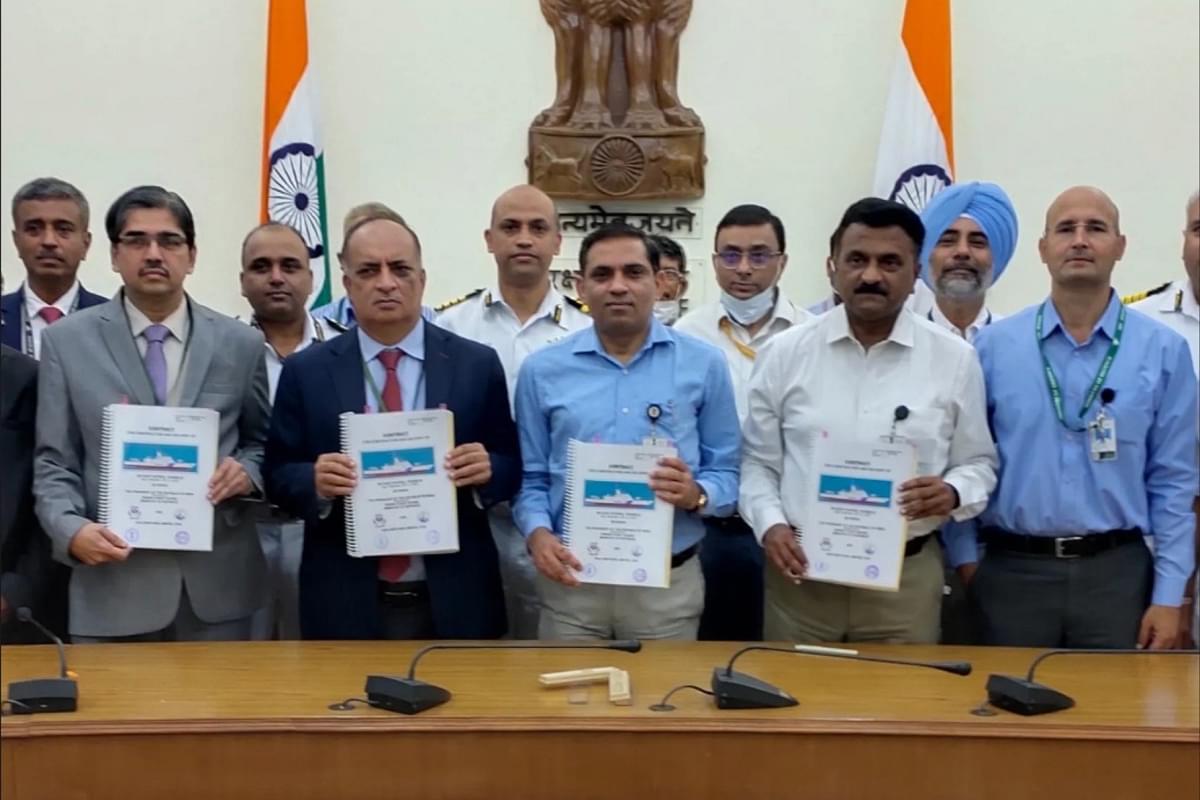 The Ministry of Defence has signed a contract with Goa Shipyard Limited (GSL) for construction of eight Fast Patrol Vessels for Indian Coast Guard at a total project cost of Rs 473 crore, an official release said on Monday (28 March).

The contract was signed by Joint Secretary (Maritime and Systems) Dinesh Kumar and GSL CMD BB Nagpal in New Delhi.

These surface platforms will be indigenously designed, developed and manufactured by GSL under Buy (Indian-IDDM) Category, the Defence Ministry said in a release.

These eight high speed vessels will be based along the coast of India with capability to operate in shallow waters and enhance the security apparatus along the vast coast line, the ministry said.

While meeting the objectives of ‘Aatmanirbhar Bharat’, this would boost the indigenous shipbuilding capability and increase employment opportunities in the sector, according to the ministry.

The contract will further boost the Government’s resolve of making India a defence manufacturing hub which caters to not only the domestic needs but also the export market, it added.