IAF To Procure Six Indigenous Light Utility Helicopters; Here's Everything You Should Know About It 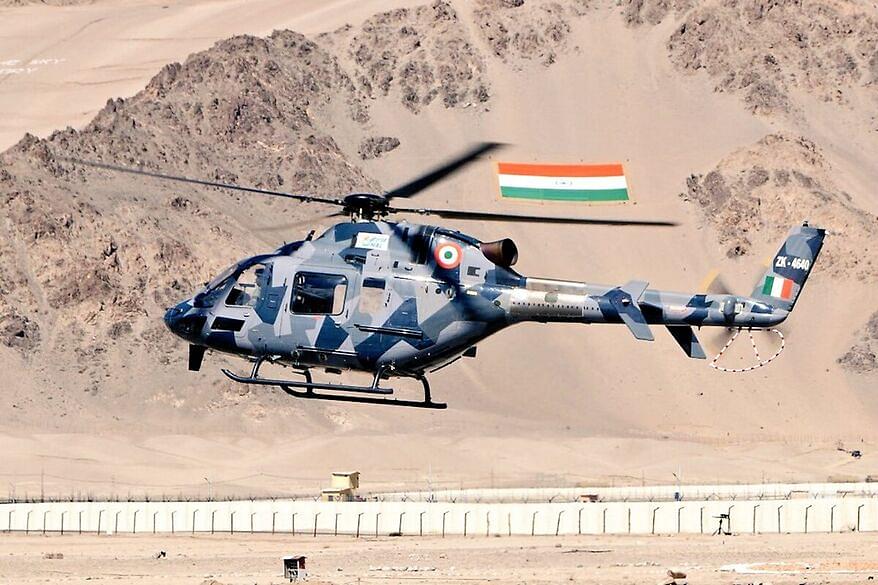 The helos will replace the ageing fleet of Cheetah and Chetak utility helicopters in service with the IAF. It is capable of carrying more than eight times the meaningful payload to the highest helipads in the world, as compared to the Cheetahs, reports say.

The LUH has undergone rigorous testing. In August last year, in the middle of the standoff with China, two prototypes of the helo landed in Ladakh for capability demonstration.

According to Livefist, the helicopters flew sorties "between Leh, forward airfields like Daulat Beg Oldie and even super-high altitude helipads at the Siachen glacier".

To reach Ladakh, the prototypes flew from Bangalore to Leh, a distance of over 3,000 km, in three days, without performance issues.

In 2019, an LUH prototype operated from Daulat Beg Oldie, the highest airfield in the world, lying close to the border with Tibet.

The helicopter is powered by a single turbo shaft engine Ardiden 1U from French aerospace supplier Safran with adequate power margins to accomplish high-altitude missions in Himalayas with ease.

"This design ensures that the engine remains very cost-effective, particularly in terms of maintenance and cost of ownership. These engines are particularly well-suited to demanding mission profiles, delivering sustained performance in hot-and-high conditions," Safran says.

"Since its first ground test in 2015, the Ardiden 1U maturation and certification campaign has accumulated around 1,000 hours of operation," the engine maker adds.

LUH had received Initial Operational Clearance for the Indian Army from the Centre for Military Airworthiness and Certification at Aero India 2021.

"All certification activities like ground testing, Ground Test Vehicle endurance runs, system testing, flight testing including hot weather trials, cold weather trials, sea level trials and hot weather high altitude trials have been completed. Based on the flight trials carried out, all PJSQR requirements for basic helicopter certification have been complied with satisfactorily," the Ministry of Defence said in February.

Over the next few years, the Army and the Air Force are likely to place orders for over 200 such helos to replace Cheetahs and Chetaks.