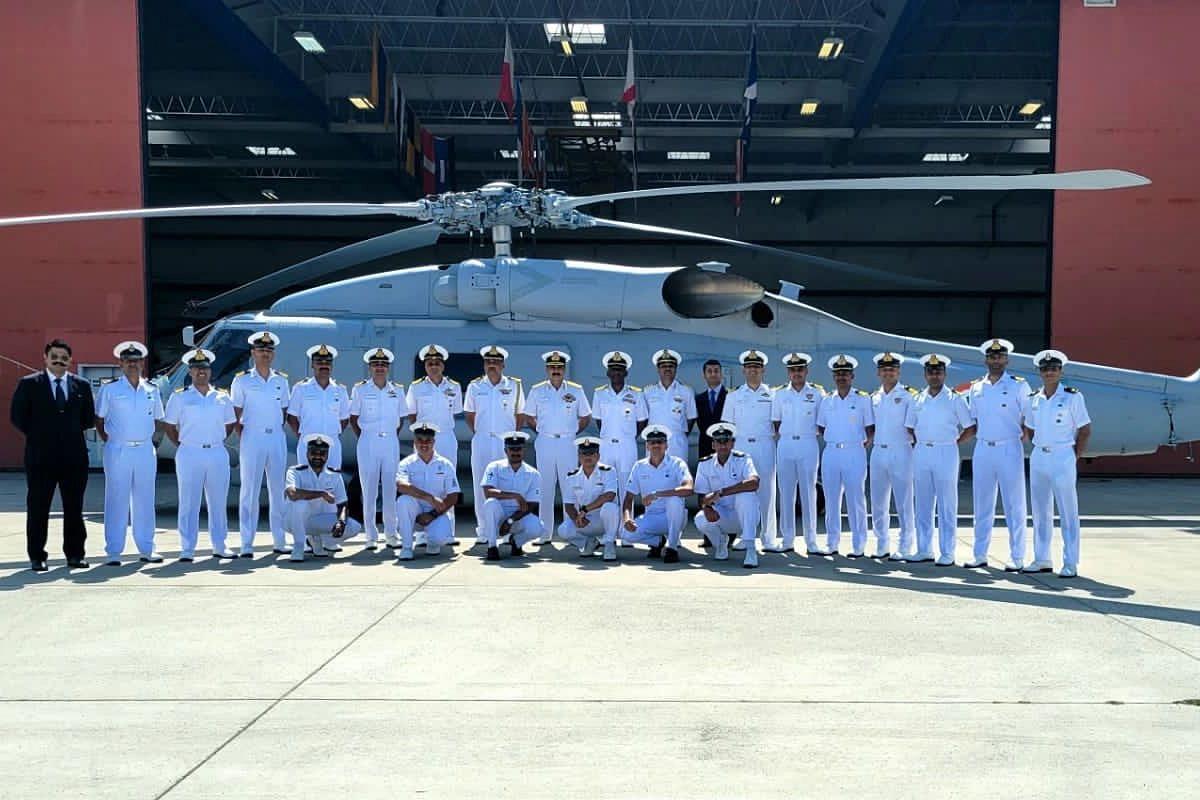 The Indian Navy's first batch of aircrew for its newly acquired MH-60 helicopters has completed training in the United States.

"The crew underwent 10 months of intensive training, including day and night deck landing qualification," the Indian Navy has said, adding, "They would be responsible for inducting the versatile ‘Romeo’ into the Indian Navy... commencing mid-2022."

The Narendra Modi government had signed a $2.13 billion deal with the US for 24 MH-60R helicopters in February 2020, during then US president Donald Trump’s visit.

The first Sea King helos landed on INS Vikrant, the first aircraft carrier of the Indian Navy, in July 1971, just months ahead of the Bangladesh liberation war. Navy contracted for an improved version — Mk42B Sea King — in 1982, and 20 of these were delivered to it between 1988 and 1992.

According to reports, less than 10 Sea Kings remain in service today, leading to an acute shortage of anti-submarine warfare helicopters in the navy.

Due to this shortage, some of the Indian naval warships go to sea without dedicated anti-submarine warfare (ASW) helos at a time when the presence of the People’s Liberation Army Navy in the Indian Ocean is growing.

The MH-60s will come with Telephonics APS-153(V) radar, which, among other things, has high-resolution Inverse Synthetic Aperture Radar (ISAR) imaging option. Using ISAR, Telephonics says, the helo can classify detected moving ship targets under night and restricted visibility and operate from outside the enemy’s visual and lethal range.

The helos will have AN/AQS-22 Airborne Low Frequency Sonar system as its primary undersea ASW sensor. According to Raytheon, this is the only in-service dipping sonar with multi-frequency operation, which helps it adapt its performance to varying environmental conditions.

These helicopters will be equipped with the Advanced Precision Kill Weapon System (APKWS) laser-guided rocket, which BAE Systems has been pitching to the Indian forces for years.

Apart from APKWS, the helos will also be equipped with AGM-114 Hellfire air-to-surface missiles, the Kongsberg Naval Strike Missile with proven sea-skimming capabilities for the anti-ship role and Raytheon MK54 torpedoes.

Also Read: India-US MH-60 Helicopter Deal: Why This Is A Critical Purchase And What Capabilities It Brings For The Navy