India-China Stand-Off In Ladakh: Here’s Everything We Know So Far About The Face-Off In The Galwan Valley 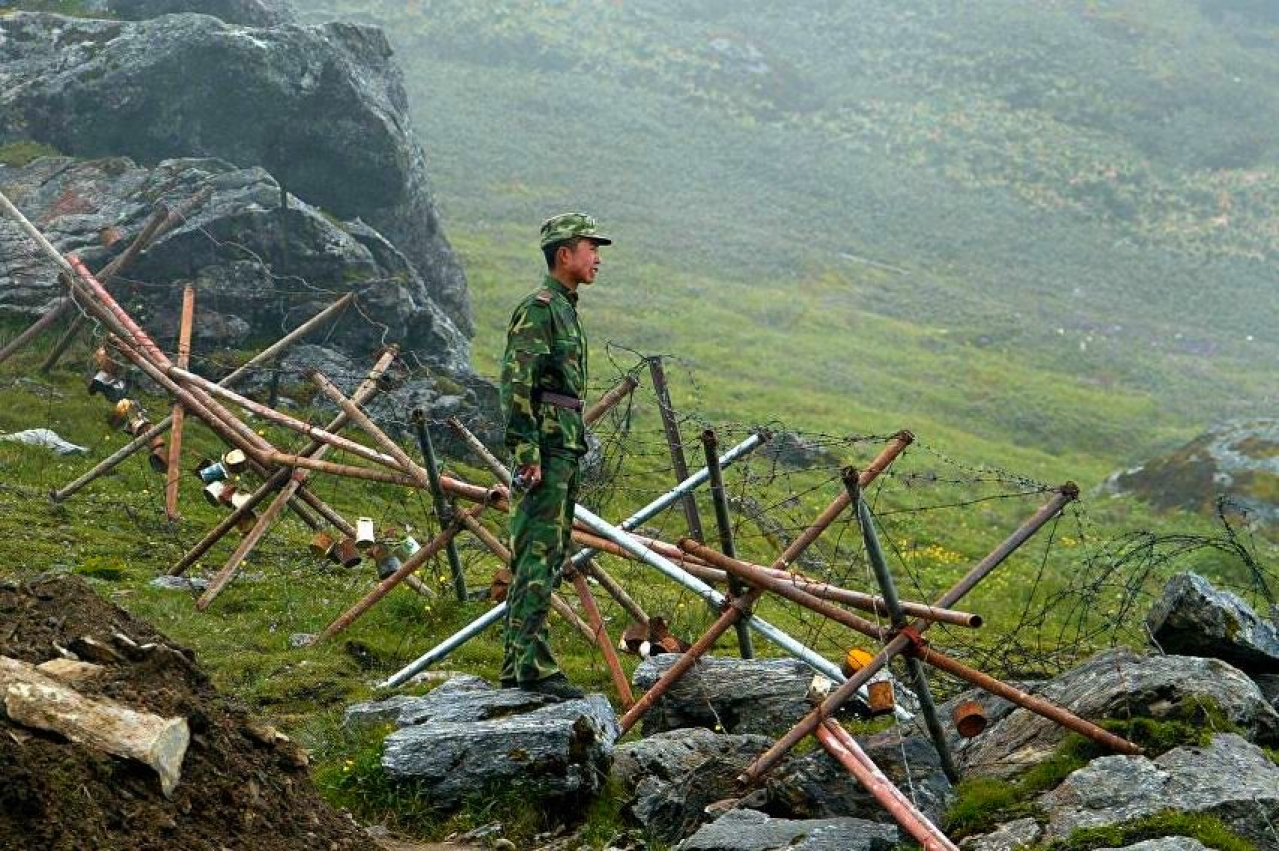 India and China are currently locked in a stand-off along the Line of Actual Control (LAC) in Ladakh’s Galwan Valley. The face-off, which appears to have intensified over the last few days, has now entered its second week.

The stand-off, first reported by Economic Times (ET) on 12 May, has also been confirmed by the Chinese Communist Party’s hawkish mouthpiece, Global Times.

Although the government and the Army have not spoken out on the new flashpoint, the stand-off is believed to have started on 5 May.

What’s happening at the stand-off site?

The latest ET report says India has rushed in additional troops to the flashpoint and constructed defensive positions after China’s buildup.

“..several hundred soldiers from each side have been deployed as the standoff entered its second week,” the report says, adding that the Chinese have built “over 80 tents” and “temporary defensive positions” in the area.

The Global Times has said in its report that the People's Liberation Army has ‘bolstered border control measures and made necessary moves’, adding that ‘China has a military advantage in the Galwan Valley region’.

What has sparked this face-off?

India, the ET report says, was building a road in the region to “carry out patrols”, and the PLA’s bid to stop this construction has led to a stand-off.

“Sources said the Chinese moves have come after a road was being constructed by India to carry out patrols in the area that would also be useful for the local population. The People's Liberation Army (PLA) bid to stop the road construction activities has led to a standoff,” the ET report reads.

The Global Times accuses India of crossing the “boundary” in the Galwan Valley region since early May. “Indian side built defense fortifications and obstacles to disrupt Chinese border defense troops’ normal patrol activities,” it says.

Location of the stand-off

The Galwan River Valley is located in north-eastern Ladakh, east of the Aksai Chin plateau illegally occupied by China.

The map below indicates the location of the Galwan Valley and other important landmarks in Eastern Ladakh, including Chushul, Spanggur Gap, Pangong Lake and Daulat Beg Oldi. 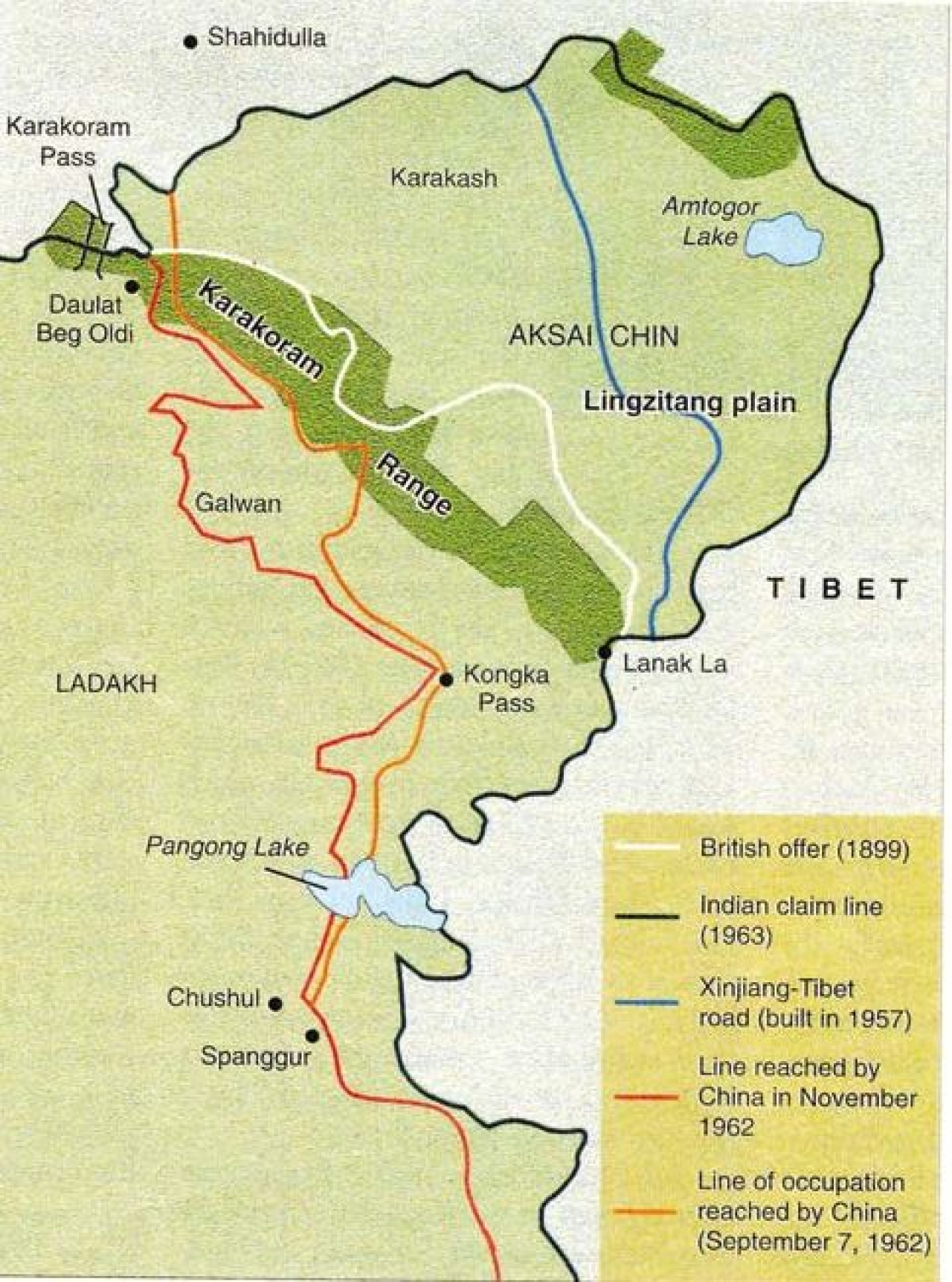 This map indicates the location of the Galwan Valley and other important landmarks in Eastern Ladakh like Chushul, Spanggur Gap, Pangong Lake and Daulat Beg Oldi.

By some accounts, this region was east of China’s 1956 claim line. However, sometime around 1960, China advanced its claim line westwards.

What happened in this region in 1962?

In July 1962, as tensions with China started to rise, India decided to set up a new post in the Galwan Valley to block a possible approach to Leh via Shyok Valley.

The Western Command considered this an unnecessary provocation and was against the move, but the decision of the Army Headquarter prevailed.

As a result, a platoon-size post was established in the region between 4 and 6 July by the 1st Battalion of the 8th Gorkha Rifles.

Just days later, on 10 July, around 300-400 PLA troops encircled the post and took positions within 50 yards of it but did not attack.

In a note on 12 July, India told China that its forces in Galwan were “not only poised in menacing proximity to existing Indian posts in the area” but that “their incessant provocative activities… may create a clash at any moment.”

Although tensions subsided a little, the post remained surrounded by the Chinese for the next few months and had to be maintained by air.

When the Chinese finally attacked on 20 October, the post had been reinforced by “a company less a platoon” of the 5th Battalion of the Jaat Regiment.

As a result, the strength on the Indian side came up to “two officers, three JCOs and 63 other ranks”. The Chinese Army overran the post in hours, killing “the Regiment Medial Officer, two JCOs and 30 other ranks”.

Major (later Lieutenant Colonel) Shrikant Hasabnis, a company commander in 5 Jat, and others were taken Prisoners of War.

“When we were flown into that post we knew we were walking into a death trap. But the 60 had no meaning because more than 2,000 Chinese were around us in circled conditions and not only that, they had a very big ring around us of trenchers, morchas, and communication weapons. They used to show their weapons as if you show windows,” Lt. Col. Hasabnis recalled a few years ago.

“...jawaans used to say, ‘saab yeh to haath baandh ke bhi ayenge to hum inko kahi nahi le jaa sakte (Even if they come with their hands tied, we can't take them anywhere)'. Even our jawaans were making a joke out of it,” he said in 2012.

Get Swarajya in your inbox everyday. Subscribe here.
Tags:
473 Shares