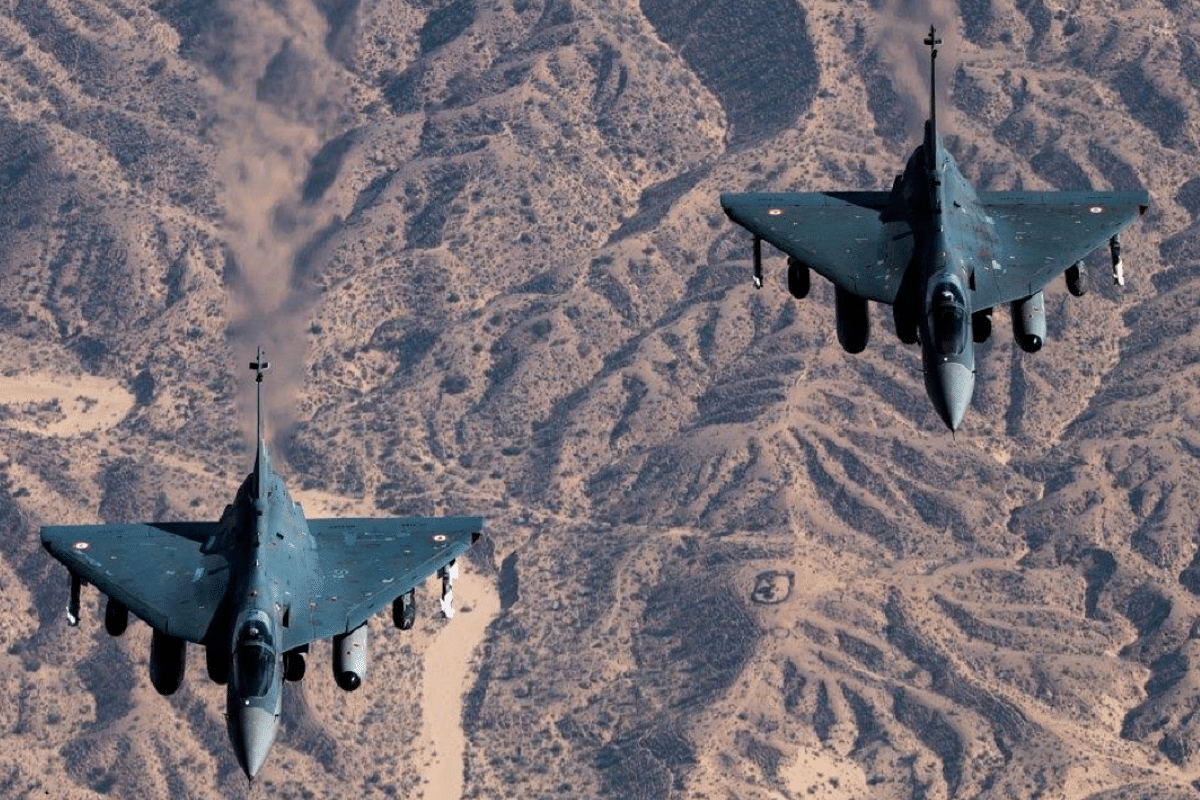 The defence ministry said a 44-member contingent of the Indian Air Force (IAF) reached Singapore on Saturday to participate in the air show to be held from February 15 to 18.

Manufactured by state-run aerospace behemoth Hindustan Aeronautics Ltd, the Tejas aircraft is a potent platform for air combat and offensive air support missions while reconnaissance and anti-ship operations are its secondary roles.

Singapore Air Show is a biennial event that provides a platform for the global aviation industry to showcase its products.

The ministry said the IAF will be pitching the indigenous Tejas MK-I aircraft alongside participants from across the world.

'The Tejas aircraft will be enthralling the audience with its display of low-level aerobatics displaying its superior handling characteristics and manoeuvrability,' it said in a statement.

'The participation of Indian Air Force in the air show provides India with the opportunity to showcase the Tejas aircraft and to interact with counterparts from Royal Singapore Air Force and other participating contingents,' it said.

In the past, the IAF participated in similar air shows like LIMA-2019 in Malaysia and Dubai air show last year to exhibit indigenous aircraft and formation aerobatic teams.