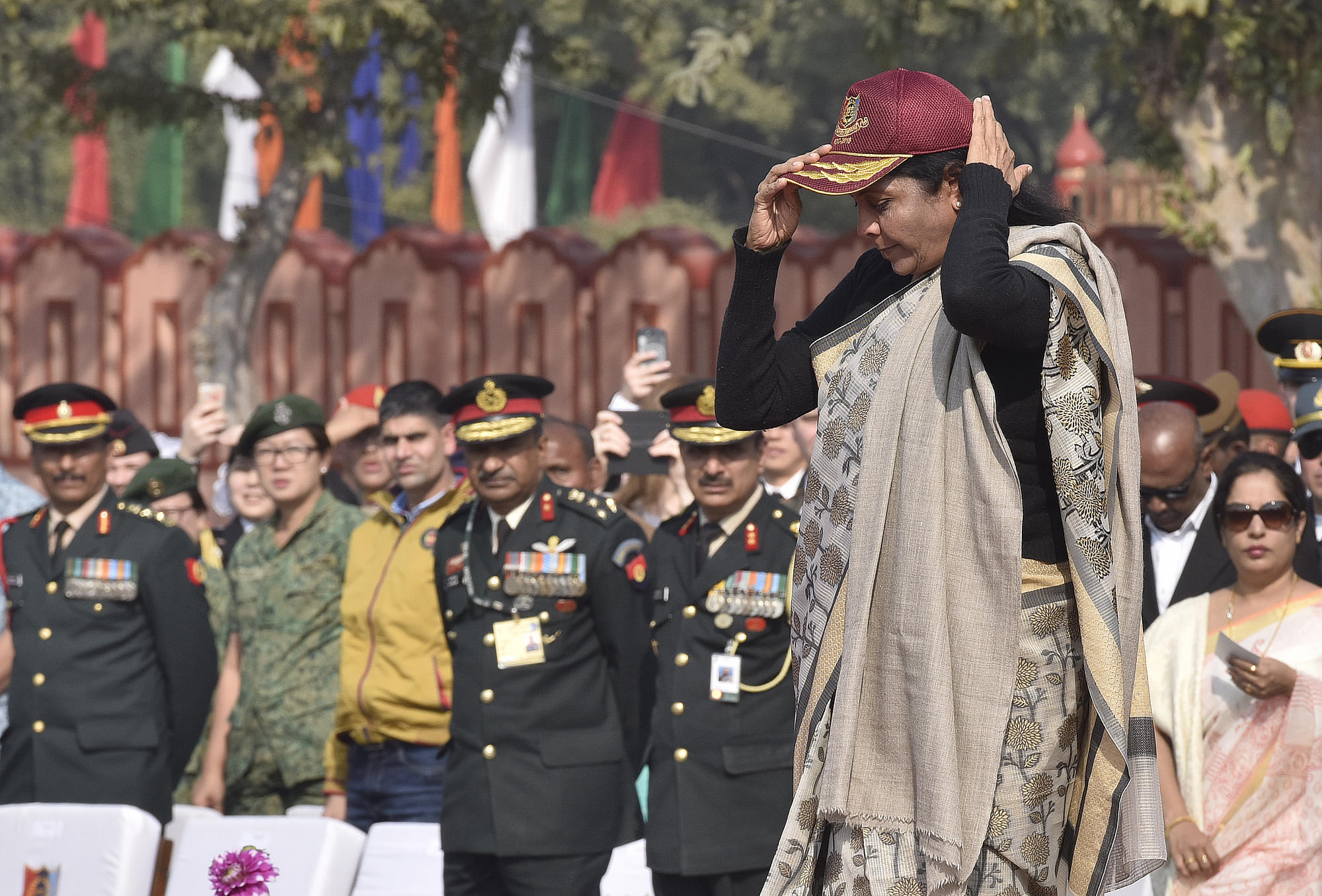 All is definitely not well within the ranks of the 49,700-odd officers of the Indian Army. The reason: nearly a quarter of it has been superseded and is, thus, demotivated and disillusioned. The problem of un-empanelled or superseded officers, in the Indian Army is reaching serious proportions and there seems to be no road map ahead to address this serious issue, say serving and retired officers.

In any hierarchical organisation with a steeply pyramidal structure, it is only natural that fewer and fewer officers pick up rank and reach the higher echelons of service. For instance, there is only one four-star general in the army (the army chief), while there are 86 lieutenant generals, 299 major-generals, 1,144 brigadiers and 5,189 colonels. There are more than 43,000 officers of the ranks of lieutenant colonels and below. Only a fraction of them will eventually become colonels and command a battalion. Likewise, only about 22 per cent of the colonels will pick up the next rank while about 26 per cent of the brigadiers will go on to become major-generals, a little over 28 per cent of major-generals will become lieutenant generals and just one among the 86 three-star generals (0.86 per cent) will become the army chief.

While every officer-cadet who joins the force is well aware of the fact that he may not make it past the rank of colonel, the issue of supersession has been compounded by the implementation of the recommendations of the Ajay Vikram Singh Committee formed after the 1999 Kargil War, says a retired Lieutenant General who commanded a strike Corps. The committee, which examined all issues facing the army in detail, discovered that many of the commanding officers of battalions were above 40 years of age and, thus, not in the prime of health and fitness. The committee recommended that the age of empanelment for colonels be reduced to 16 years of service. Thus, the age profile of empanelled colonels has come down to the late 30s.

While an officer, thus, now has a chance of picking up the rank of a colonel and command a battalion much earlier, this has also created attendant problems. The reduction in the number of years of service required for empanelment means that more officers are not being empanelled at a younger age. Roughly 40 per cent lieutenant colonels are empanelled to become colonels after 15 years of service. The remaining 60 per cent who are not empanelled thus have little to look forward to. Yes, they will get promoted to the rank of colonel after another 11 years of service (that is, a times-scale promotion after 26 years of service), but they will not get to command a battalion or hold any command position. They will only occupy staff positions which are normally held by lieutenant colonels.

Similarly, the empanelment criterion for colonels to brigadier has also come down from the earlier 29 to 30 years of service to 24-25 years of service now. That means a larger number of younger colonels are not being empanelled for promotion to the next rank. “A superseded officer of the rank of lieutenant colonel has put in 16 years of service and has an equal number of years to spend in the force. But thanks to being superseded, he tends to get demotivated and loses interest in his work since he does not have anything to look forward to,” says a colonel-ranked officer who has not been empanelled for the next rank.

“Lieutenant colonels and the ranks below them form the cutting edge of the Indian Army. They are the ones who fight the actual battles and lead the men under them to face the enemy. If some among them lack motivation and are disillusioned, the morale, efficiency and effectiveness of the force will suffer terribly. Superseded officers lose their commitment towards the force and often suffer from the stigma of being overlooked in a force that is extremely rank-conscious. What is more, superseded officers are not considered for important posts and are relegated to performing secondary tasks. This leads to breakdown of the officer’s morale and spirit,” said the serving Colonel.

The large number of superseded lieutenant colonels and colonels in the Indian Army are, quite literally, deadwood in the force. Not by choice, but by force of circumstances. There is no honour in being superseded in the first place, and denial of important or meaningful duties and posts to such officers amount to rubbing salt in his or her wounds. Such an officer, say serving and retired officers, cannot be expected to give his or her best to the organisation and cannot be expected to perform at optimum levels. Such officers merely serve out the remaining part of their tenures in the army and go about their not-so-important duties in a perfunctory manner.

The downside of this whole system of promotions can be mitigated through some novel measures, say officers. One solution is to increase the proportion of the support cadre (the Short Service Commission or SSC officers) within the army. At present, SSC officers make for just 10 per cent of the officer strength of the army. If this proportion is increased to at least 30 per cent, the problem of non-empanellment and the consequent disgruntlement among the ranks of officers can be avoided to a large extent.

Short service commission (SSC) officers, who now undergo training at the two Officers’ Training Academy (OTA) at Chennai and Gaya, join the army and serve for a period of 10 or 14 years. That is, they have the option of retiring with full benefits after 10 years of service, or can stay and serve their entire tenure of 14 years. They can also opt for permanent commission and, depending on their calibre and performance, are accepted or denied permanent commission. Now, if the intake of SSC officers is increased to 30 per cent and the option of permanent commission is not open to them — this won’t cause any heartburn since cadets would join the OTA knowing fully well that they will serve for only 14 years — then 30 per cent of the officers of the rank of lieutenant colonel (that is the maximum rank an SSC officer picks up) will not be eligible for empanelment for rank of colonel.

Some armies of the world — the US and British armies being the most notable ones — follow this model. In fact, in both these armies, the initial intake is that of SSC officers who get extensions of service only as they are selected to the next higher rank. For instance, a major would get an extension of service only when he is selected for the post of lieutenant colonel and so on. In the British Army, officers have an initial service period of three years and officers graduate from SSC to Interim Regular Commission to Regular Commission. A major becomes eligible for promotion in between the ages of 37 to 52, while a colonel becomes eligible to be promoted to the rank of brigadier-general in between 43 to 52 years of age.

The Ajai Vikram Singh Committee which carried out a comprehensive analysis of the performance of the Indian Army in the 1999 Kargil War examined this in some detail and recommended that two models with the regular officer cadre varying between 35 per cent and 47 per cent. But not much has progressed on this front, though the opening of the second OTA at Gaya in 2011 is a step towards increasing the proportion of short service commission officers in the Indian Army.

But for this to happen, says the retired lieutenant general, and for the nation to get its best and brightest youngsters to serve in the short service commission, the terms and perks of SSC officers need to be improved drastically. “In this day and age, when youngsters have a wide range of attractive career options, the army needs to compete with other employment avenues and position itself as an attractive career option. A stint in the army should become a very prestigious option and add immense value to a young man’s CV, like in the USA where army personnel and officers are highly respected and all those who have served in the US Army find lucrative appointment in the private sector and also in various wings of the civil administration,” he said.

A former army commander (he retired as the GOC-in-C of a regional command) recommends: “SSC officers must be given attractive cash compensation packages at the end of their service tenures. They have to be given adequate study leave to pick up skills and qualifications for post-army jobs. They can also be given preference in recruitment to the Assam Rifles (a para-military force) and central armed police forces. SSC officers should also be given age and other relaxations for entry into the central administrative services like the Indian Foreign Service (IFS), the Indian Administrative Service (IAS) and the Indian Police Service (IPS),”said the retired army commander.

“A stint in the Indian Army should be looked upon by a bright young person in the country as an attractive option both in the long and short run. This tenure in the army should be enough for him or her to land a very good and prestigious job. That is the only manner in which short service commissions can be made attractive, and if SSCs are made attractive and the proportion of SSC officers in the army increases, the problems of stagnation and disgruntlement facing the army will also decrease in direct proportion,” he added.