Indian Nuclear Weapons Are Much More Than Mere Weapons Of Devastation 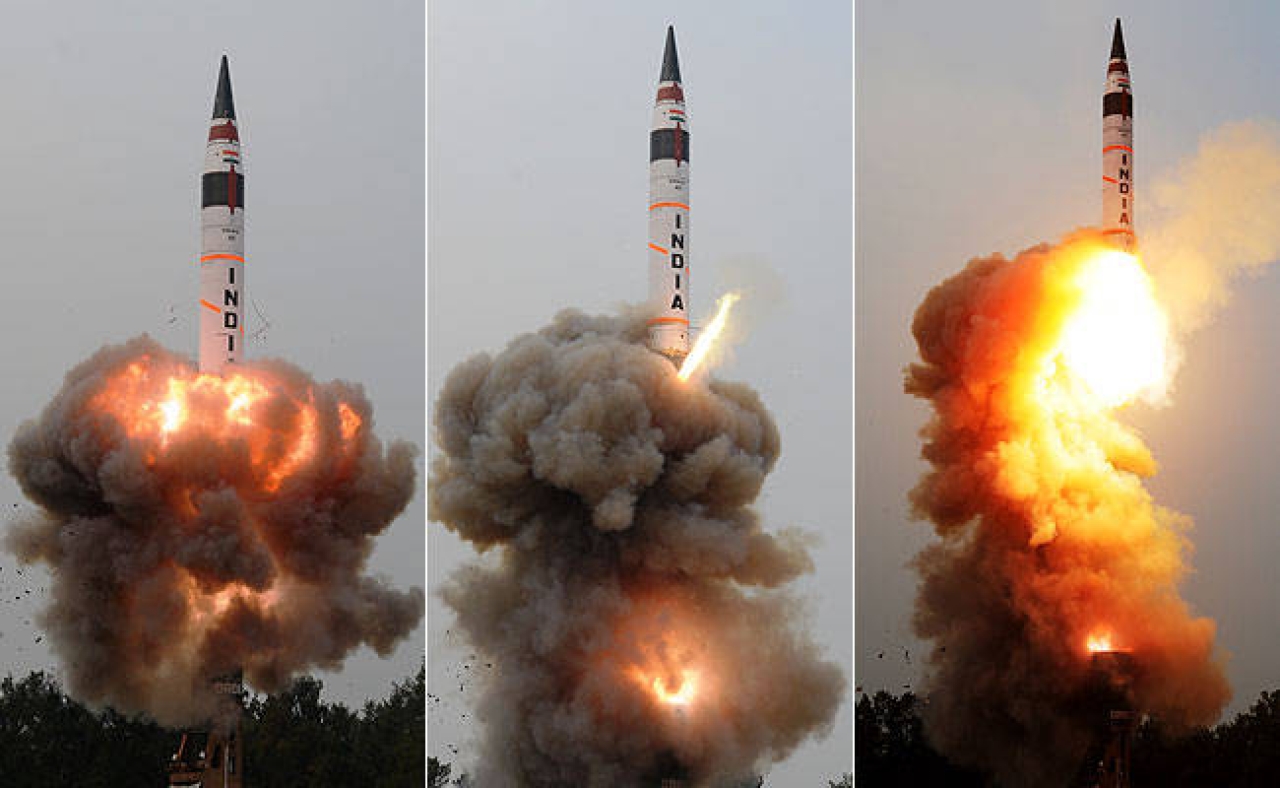 After publicly testing her nuclear weapons for the first time at Pokhran, India under the National Democratic Alliance (NDA) government swore by the no-first-use doctrine. For these weapons of destruction beyond human imagination were not just that. They were political armament that could redefine power equations among the nuclear weapon states (NWS) in the nuclear age.

Though India declared that these were the nation’s defence against nuclear threat and blackmail, it was also made clear that if anyone dared use any such weapons against us, retaliation was assured, an unapologetic one at that.

Author and diplomat Shivshankar Menon’s decades of experience in various critical positions that include being the national security adviser to former prime minister Manmohan Singh, and the Indian High Commissioner to Pakistan, and Sri Lanka and the ambassador to China and Israel, in his book Choices: The making of Indian Foreign Policy, sheds light on the nitty gritty of the reasons behind five crucial decisions that the nation has made, one of which is the thought behind India’s No First Use nuclear policy.

There has been debate in India over whether the country’s no-first-use commitment adds to or detracts from deterrence. Successive Indian governments that have reviewed the question repeatedly since 1998 have been of the view that a no-first-use policy enhances India’s deterrence efforts.

India’s situation and approach are very different from those of the United States. The United States saw its problem as not just deterring the Soviet Union but figuring out how to deter conventional and nuclear aggression against exposed allies confronting local conventional inferiority. In other words, the United States was to provide extended deterrence to its allies. The United States, therefore, distinguishes between first strike and first use of nuclear weapons and argues for preemption in self-defence. Most US scholars would argue that a no-first‑use or a first-use policy is neither inherently destabilising nor stabilising and that the effect of either would depend on the country’s capabilities and adversaries.

For India, on the other hand, the country’s geographic and strategic situation meant that nuclear weapons were not seen as the answer to problems of conventional defence. India’s problem has been how to deter Pakistan’s or others’ first use of nuclear weapons against India and further attempts at nuclear blackmail to change India’s policies.

What are the alternatives to no first use? Announcing that India would strike first if it considered it necessary, as Pakistan and the United States do? Some say that our declaration is already meaningless as it is only a pious hope and does not cover other NWS. If it is meaningless, why the fuss? But that aside, a first-strike doctrine is surely destabilising, and does not further the primary purpose of our weapons of deterring blackmail, threat, or use of nuclear weapons by an adversary against India.

It is hard to see how it would. As for other contingencies, there are ways for India to handle them other than by using nuclear weapons. India’s nuclear weapons are to deter other countries’ use of nuclear weapons; hence the no-first-use commitment is to nuclear weapon states (NWS). There is a potential grey area as to when India would use nuclear weapons first against another NWS. Circumstances are conceivable in which India might find it useful to strike first, for instance, against an NWS that had declared it would certainly use its weapons, and if India were certain that adversary’s launch was imminent. But India’s present public nuclear doctrine is silent on this scenario.

Another idea that is often mentioned as an alternative to no first use is proportionate responses to a nuclear attack. There is nothing in the present doctrine that prevents India from responding proportionately to a nuclear attack, from choosing a mix of military and civilian targets for its nuclear weapons. The doctrine speaks of punitive retaliation. The scope and scale of retaliation are in the hands of the Indian leadership.

Besides, what is a proportionate response to weapons of mass destruction except other weapons of mass destruction? So it is not clear what the advocates of proportionate response are really asking for. These are weapons of mass destruction whether one chooses to call them tactical or strategic, and with its no-first‑use doctrine, India has reserved the right to choose how much, where, and when to retaliate. This is an awesome responsibility for any political leader, but it is the price of leadership and cannot be abdicated to a mechanical or mathematical formula or a set of strategic precepts. No first use is a useful commitment to make if we are to avoid wasting time and effort on a nuclear arms race, such as that between the United States and the Soviet Union, which produced thousands of nuclear weapons and missiles and economically contributed to the collapse of the Soviet Union.

In our geography, the use of nuclear weapons as weapons of war is hardly useful militarily. For nine months of the year prevailing winds on the India-Pakistan border are westerly, and population densities on both sides of the border guarantee that there is little distinction in effect and practice between the use of tactical or strategic nuclear weapons in the India-Pakistan context.

I recall that the Pakistan Army started talking of developing and using tactical nuclear weapons in response to India’s alleged Cold Start doctrine for conventional forces only when there was a real risk of the Pakistan Army losing its internal and external relevance and when General Musharraf seemed close to settling the Kashmir situation and taking some steps against jihadi terrorists. If there was a real fear of a Cold Start strategy among Pakistan Army strategists, it is hard to understand the steady move of Pakistani forces away from the Indian border and toward performing internal security and other functions in western Pakistan since 2004.

As Pakistan’s is the only nuclear weapons program in the world controlled exclusively by the military, it is also likely that sheer institutional momentum and interests led to decisions by Pakistan to increase the number of its warheads and to develop and deploy “tactical” nuclear weapons, despite the problems of command and control of these weapons, which must be devolved down the military chain of command, and the limited military utility of nuclear weapons against India in the specific India-Pakistan context.

Other recent Pakistani decisions, such as setting up separate strategic forces commands for the country’s air force and navy, also seem to be similarly driven by service and institutional interests rather than by rational calculations of national interest. Since India’s doctrine is based on no first use, our posture and nuclear arsenal have to survive a first strike by any enemy or potential combination of adversaries. Hence India’s decision to go in for a triad of delivery systems, by land, sea, and air. Once the SSBN Arihant, the nuclear-powered ballistic missile submarine, is fully commissioned, the triad will be in place.

Today, India has effective deterrence against both China and Pakistan. This has been a huge and largely secret effort and has been achieved by India faster than by any other NWS. We are sometimes accused of excessive secrecy in relation to our own people and scholars. That is because the purpose of the nuclear weapons program is to deter our adversaries, not our own people or scholars. And our adversaries will, in any case, believe what they think they have discovered and ferreted out, not what we say in public. Of course, we will be most convincing if what we say matches what they find out for themselves.

Advertisement
Book Cover of Choices: Inside the Making of India’s Foreign Policy

Excerpted from Choices: Inside the Making of India’s Foreign Policy by Shivshankar Menon, Penguin Random House India , 2016 with the permission of the publisher.

Get Swarajya in your inbox everyday. Subscribe here.
Tags:
143 Shares