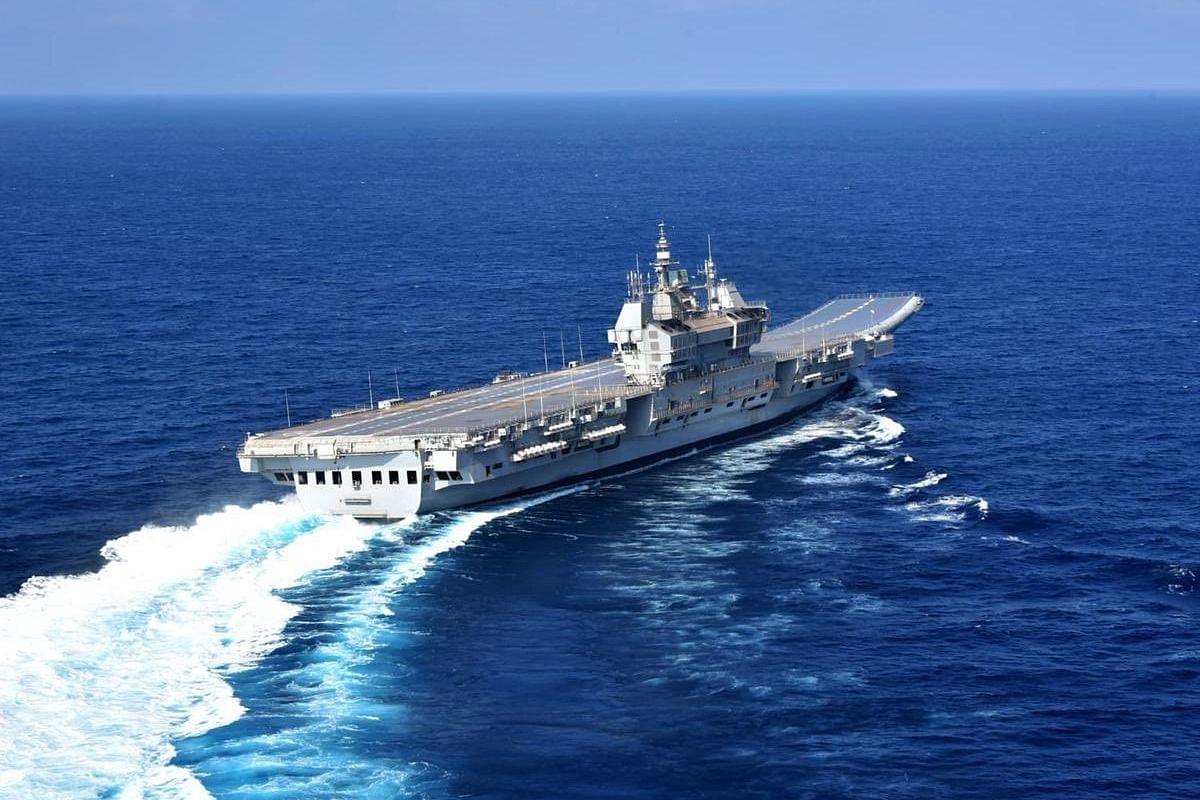 Pune, Nov 30 (PTI) Chief of Naval Staff Admiral R Hari Kumar on Wednesday said the integration of aircraft with the newly commissioned aircraft carrier INS Vikrant is likely to be accomplished by May or June next year.

The sea-going trials are already over after which the carrier was commissioned. Now, the aircraft integration trials have been started, he told reporters after reviewing the Passing Out Parade of the 143rd course of the National Defence Academy (NDA) at Khadakwasla in Maharashtra's Pune district.

'The first thing we need to check is about the aircraft landing system. Those trials are going on currently. Normally, the integration of the aircraft takes anytime between six to eight months from the commissioning of the aircraft. We hope to accomplish it by May or June before the monsoon,' he said.

On the induction of the first batch of women cadets in the NDA, he said, 'Our forces are gender neutral. Women are already doing combat services. There are women officers in the forces including Navy.' The Navy has started inducting women sailors as well which is a landmark achievement, he said.

'This year, we had 3,000 vacancies for sailors for which we received 10 lakh applications including 82,000 from women,' the Navy chief said.

Asked about the Navy's modernisation plan, Admiral Kumar said, 'The Indian Navy is on a modernisation programme. Our first small ship was commissioned indigenously in 1960. Since then, we are building ships bigger and bigger. After this, we started building destroyers, culminators and aircraft carriers. Incidentally, the (latest) aircraft carrier is 76 per cent indigenous, so its a great achievement for the nation.'

In the last seven years, 29 ships and submarines built in India have been commissioned, he said.

'We have 45 ships under construction out of which 43 are built in India. We are processing the acceptance of necessity for another 49 ships. Thus, there's much focus on the modernisation plan and the government is supporting us. The work is in progress as expected,' he added.

Asked about the budget for the Indian Navy, he said, 'There's no problem of budget. There is adequate budgetary support from the government to support all the programmes which we are taking forward.'