Is Self-Reliance In Defence A Good Idea? Imports Worth Billions Every Year Give India Foreign Policy Leverage 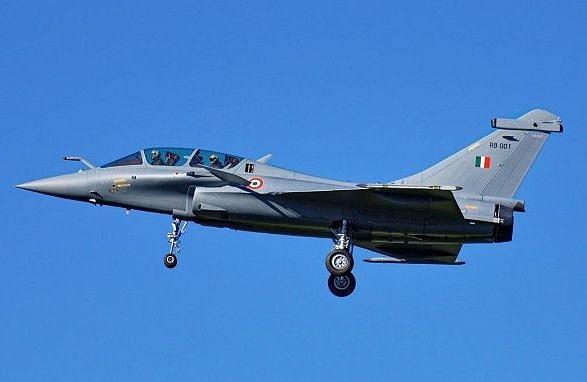 In the fourth tranche of the economic package, the Finance Minister announced some steps to be taken to indigenise defence production through measures such as banning the import of certain kinds of weapons and platforms, hiking FDI et cetera.

While we await the details, I would like to argue that excessive indigenisation can harm India’s interests.

The sheer magnitude of India’s defence imports makes it an extremely potent instrument of foreign policy.

Imagine there is a committee of five people who take important decisions that affect you (not a committee member).

What should you do to turn the decisions in your favour?

Often, in such situations, people trade favours, i.e., in return for taking a favourable decision, you ‘compensate’ the committee members in some form or the other.

India finds itself in this situation when it comes to global superpowers, or groups such as the United Nations Security Council (UNSC).

Its five permanent members are: US, Russia, France, UK and China.

By some historical accounts, it would have been India and not China as the fifth member.

But that is a matter for another day. For now, rather than reflecting over what could have been the case, we have to accept the reality and move on.

Given the geopolitical realities, it behooves any government of India to please at least some international powers on issues such as Kashmir and China.

In this regard, being the second largest arms importer in the world is one of India’s strongest geopolitical levers.

Consider the following: The Rafale deal that India signed with France was worth €7.87 billion.

To appreciate the scale of this amount, the total trade (import plus exports) between India and France was worth €10.69 billion in 2017.

In fact, the total defence deals between India and Russia are set to cross $16 billion.

In comparison, the target for India-Russia trade is $30 billion in 2025.

USA, a superpower that has always viewed India with suspicion until recently, signed a $3 billion deal with India recently.

These are substantial amounts. Given the close links between defence manufacturers in any country and the power corridors, India is a client that these governments would rather not upset.

Considering the informational asymmetry between outsiders such as myself, and the diplomats engaged in back-channel negotiations, it is courageous to say anything with certainty.

But it seems that the results of a newly forged partnership with France are already showing.

France has supported India on various important issues in the recent past, such as making India’s case to be included in the reformed UNSC, or the Kashmir issue, where China sought to bring it to the table at the behest of Pakistan.

Moreover, notwithstanding the difficulties in developing the capabilities to build a Sukhoi or a Rafale in India — where a Tejas takes decades to deliver — the bigger downside of cutting imports from superpowers is that India loses an important bargaining chip.

By threatening to reduce our dependence on, say, Russia, we also threaten to lose its support internationally.

One would say that it is a price worth paying because no superpower is dependent on other countries for its high-end defence equipments.

This may have been true in the twentieth century. But, in today’s times, a frontal war is very unlikely.

It is necessary to have a state-of-the-art weapons system primarily for deterrence but, it is not entirely clear whether any of this is ever likely to be used in an actual combat.

Deadly weapons of the twentieth century have been replaced by technology today.

Big Data and Artificial Intelligence are lethal weapons for surveillance and espionage.

As Kai Fu Lee puts it in his book, AI Superpowers: China, Silicon Valley, New World Order, “If data is the new oil, then China is the new Saudi Arabia”.

China has made extraordinary advances in technology in comparison with India, and in fact even the US.

The Government of India could study the Chinese model closely to emulate it and build a technology ecosystem in India.

The most important challenges for national security today are about intelligence, surveillance and communication.

All of these are fundamentally reliant on being at the forefront of the technological curve.

But the good news is that, unlike manufacturing fighter aircrafts, empowering the armed forces using technology guided weapons (spy satellites, robotic border patrols, information warfare devices) is not as resource-intensive.

India should target this space. We have the necessary human capital in this space and also an ally in Israel, the world leader in a number of high-tech weapons.

The road ahead should be to identify and focus (if not done already) on some high-tech weapons that we want to produce, both in the space of traditional warfare to the new-age informational warfare.

At the same time, we should continue to use defence imports as a leverage in important bilateral relations.

Most Rafales, while excellent in themselves, are likely to retire without inflicting a single casualty.

The author would like to thank Kunal Singh for his comments and suggestions.

Aditya Kuvalekar is an Assistant Professor of Economics at the University of Carlos III Madrid. He works on game theory and market design.